Been such a long day (though I guess it's technically over by now since it's almost 3 am by now....) But we had so much fun! Met up with the other girls in Shinjuku a little past noon yesterday to get the last few things for our birthday celebration preparations.


It was Bera's birthday this weekend, so we headed over to Isetan to get a birthday cake. But for some reason the entire department store was closed this day.... So sudden change of plans and a search for another cake store. We eventually ended up at Takano. I guess they're more known for their fruits, and they even have a fruits tabehoudai, so we're planning on going back there soon! Anyway, they also had some nice cakes, so we got this prepared: 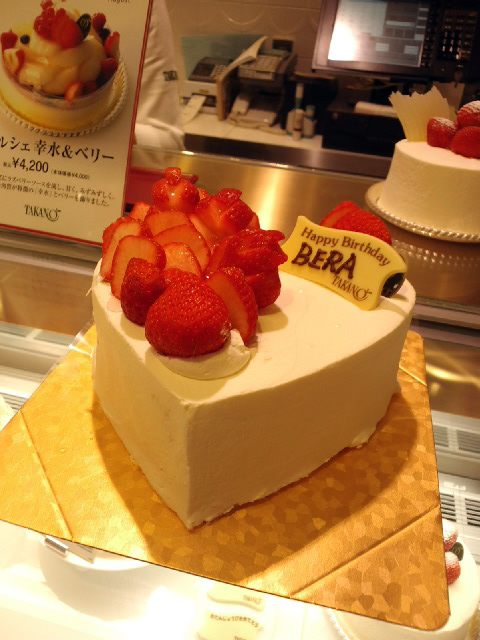 Hopefully the cake survived alright on its way between Shinjuku and Takadanobaba.... I tried to keep it in the shadow as much as possible whenever we had to walk outside, but it was 34°C out there; lord knows how hot it was in the sun (*_*)
Also got some shochu and champagne, as well as some birthday cards before heading over to a restaurant for lunch near the livehouse. 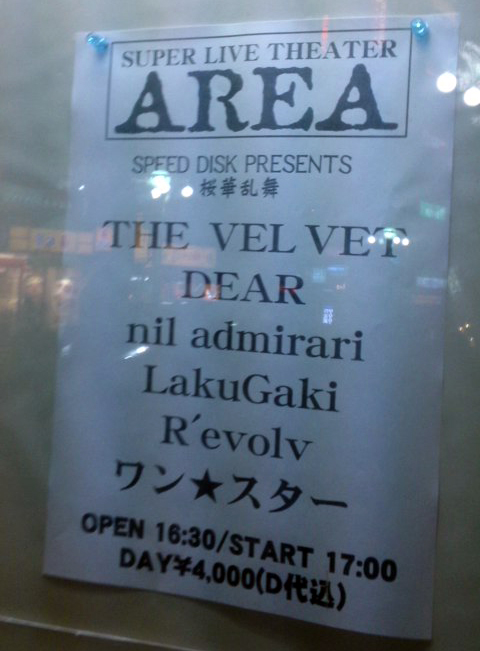 There were a comfortable number of people at the live; not as deserted as last time, but nothing near crowded either. There was also a cute kid (elementary school age) running around. He joined the front row for one of the bands x) If it wasn't for the fact that some of Velvet's furi could be kind of dangerous for such a small child it'd be fun if he would have joined us as well! THE VELVET was the fourth band, so we had a few hours of waiting to do, and watched the other bands playing before them. LakuGaki was up first, and the vocalist was sort of..... horrible ^^; I thought he was using some sort of mic effect at first, cause he sounded exactly like a cartoon chipmunk ^^; Oh well, they looked fairly young still. Maybe there's a chance of improvement.
R'evolv I've seen several times before, and they did an ok job as usual :) DEAR had come all the way from Osaka, and were lively and fun.

For THE VELVET we decided to have some fun with the front row and didn't enter at our usual spots. Sent the silly people over to kamite: 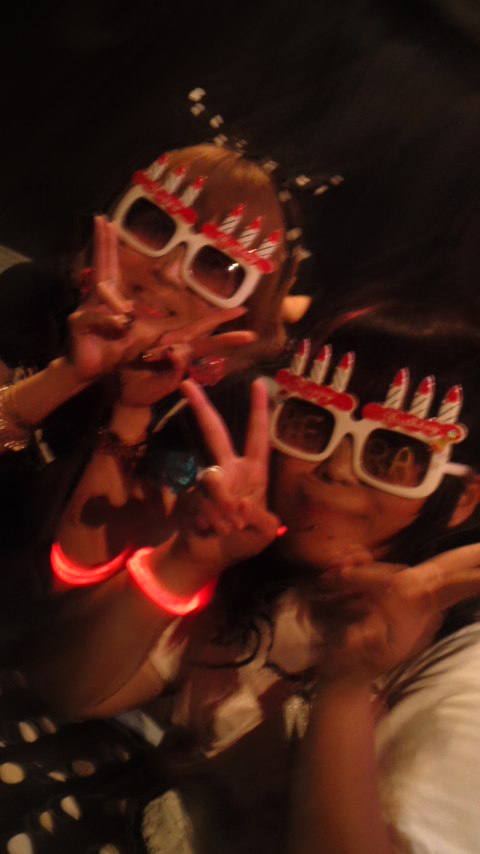 I ended up at the center, in front of MiMi. I like them all equally, so it was nice to be in front of him for a change :) Might do this change again later. I wish MiMi would come to the kamite side more often! (The same goes for Hizuru. I'd love for Mai to come to the front more often too, but I guess that's sort of impossible...) Of course, not being used to having the vocal box thing right in front of me (Seiji never used that when I was dosen for Art Cube), I managed to hit my head right into it during the sakudai, lol...ouch.. I'm sure MiMi might have noticed since he was on top of the box at the time XD

Apart from the continuous absence of RIDE ON ME (seriously, what's up with that...) that was a really nice setlist :) Made up for not being able to play seijaku last time, and I really like Cinderella and usotsuki onna. I'm assuming we'll be expected to do some moshing again at the sponsored event that's coming up soon, so I'll enjoy all mosh-free lives until then <3 But at least we shall be more people than usual to do it at that live! (btw, if anyone reading this happens to be in Tokyo on summer vacation or something on September 9th, feel free to send me a message :) Bands appearing are listed here. New people are always welcome.)

AREA doesn't allow people to present cakes to bands during lives anymore, so we handed over that and the other stuff to Bera at the goodstable. I guess we burdened him with a lot of extra stuff to carry ^^; Hopefully they got to finish as much cake and drinks as possible at the livehouse/wherever so that there won't be any need to struggle with carrying it back home.

Went on to have dinner after that, and stayed out past the last train, so ended up walking to Shinjuku together with Manami as she was going to an all night event there.

Was also presented with even more birthday gifts from the other fans! (for me, not B :p) This year's birthday just doesn't seem to end :D I love these people. 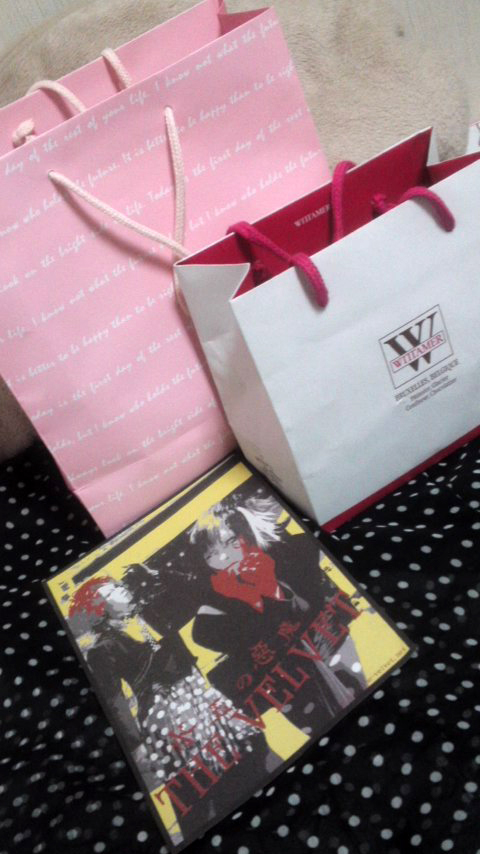 Will make an entry about other stuff that's been going on over the past week too. But first, sleep.