Yesterday was a national holiday, which was mainly spent in Takadanobaba :)

Arrived early, and killed some time at an archade while waiting for Akari and Manami. 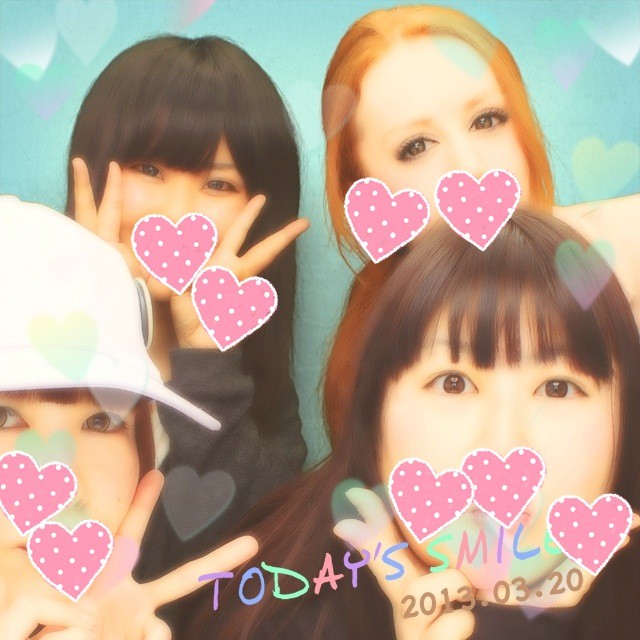 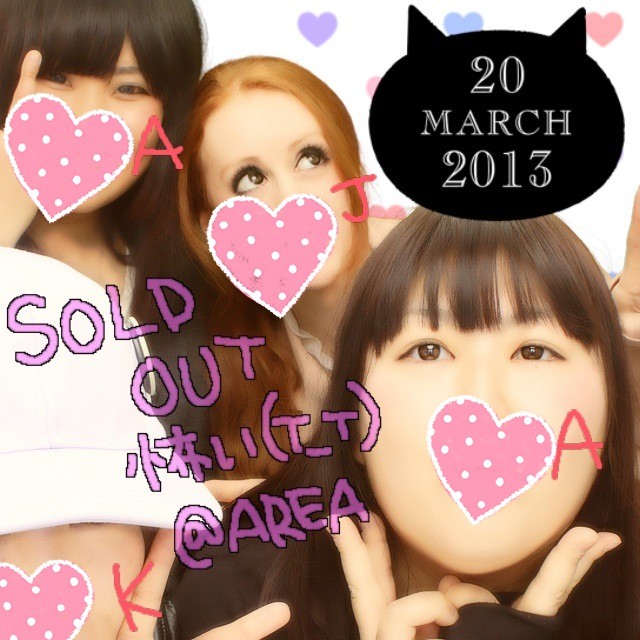 Went over towards AREA around 4pm and met up with the others. SO many people there this day (c_c) The event sold out in less than two minutes, and apparently they sold more tickets than the official capasity of the venue... 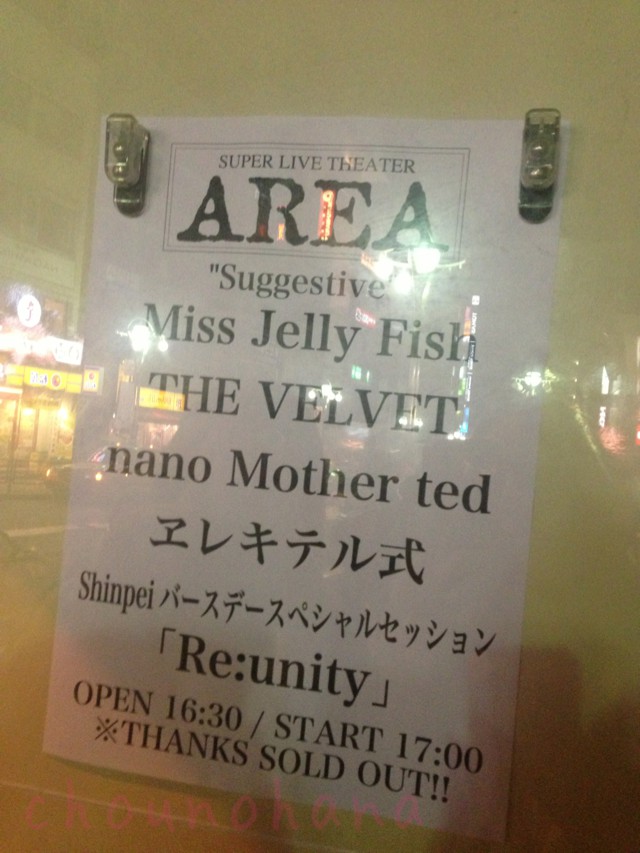 Thankfully the Matenrou Opera shikiri emailed me a list of the order every band would play in before the live. Once a band had started playing the room was so packed you couldn't move anywhere.
Velvet was going to be the third band, so we hung out pretty comfortably in the back while Miss Jellyfish was playing. After that we joined the front row for the second band, nano mother Ted. They were fun! Unfortunately it was way too hot to do much more than simple furi since Velvet would be on right after them.

Seijaku and Android back to back at such a crowded event... *death* They're both fun though, and for once we actually had enough people to come jumping on us during the sedai parts, while we act as futon (ouch).
I'm glad they haven't stopped playing Seijaku even though they have new songs now. Most of the fans prefer that one.

On a Velvet related note;
the band has a new blog → http://s.ameblo.jp/the-velvet-info
and a new twitter → @THE_VELVET_info
Both members are updating :)

Spent the rest of the event waiting outside the hall as some of the others watched the session. The majority of people had come to see that, recognized quite a few old-time Versailles fans, so the area outside was quite peaceful. Lake was there too!♡ (previous staff)

Everything was over around 9pm. Ai's birthday was earlier this week, so we had reserved a room at an izakaya nearby :) 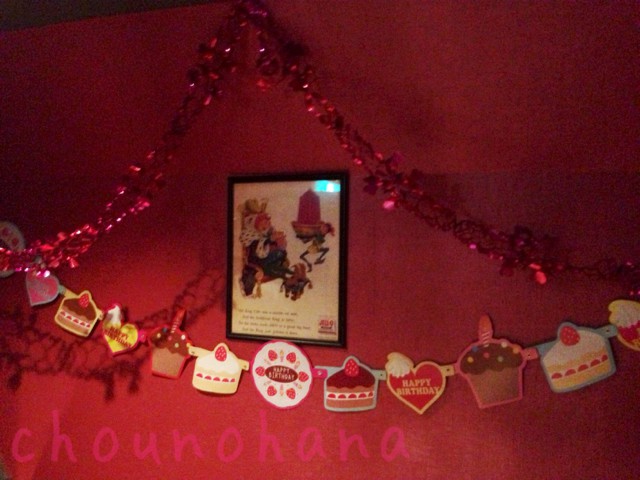 Started out with a fancy champagne tower. 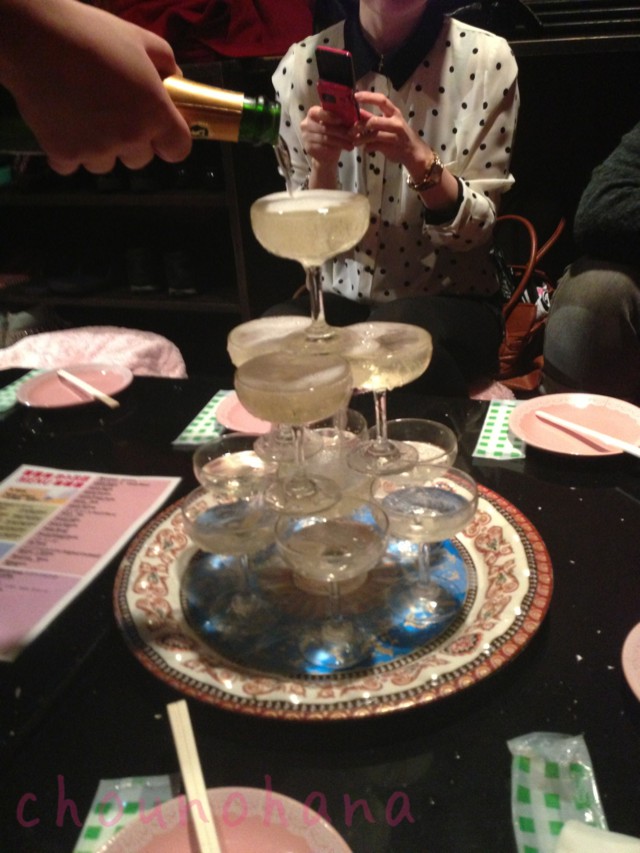 ...which Ayaka finished quite a bit of, lol 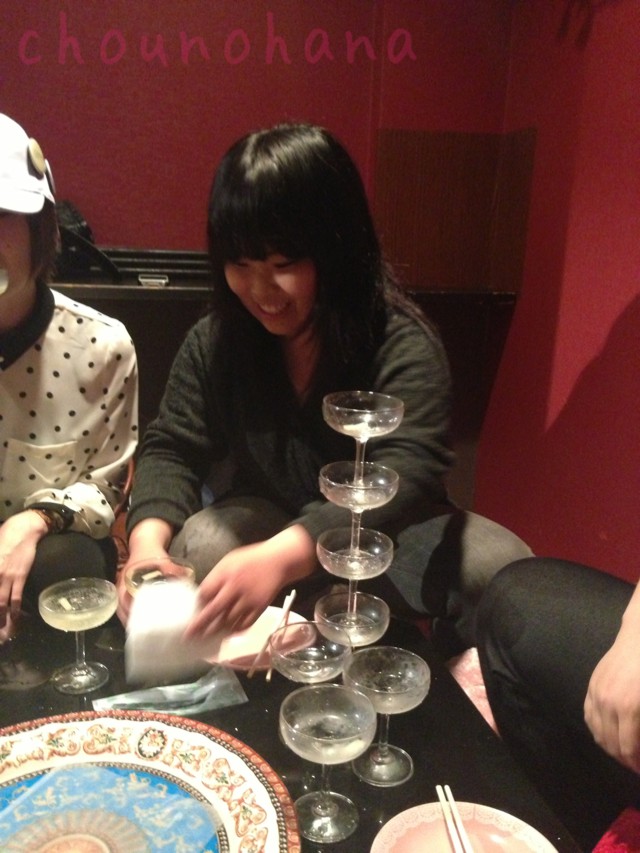 And way more food than we could possibly eat... 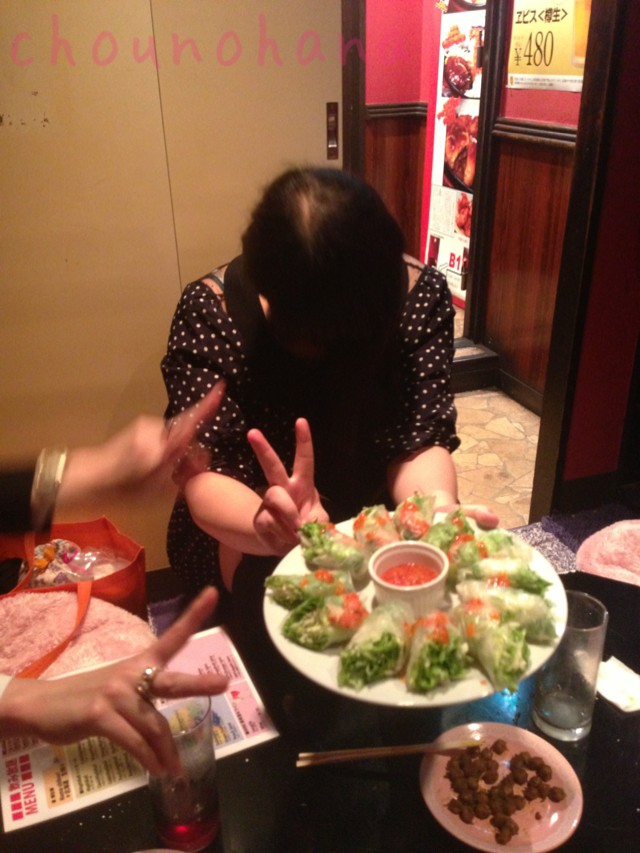 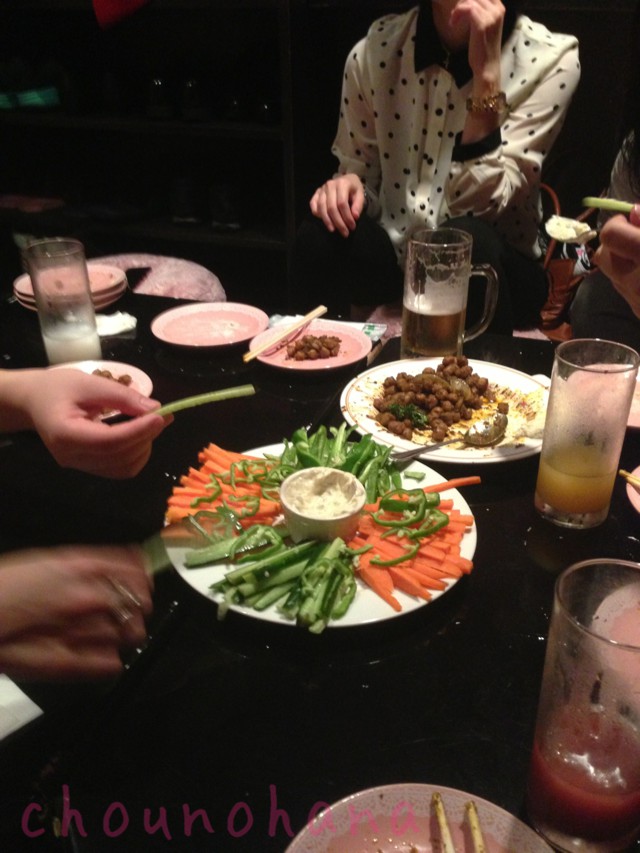 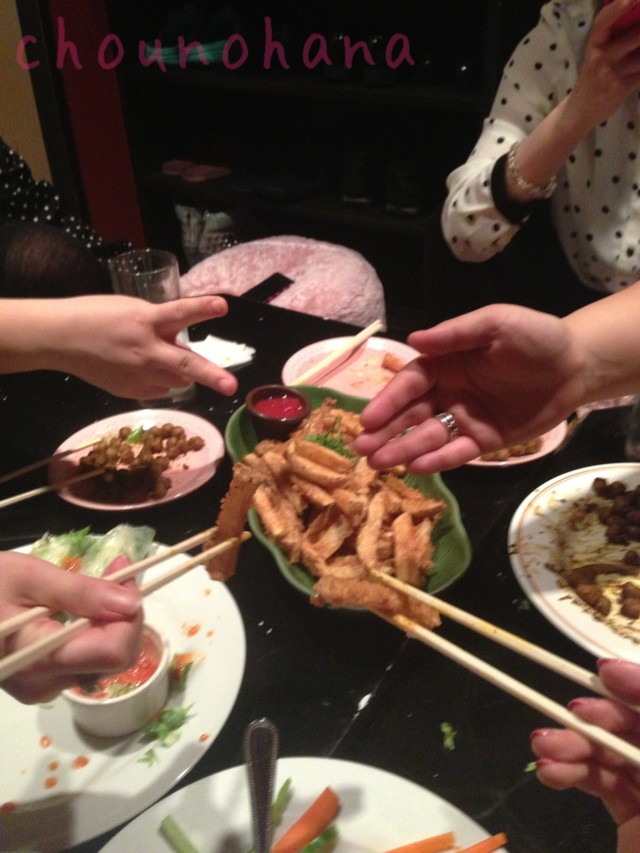 Ended the dinner with a birthday cake for dessert ♪ 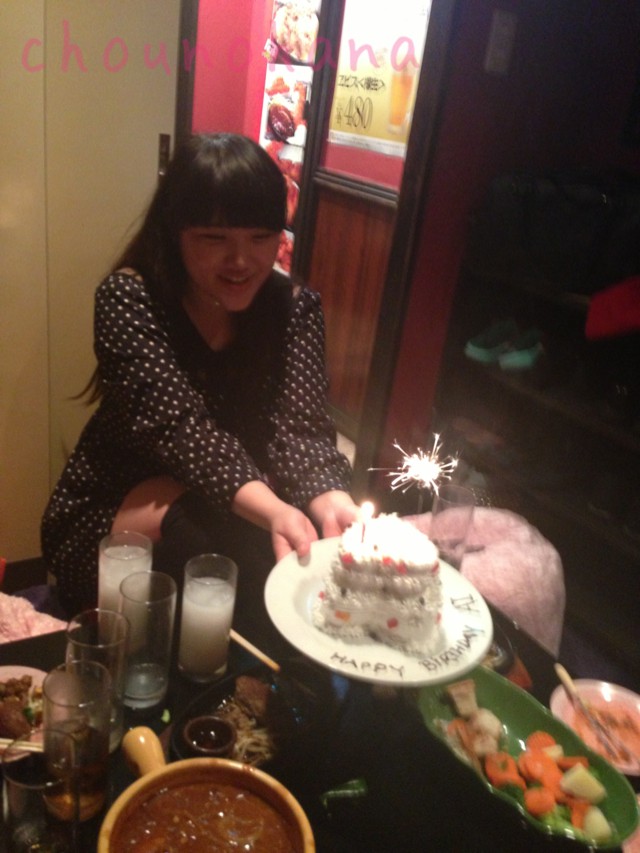 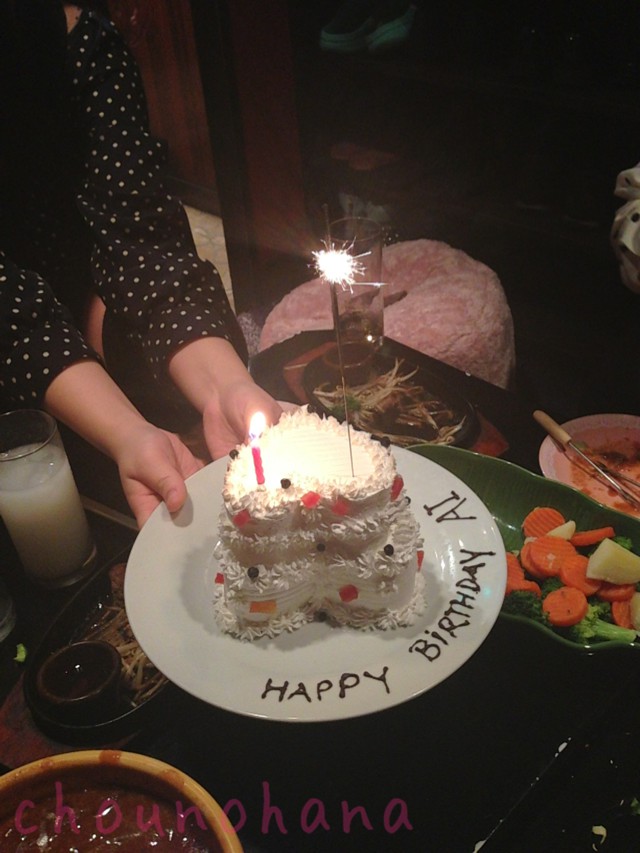 Then said goodbye to the others as they went on to karaoke.
Hoping to be able to do hanami with at least some of them soon. The sakura is already blooming here! Really early this year ☆ With that also comes the pollen allergies, but it's not as bad as some of my friends have it, so I guess I'll survive this year too. 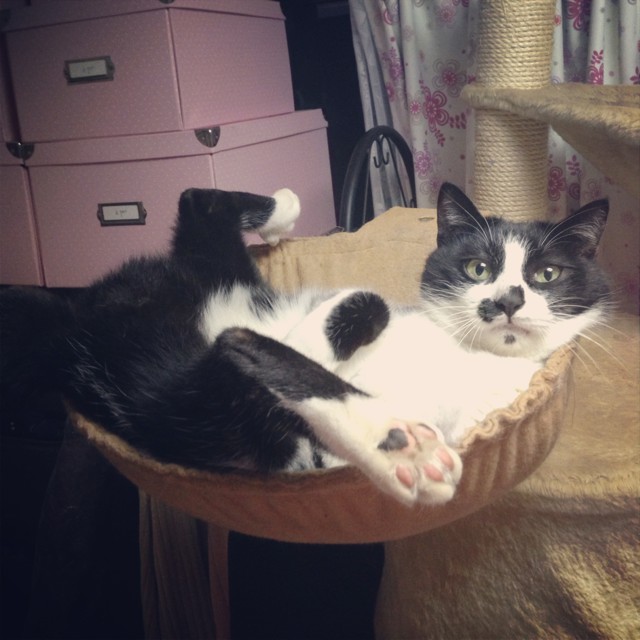