And suddenly it's April, and winter temperatures have returned...

The last week of March was great though. Warm, sunny, and blooming sakura everywhere ♪

On Friday I went out with a Norwegian friend I hadn't seen in months. She wanted to see "OZ the great and powerful", so that's what we did :) 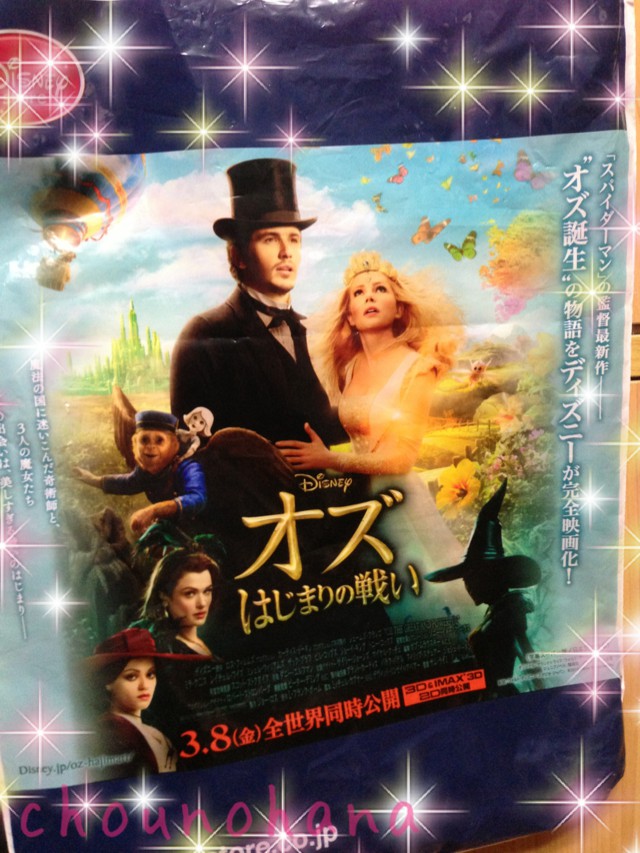 (If you don't want spoilers you might want to scroll past this.)

Overall I enjoyed it for what it was. Saw the old 1939 Wizard of Oz movie as a kid, but I have never read the books, so it was interesting seeing the relationship between the witches. Especially the two sisters, Evanora and Theodora. My main issues regarding the movie were with the latter, as Mila Kunis seemed kinda miscast... She just somehow doesn't feel right in the role of "young innocent and naive girl". Neither did she come off as particularly scary/intimidating as the Wicked Witch of the West later on. Especially not when standing next to Rachel Weisz' character f^_^; I love Weisz though! Happy to see her in this movie, and hope she returns for the part as the Witch of East if they continue the series.
I also liked the various hinting to the 1939 movie. Like how the movie was black & white until we entered Oz, the appearence of the cowardly lion, etc. And glad Danny Elfman composed the music :)

It was still light outside after the movie was finished, so we spent the next hour casually walking to Ikebukuro. The last of the sakura, rapidly falling off the trees: 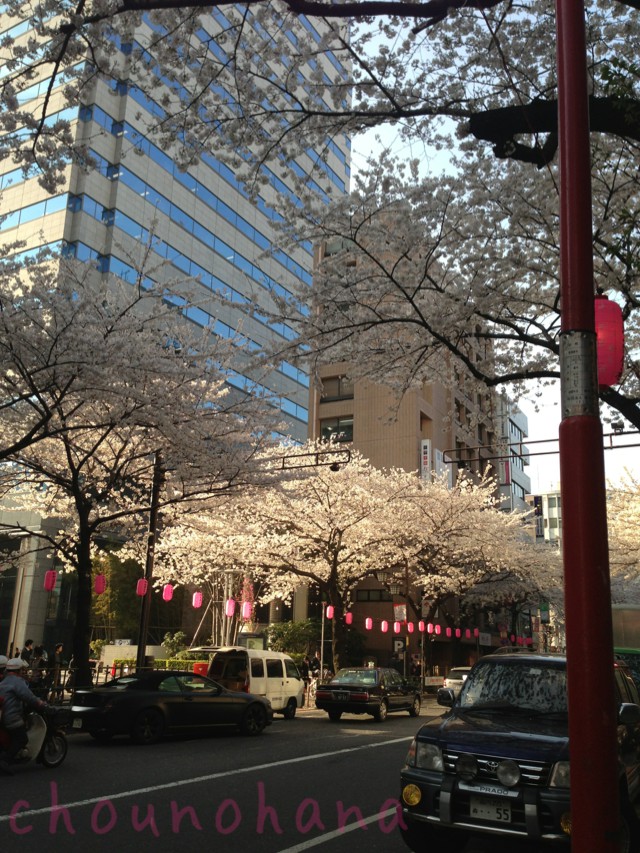 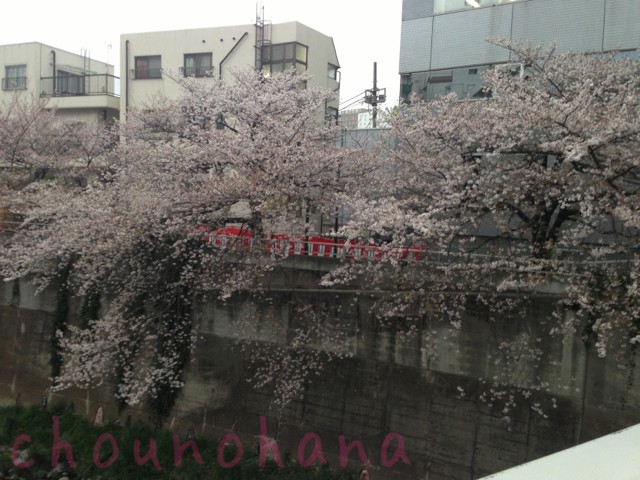 Had some fun with purikura before eating dinner and heading home ☆ 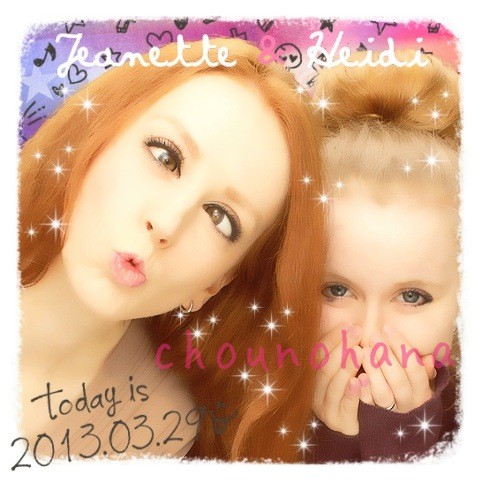 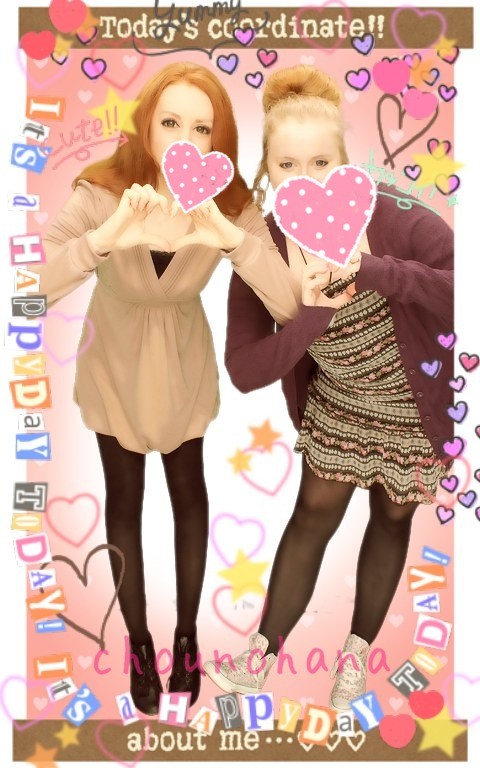 More Disney only a couple of days later, when I was finally able to go back to Disneyland!

Arriving at the station. 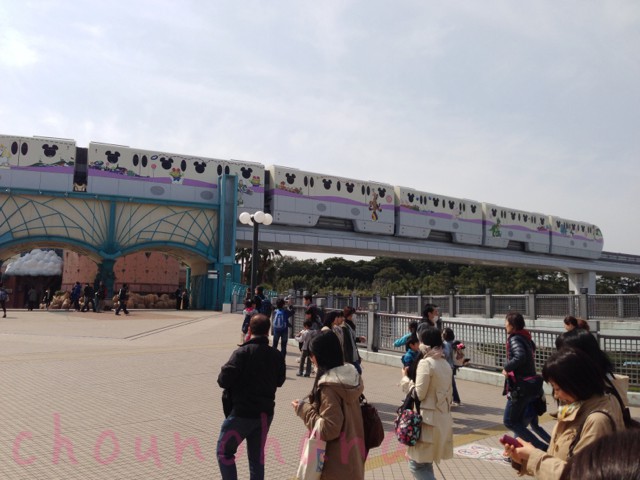 The last time I was there was during the huge earthquake in March, 2011. Definitely not fun, being stuck there all day and night, freezing with nothing to eat or drink. So I was determined to have as much fun as possible this time around o(｀ω´ )o 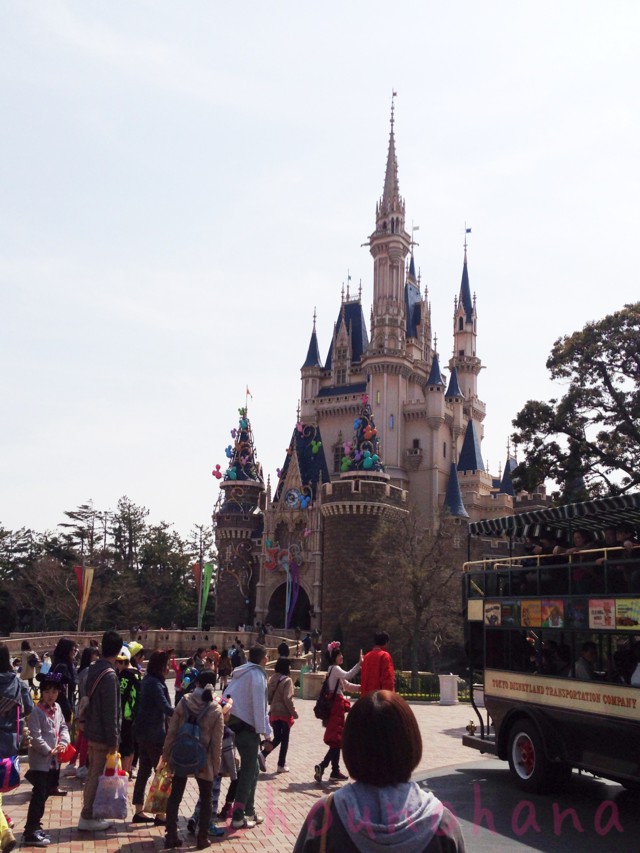 The Cinderella Castle all decorated for the 20th anniversary this month.
The amount of people in the park was insane this day (*_*) All students are in the middle of their spring break atm, combined with Easter holiday for foreigners, and this was the only day with good weather between several rainy days... Even if you arrived early all the fastpasses were gone, so any given attraction had a waiting time of 2〜4 hours. But we had so much fun talking, eating, watching videos while waiting that it didn't really matter much (^｡^)

Last time I couldn't ride Pooh's Hunny Hunt, so that was our first stop! 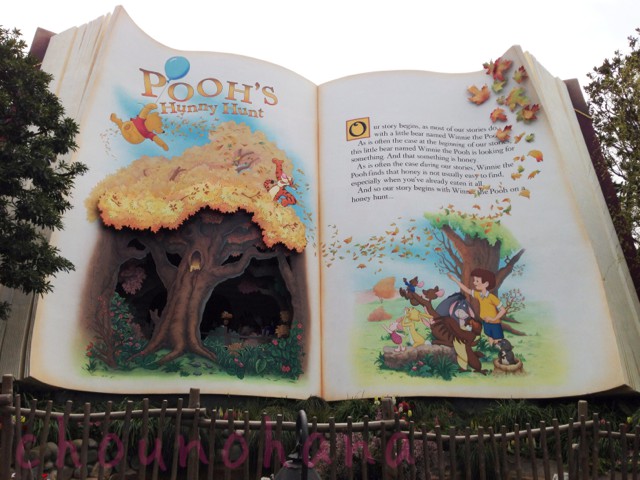 It was really cute! Even the waiting area, shaped like entering in between the pages of the giant book above. 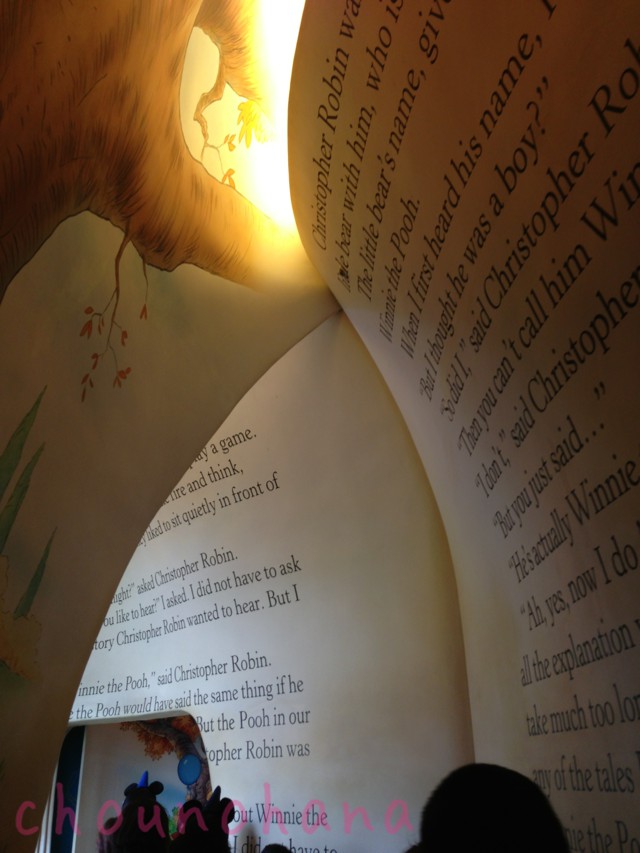 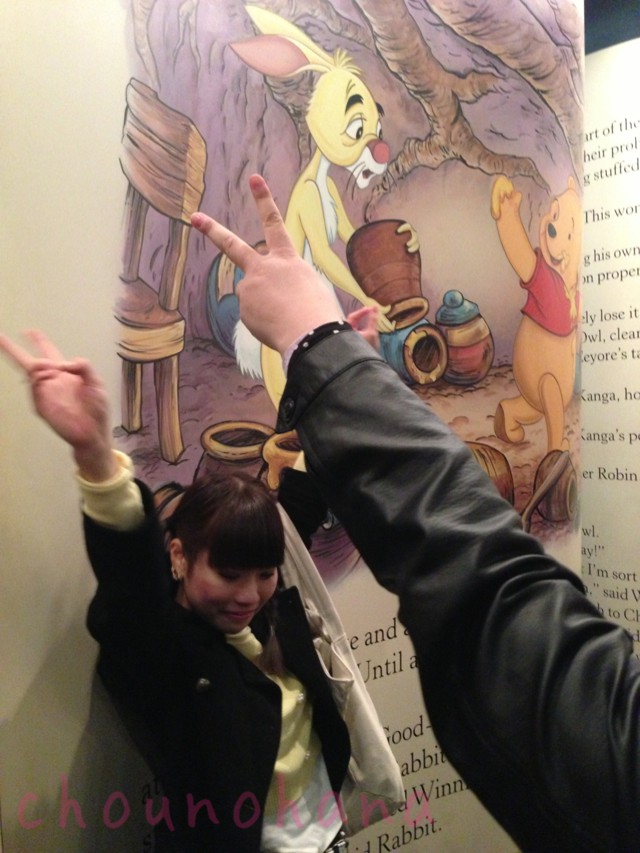 When we were done there it was lunch time, and this time I could finally go to the Alice in Wonderland restaurant too. 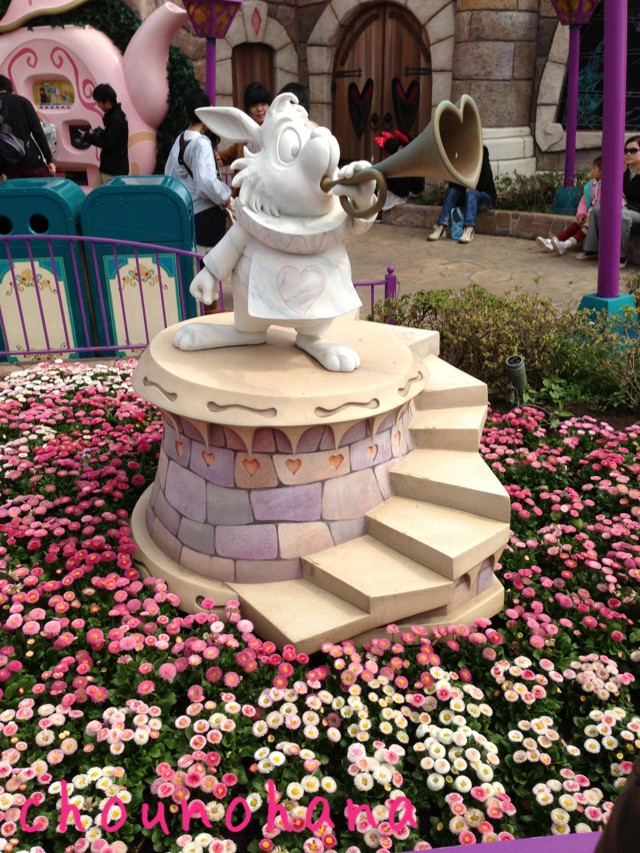 Where there was also a line f^_^; Waiting outside: 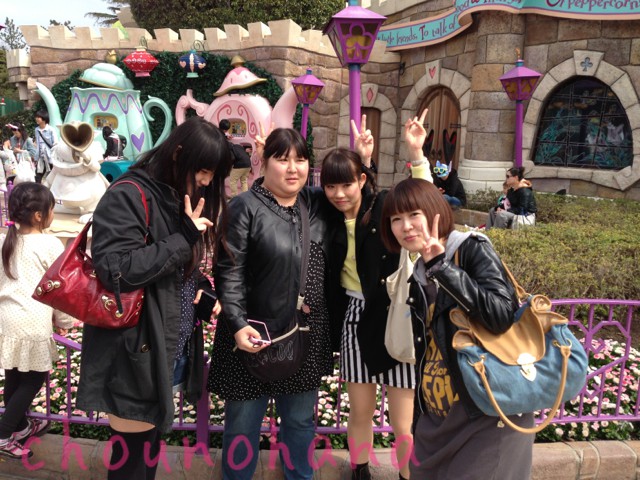 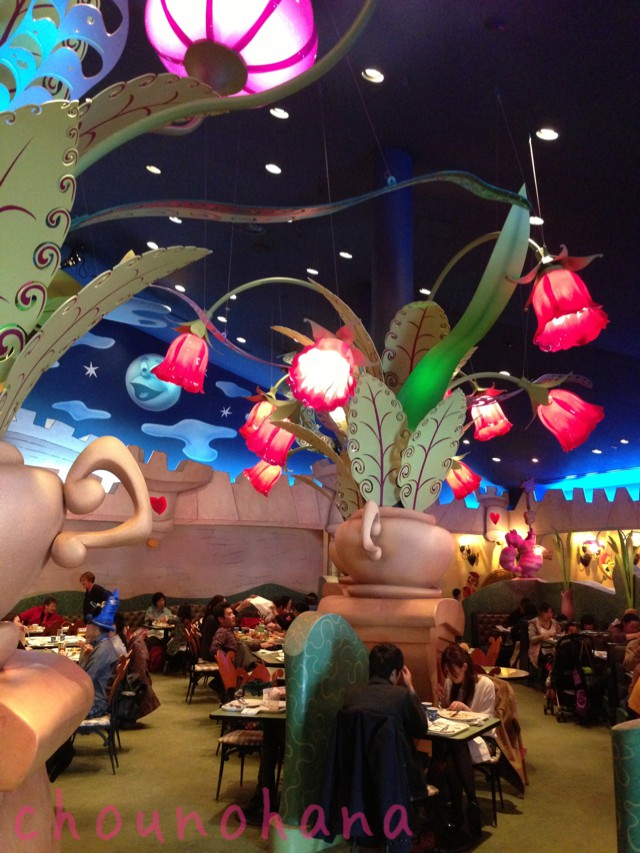 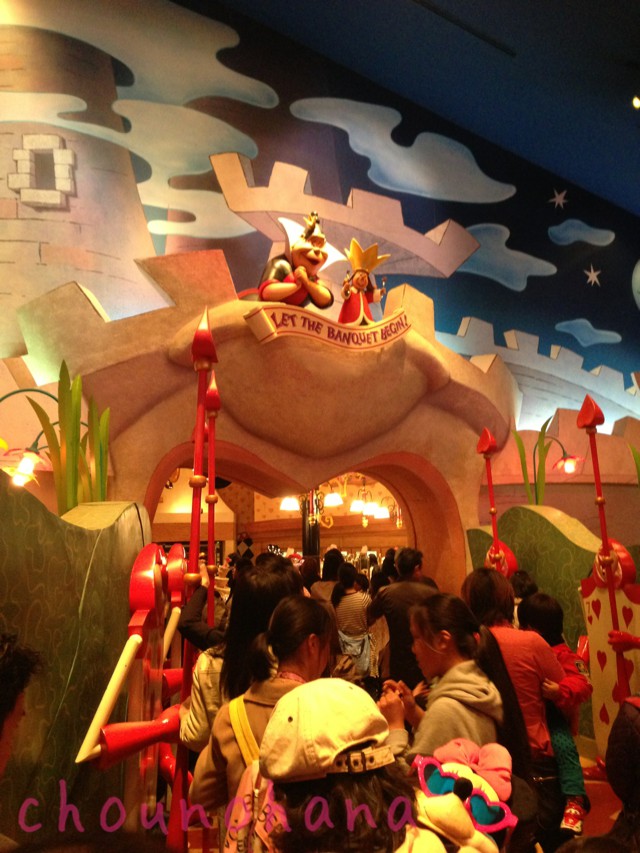 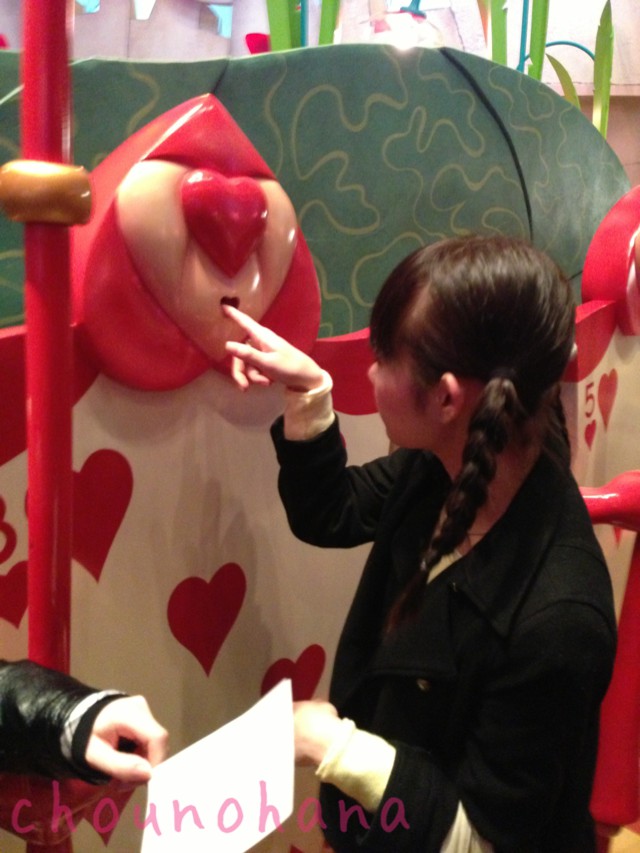 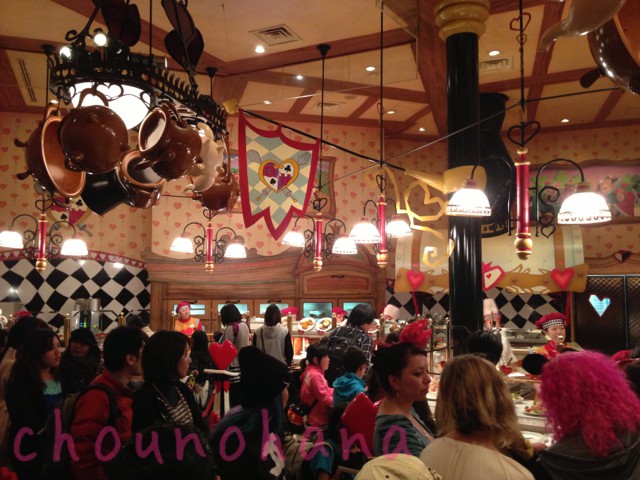 Swordfish for lunch. Had never eaten that before. 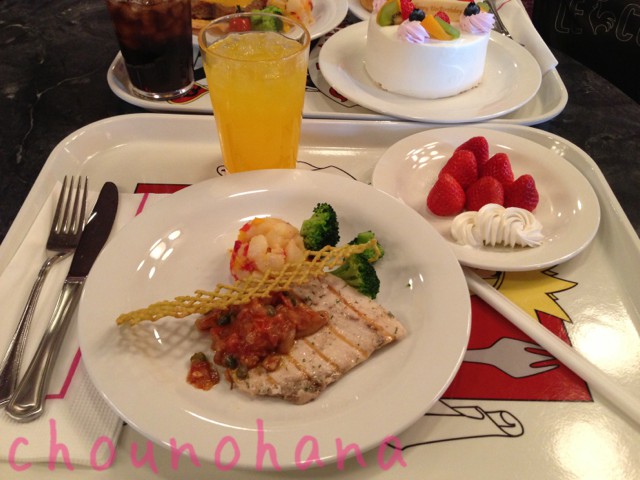 Then we celebrated all our UnBirthdays ♪ 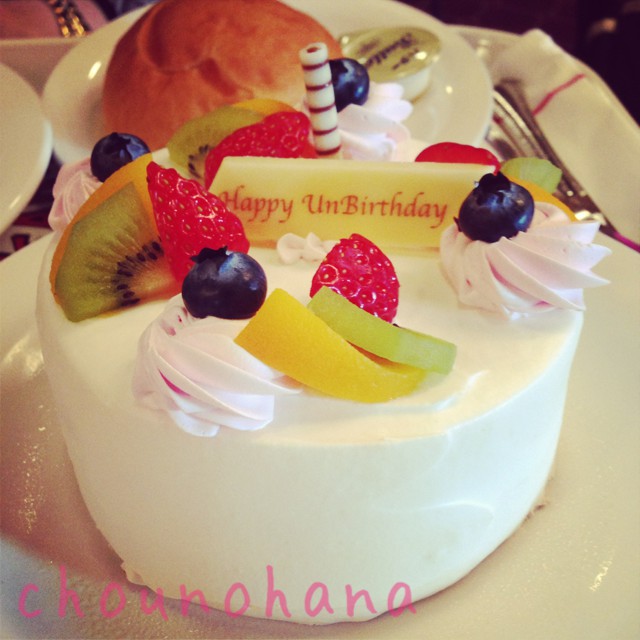 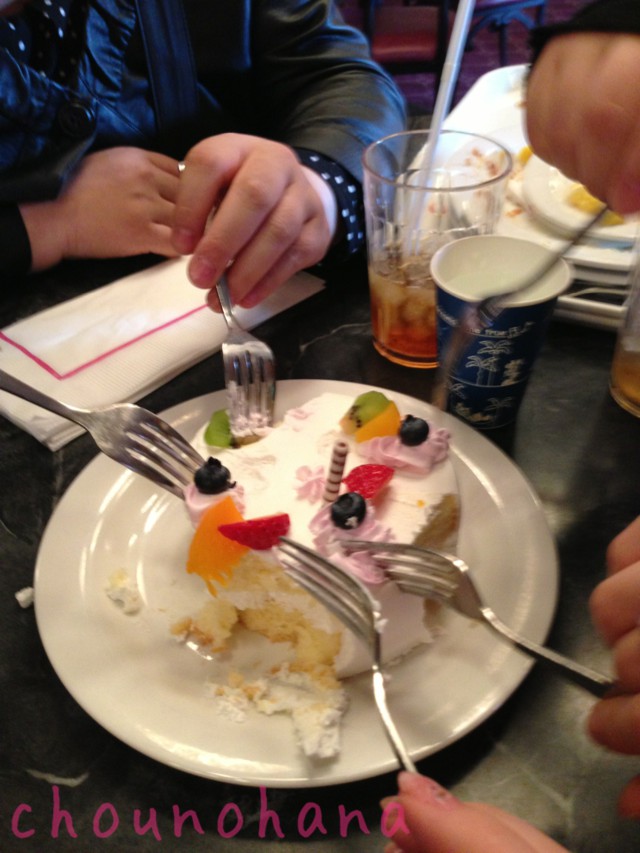 Didn't have time to watch the parade, but did get to see the Philharmagic theater and go on the Haunted Mansion and Pirates rides. Then did some shopping while some on the others went to Space Mountain.

Only got a few souvenirs this time: 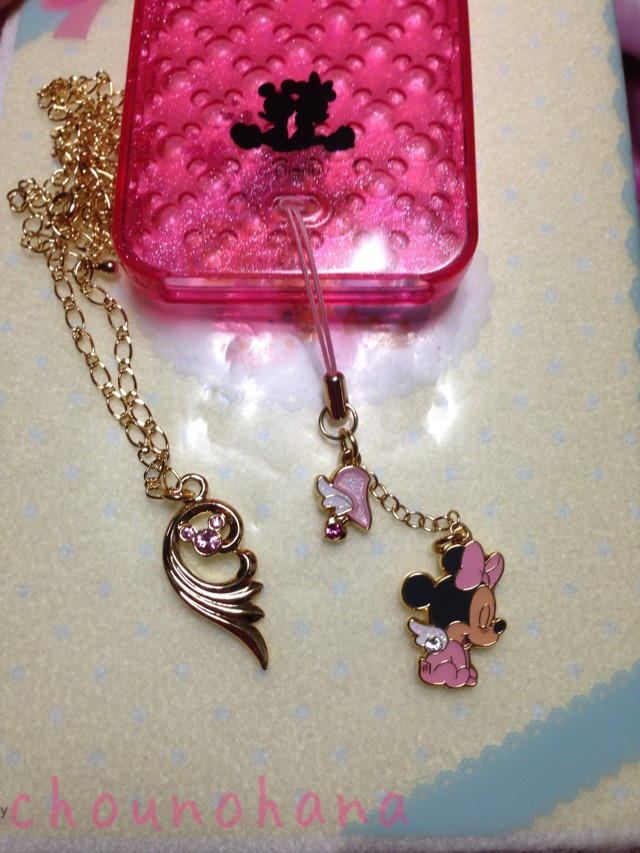 (...forgot to take a picture while I still had the other heart-halves.) 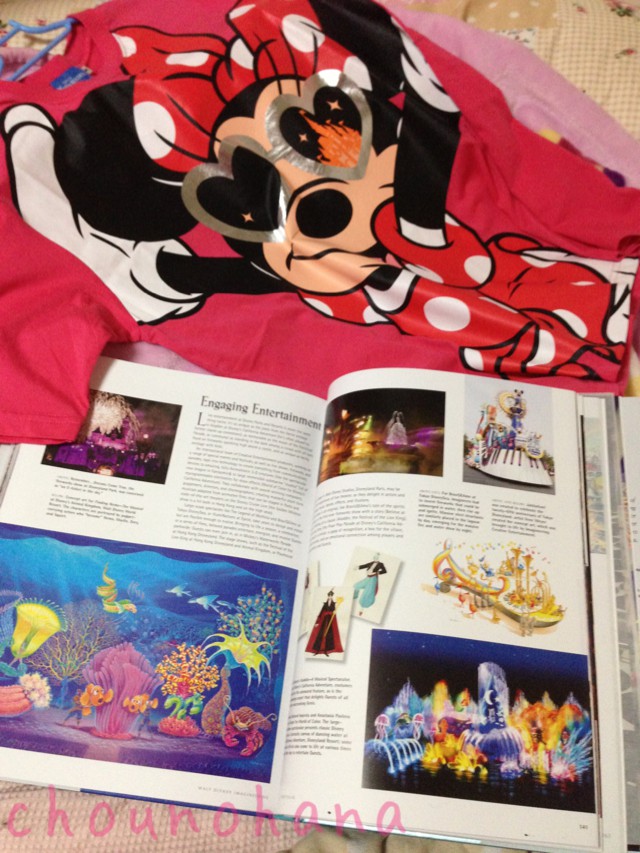 The girls are silly and want to use character T-shirts like that↑ for a live later this month, lol... I don't care if we'll look out of place, so ok, bright colours and Disney it is then!

The apocalyptic downpour of rain that's been going on for the last couple of days is finally coming to an end, so I'll be able to get some stuff done tomorrow, and then meet up with a friend for lunch :) Hopefully the forecast of sun and 21℃ comes true.