Been several times I meant to write something here, but guess I got caught up in everyday stuff... There's been a lot going on lately! But now that's done with I should be free to catch up on sleep and summer activities, until family comes to visit in a couple of weeks.

Was invited to DisneySea earlier this month! :D

Got up early and took the train to Shinjuku some time after 7 in the morning. Had some breakfast and headed over to the highway bus station there. 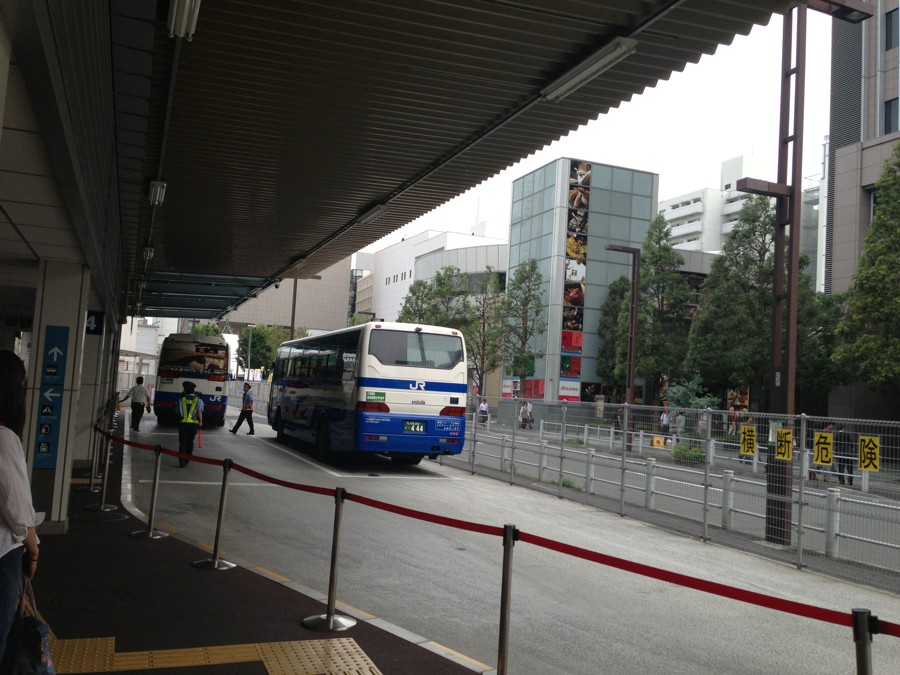 We went on the day after a holiday + weekend, so there were much fewer people at the park compared to the times I've been there before. 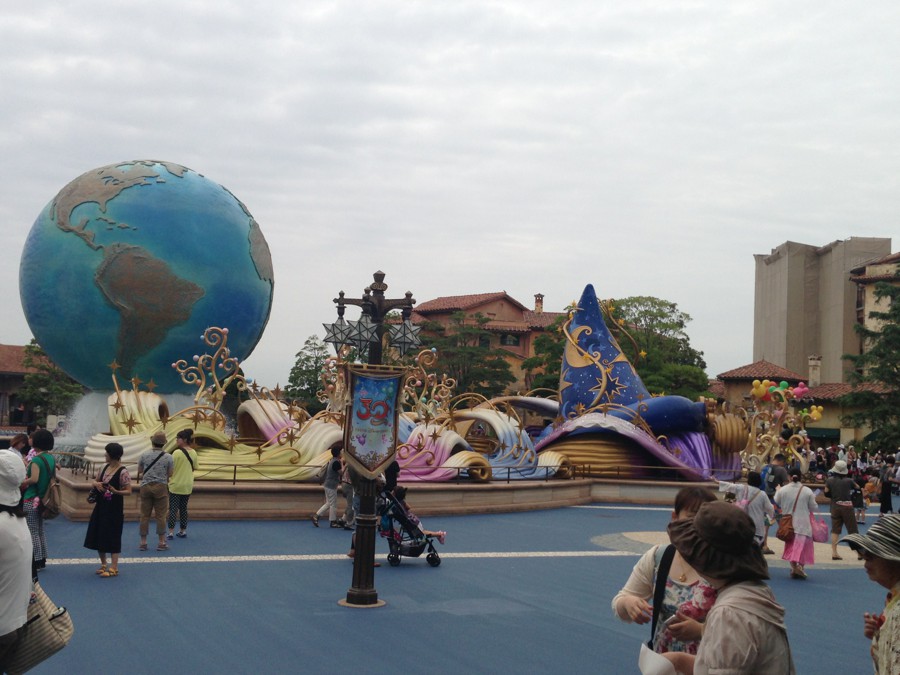 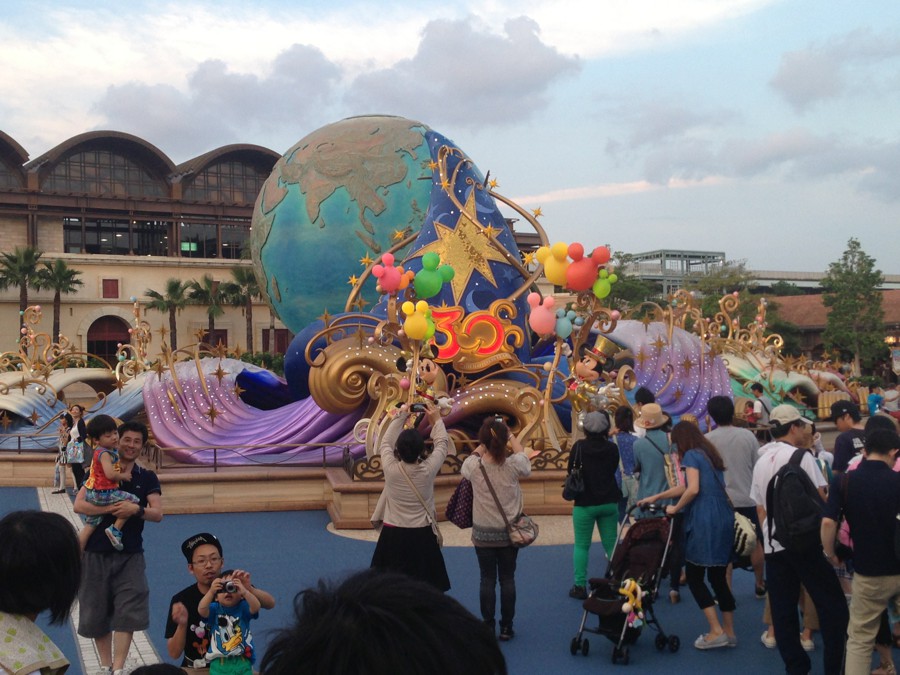 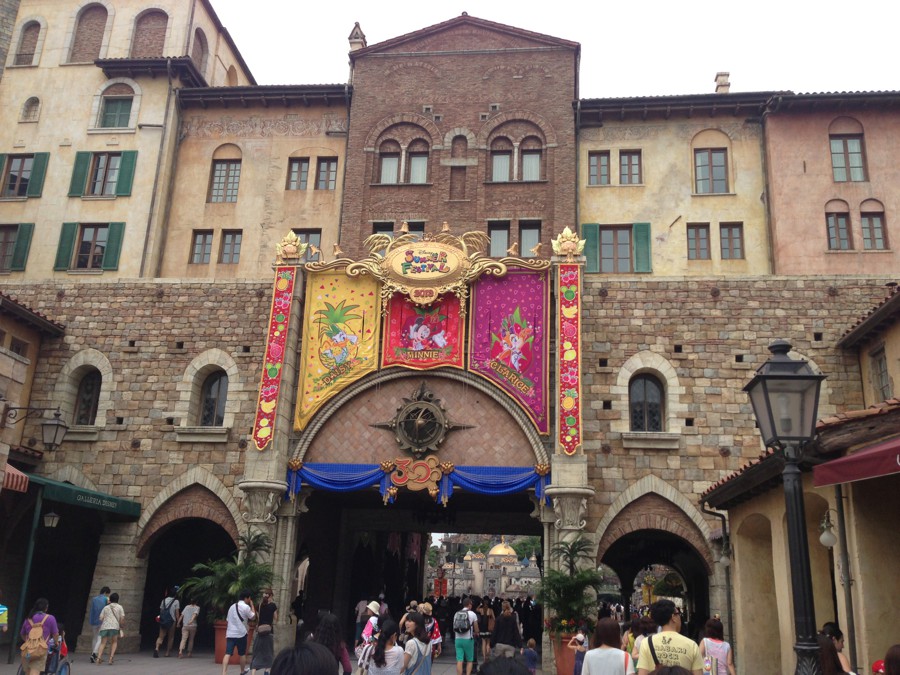 We hurried off to the other side of the park as soon as we arrived to get Fastpasses for the Indiana Jones ride. (Had to wait almost three hours in line there before.) But since there was barely people there, normal waiting time was only 10 minutes! Even throughout the day most rides had short waits like that, so got to try more stuff than ever :D The only attraction where there was a long line was the new Toy Story ride (But apparently the lines lasted 7 hours when it first opened, so compared to that our 60-minute wait wasn't much). 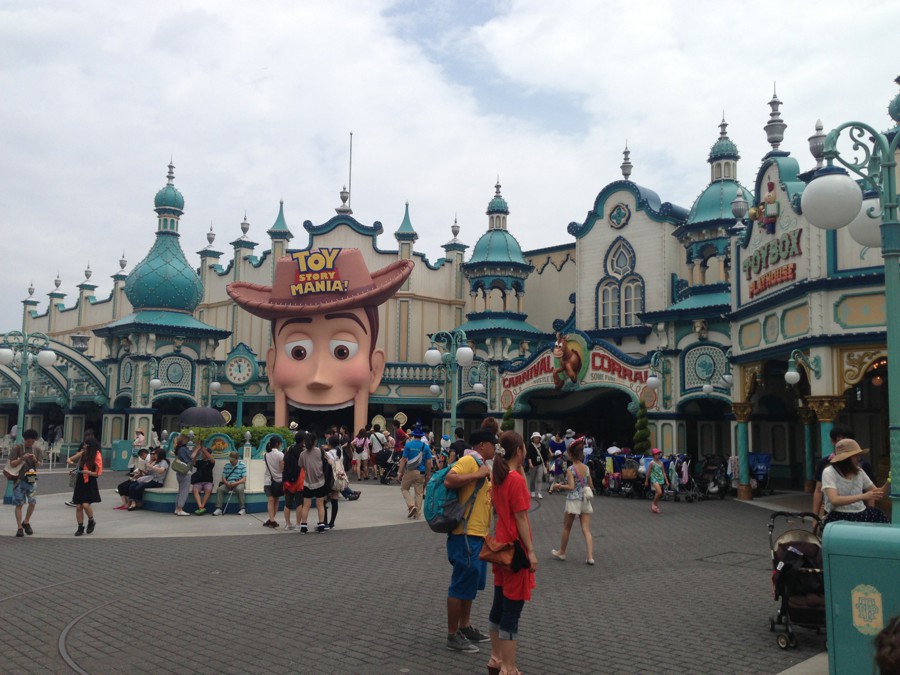 The inside was made out to look like Andy's room, making us toy sized. 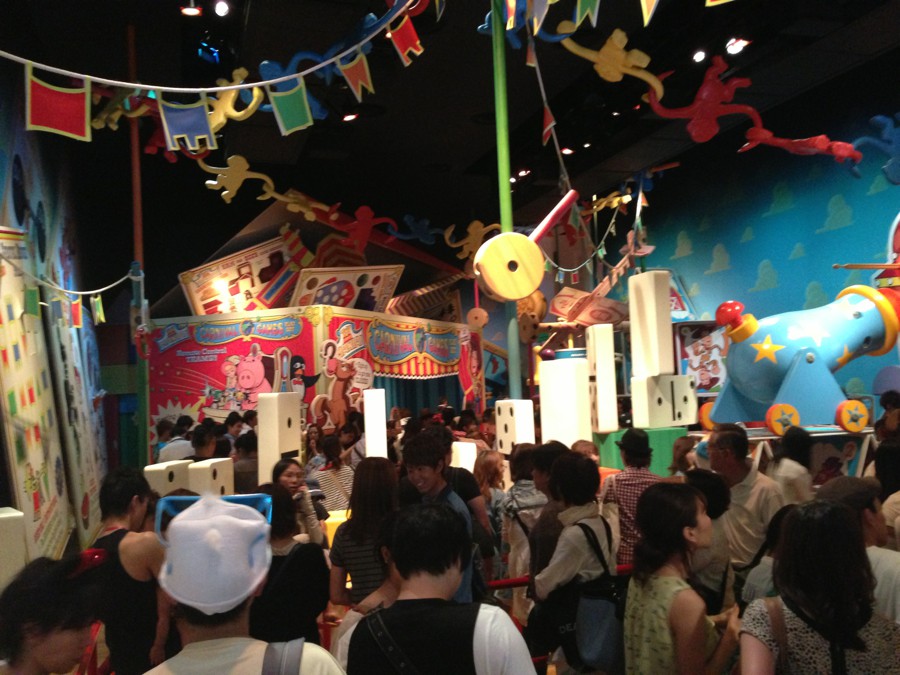 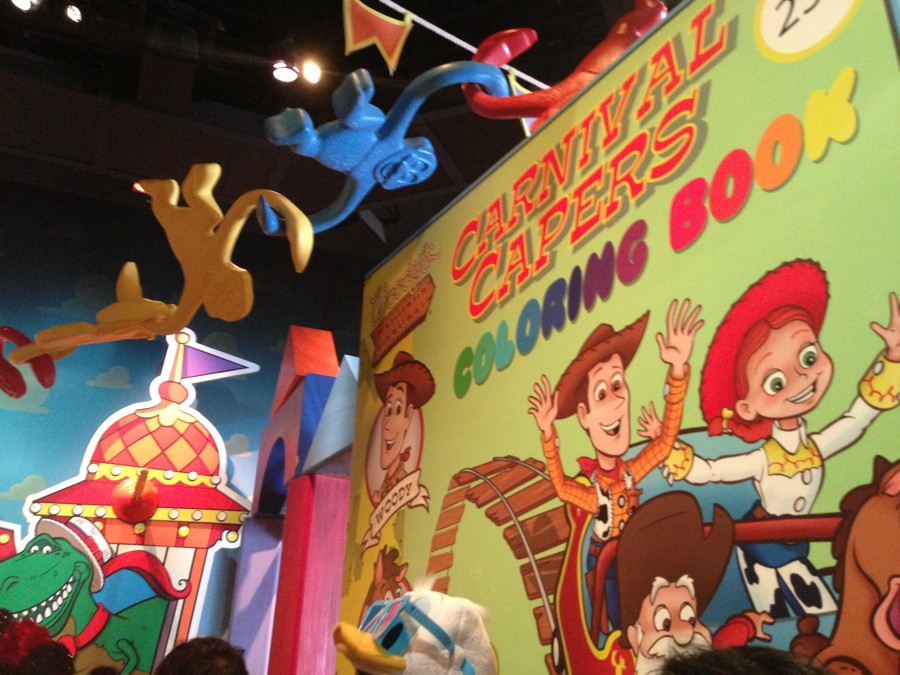 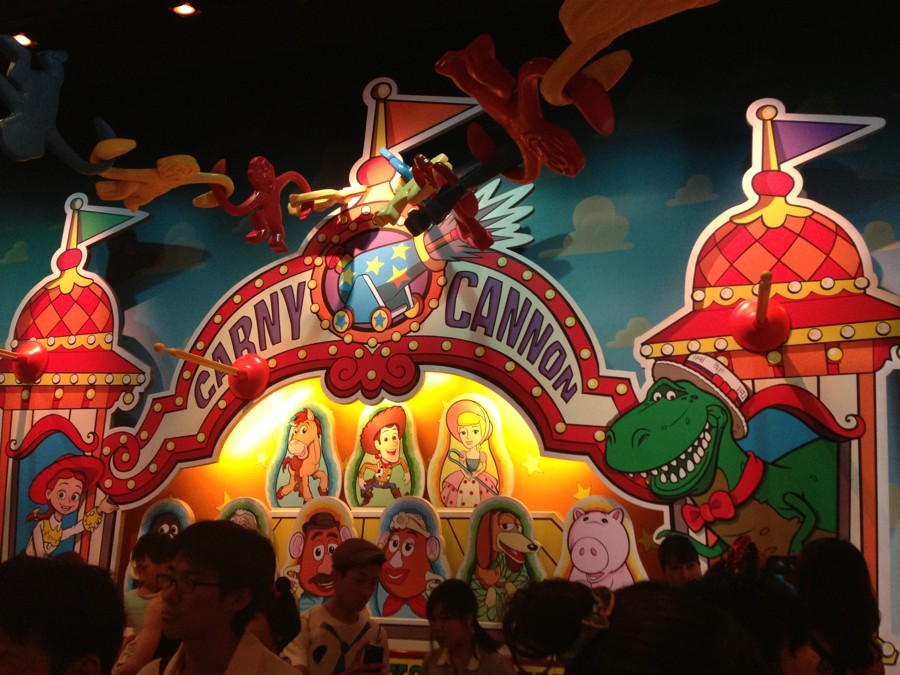 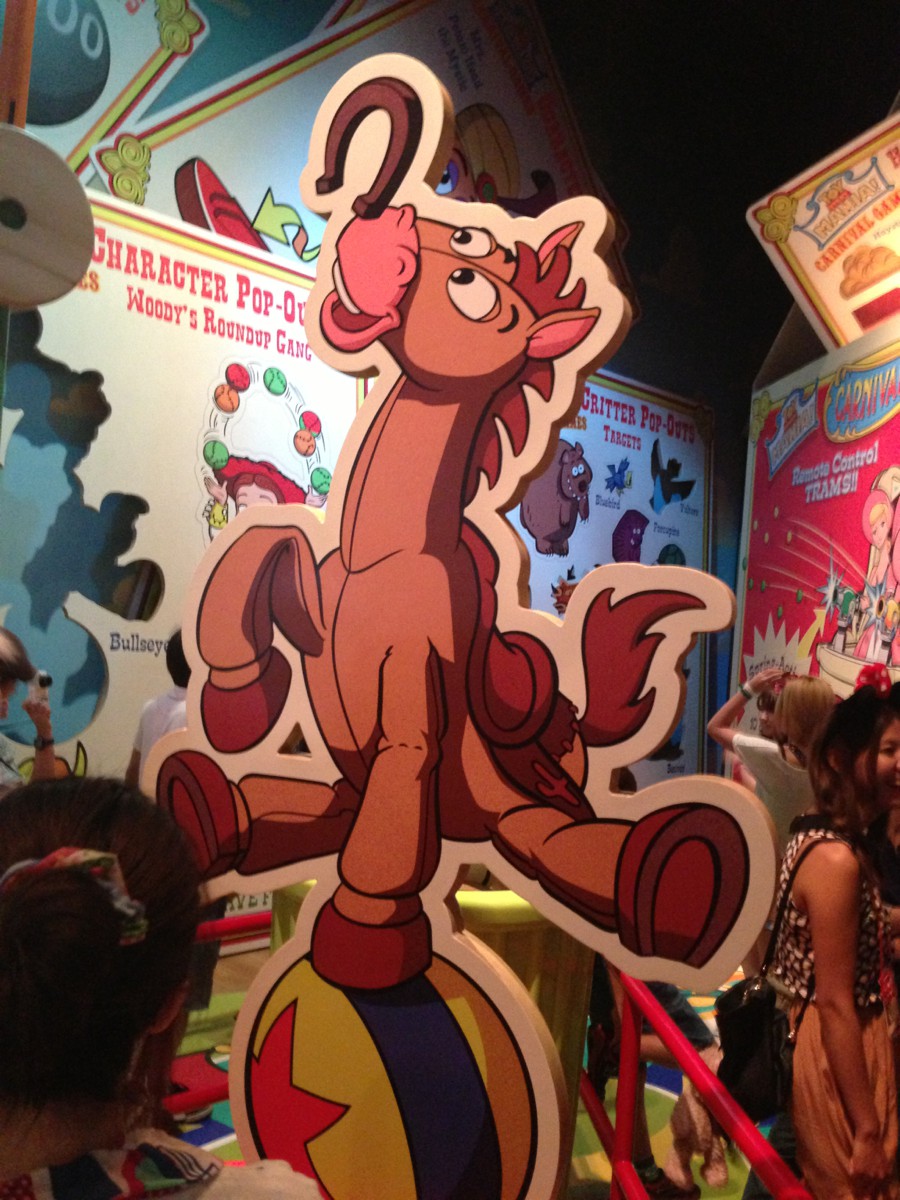 The ride itself was great! It was interactive, rather than just sitting in a car watching your surroundings. We were outfitted with 3D glasses, and then taken through several rooms and levels where we shot at targets to earn points (competing with the other person you were riding with). And it lasted much longer than I expected (Hence the long wait I guess). Videos up on youtube, like this one. Think this will be the first stop for a Fastpass next time. 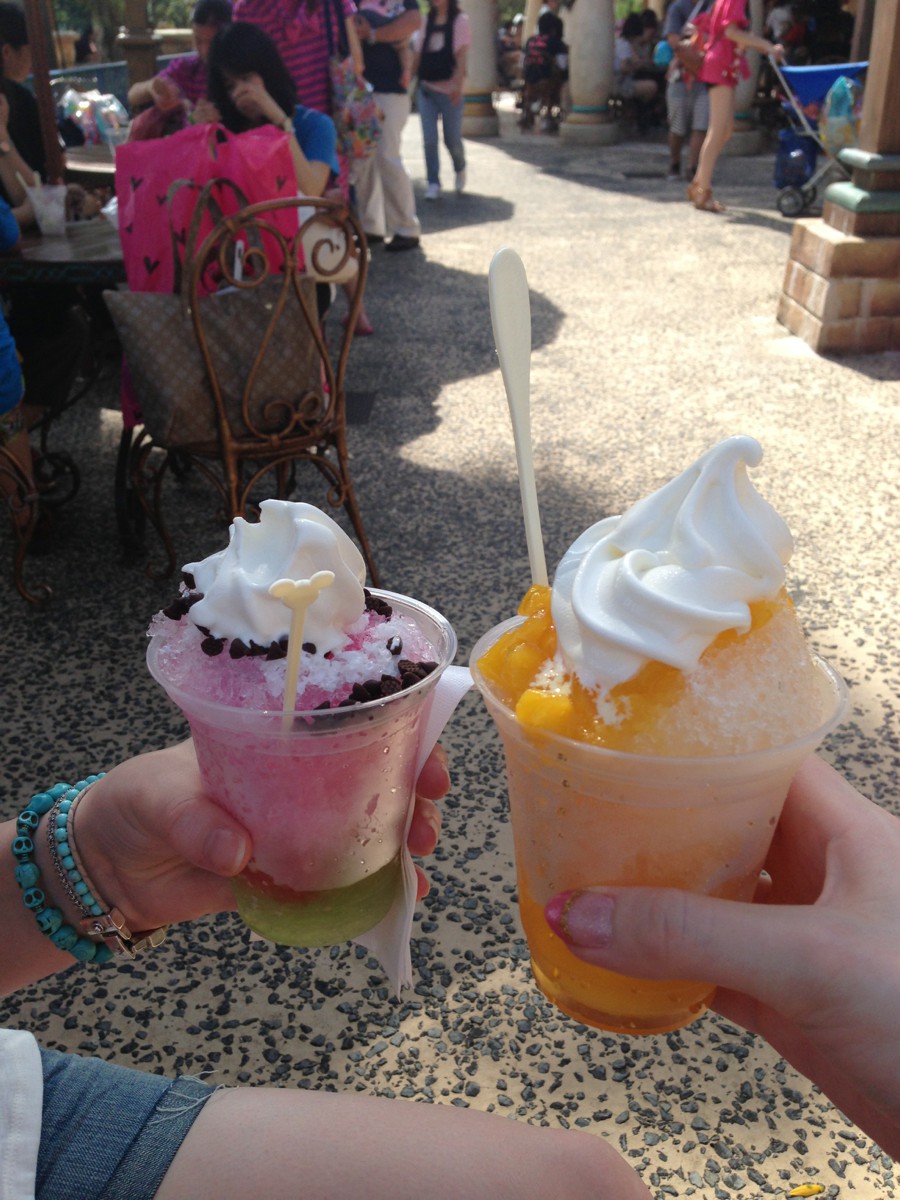 And trying to figure out the map of the area... 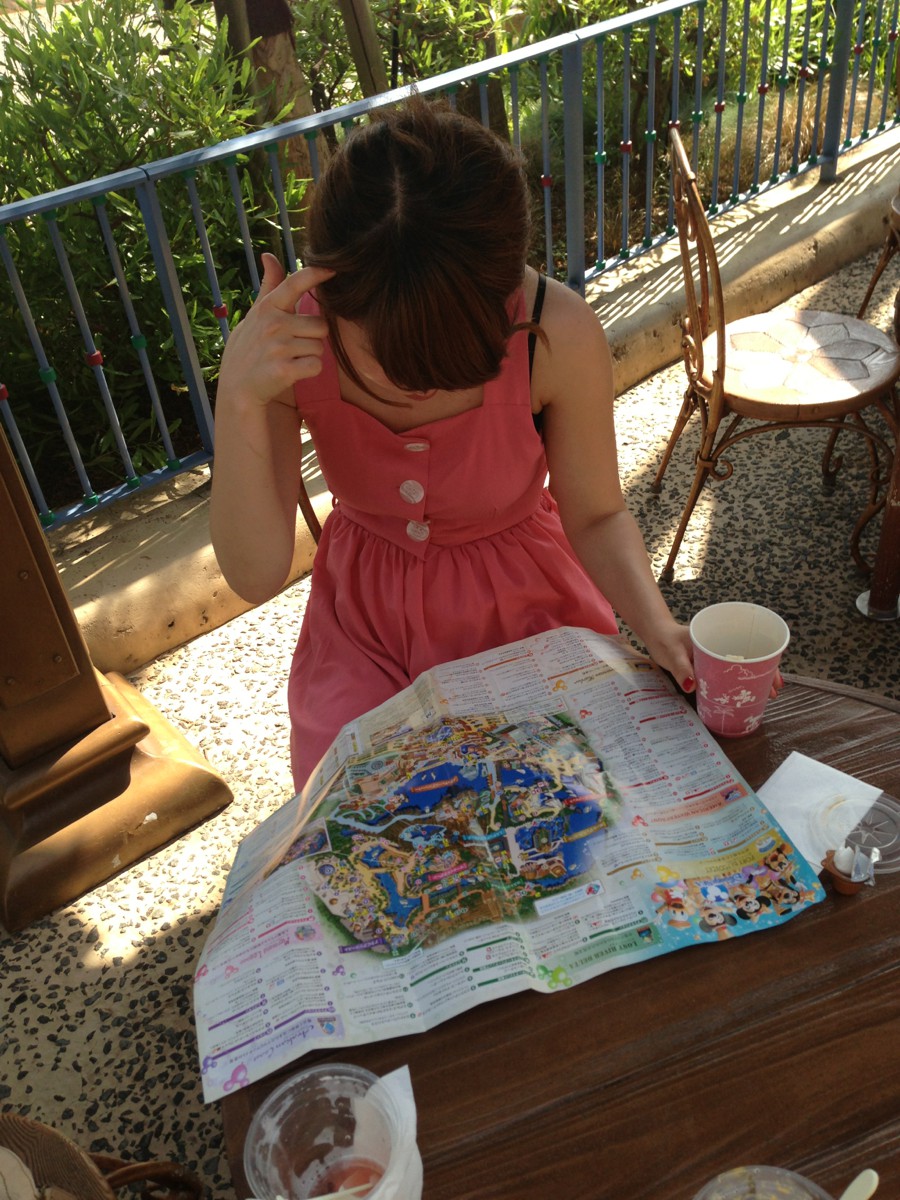 Then went over to the Mermaid Lagoon. 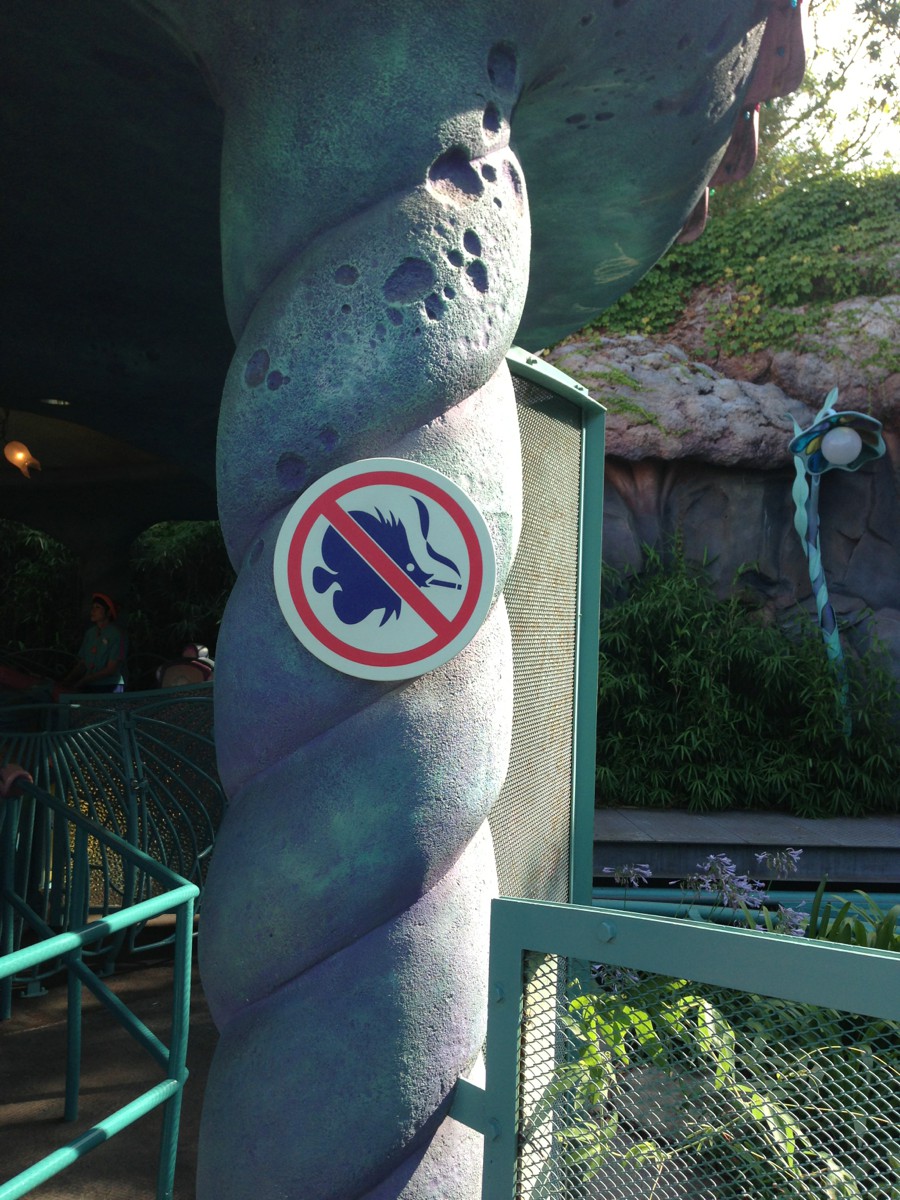 No smoking under water... 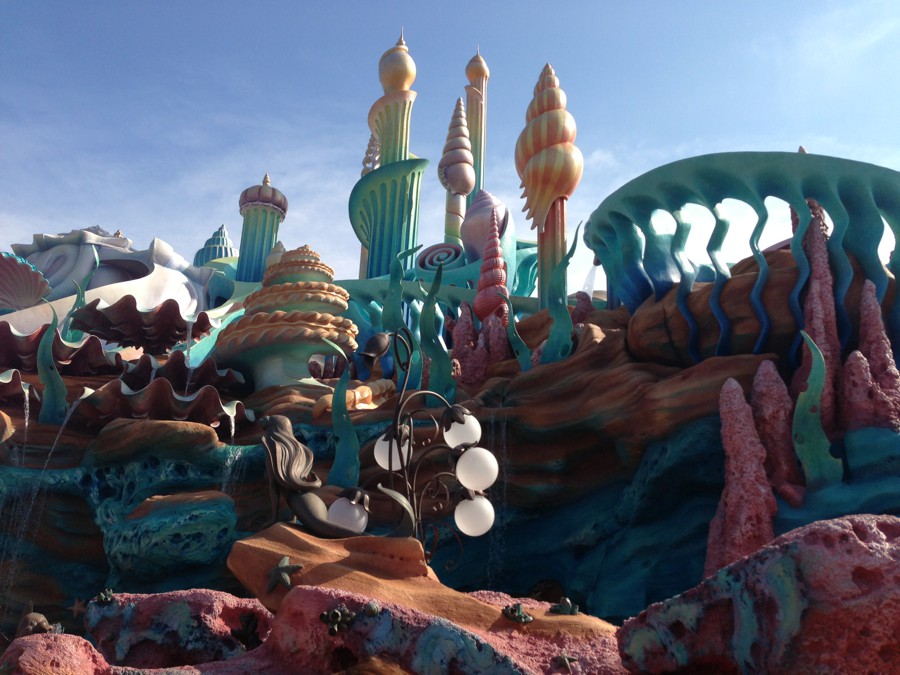 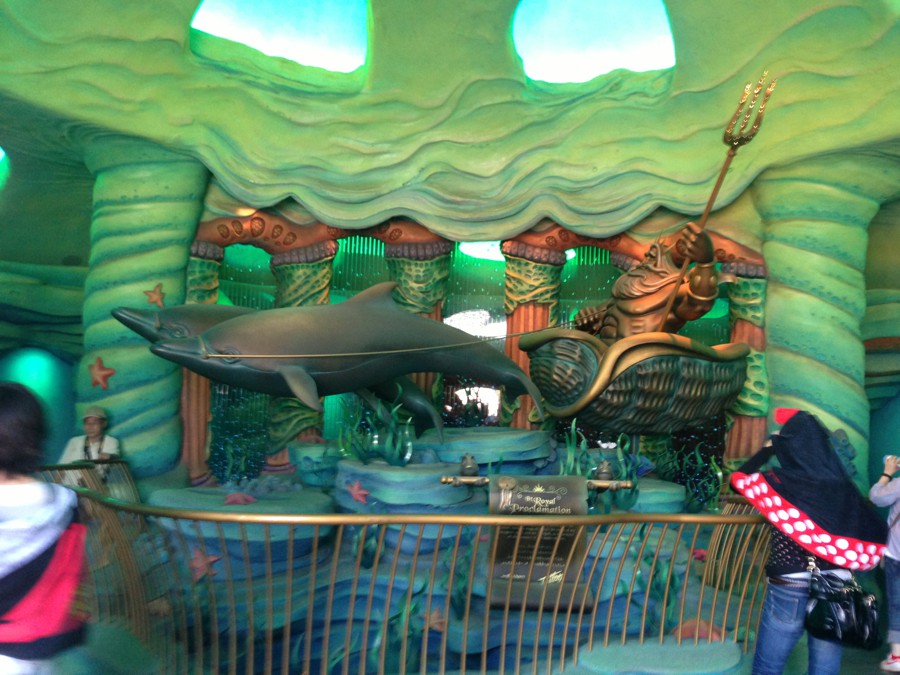 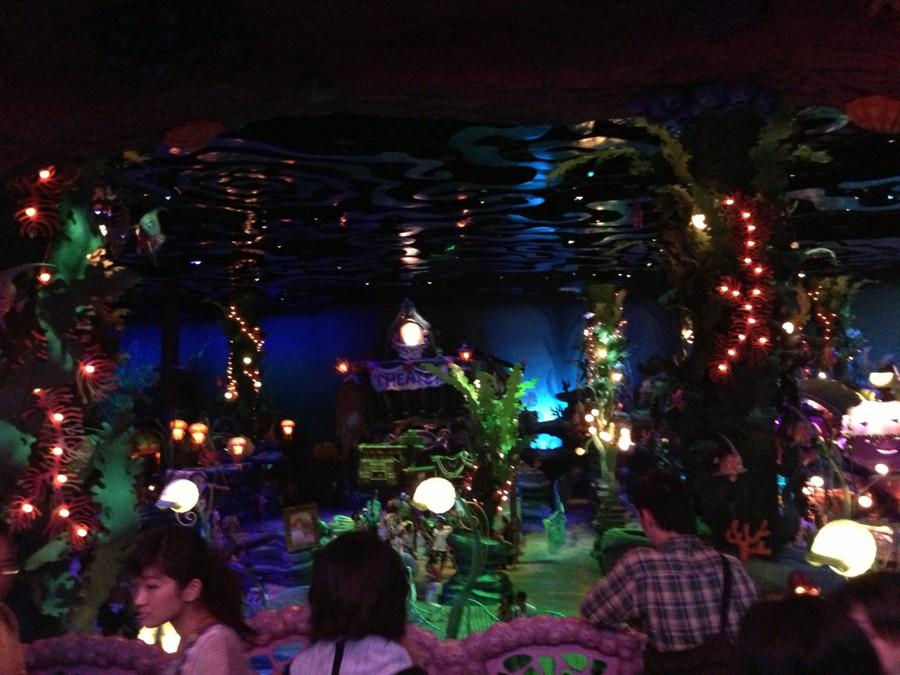 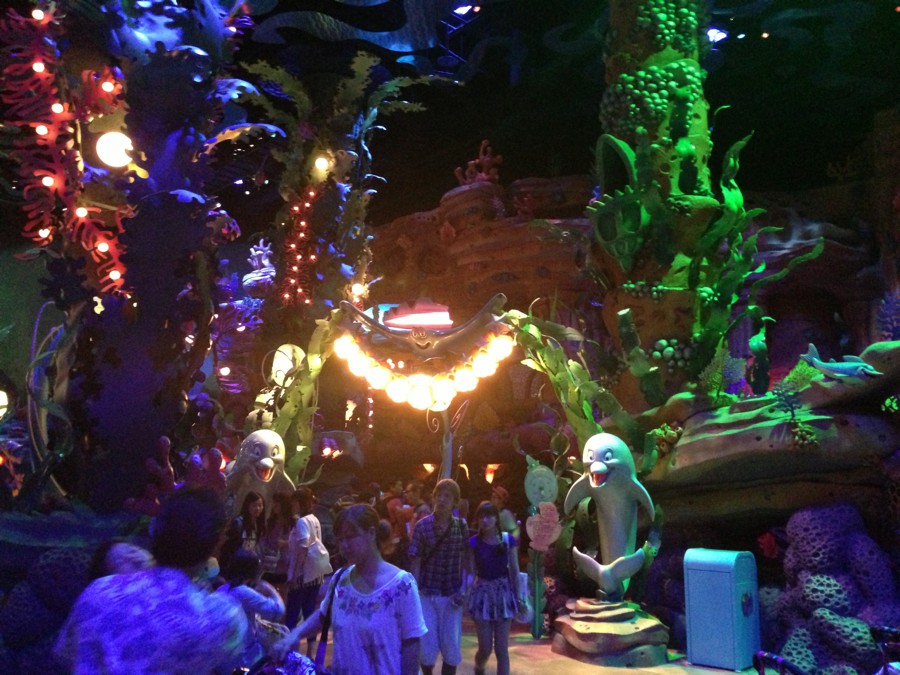 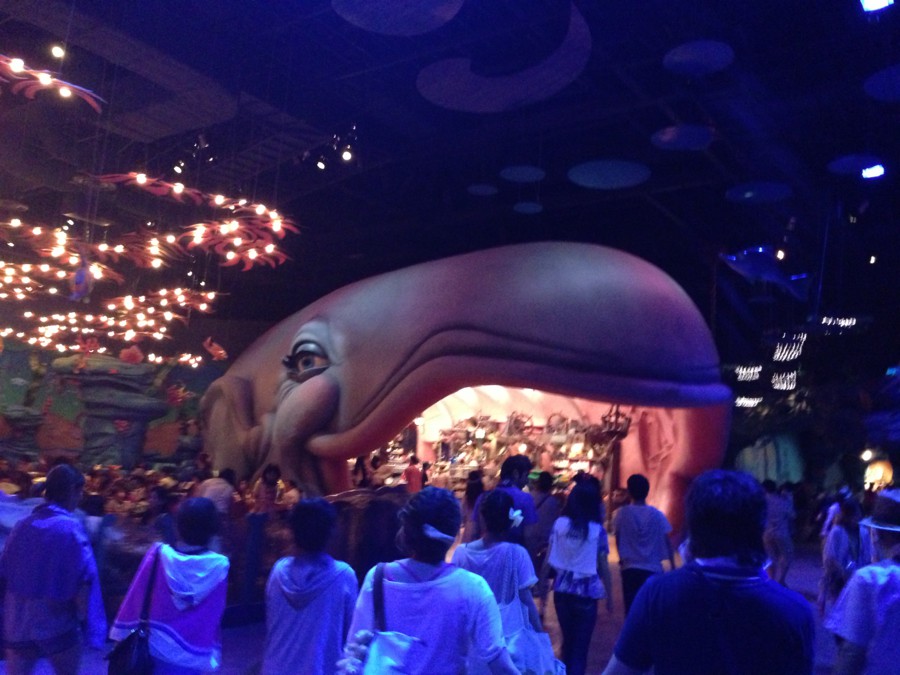 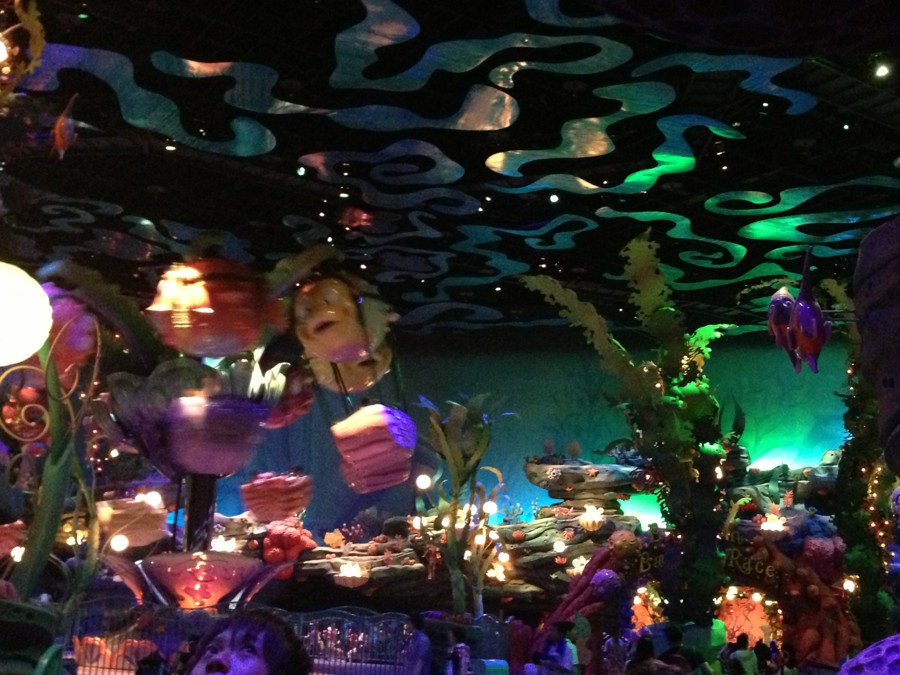 Love the look of the lagoon :)

Fun day! Hope I can go back again soon.

Also had the chance to spend an afternoon with a friend I hadn't seen for a while the other day. Met up for lunch in Shinjuku before she went on to a live taking place in the area. 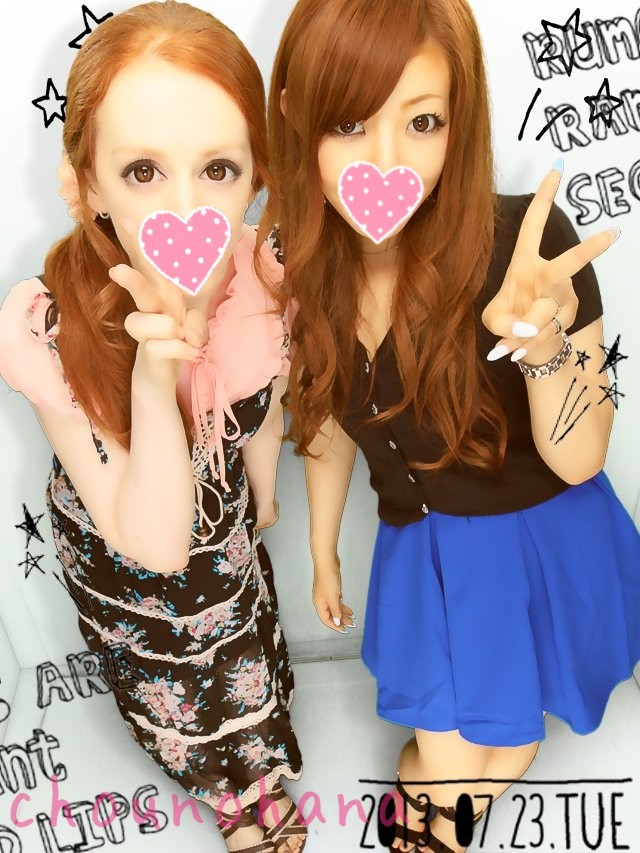 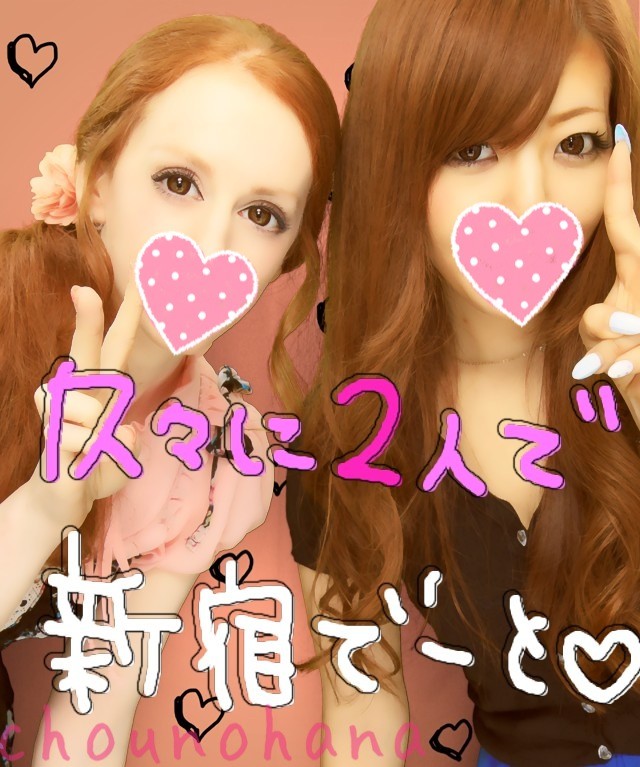 Had other things I wanted to write about, but need to get started on preparations for tomorrow, so they will have to wait. Tomorrow I'll be meeting up with a bunch of friends in the afternoon, everyone dressed in yukata :) Haven't worn one since last summer, so getting it on right will probably take a couple of tries... Looking forward to meeting the others!