Daytrip out of Tokyo to Hakone! Had never been there before, but had heard a lot about it.

The main part of the trip seemed to be various forms of transportation (・x・) First normal JR trains from Shinjuku to Odawara, and on to the Hakone area. There the ascend of the mountain began. The first part was a 40 minute ride with an old mountain railway train. Apparently it's the oldest of its kind in Japan, and the second oldest in the world.

View from the train: 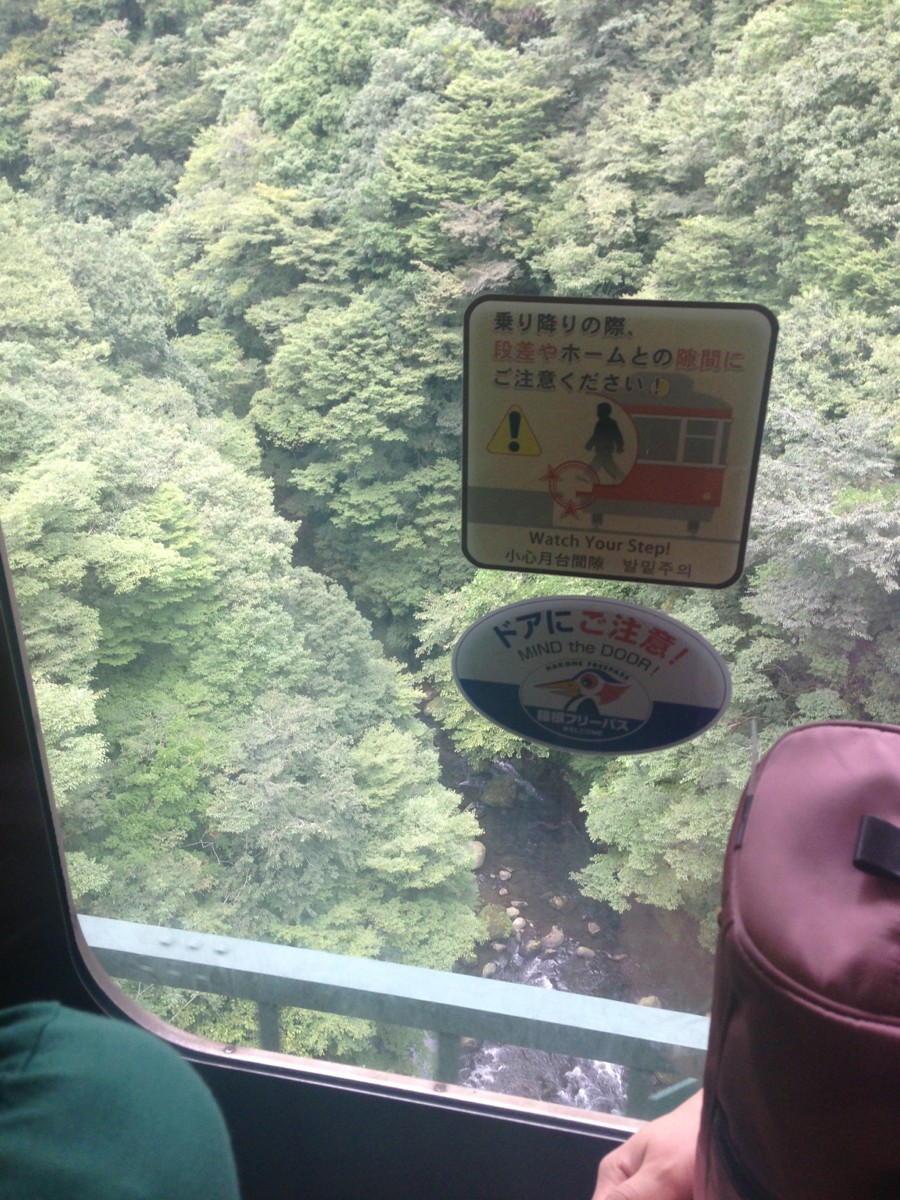 Midway up the mountain the terrain was starting to get too steep, so we transferred to a cable car. It was interesting watching the scenery while going upwards. Lots of old houses and stores scattered even up there. Interesting place to live.

Eventually even the cable car couldn't take us any further, so we had to make another transfer - this time to a ropeway. 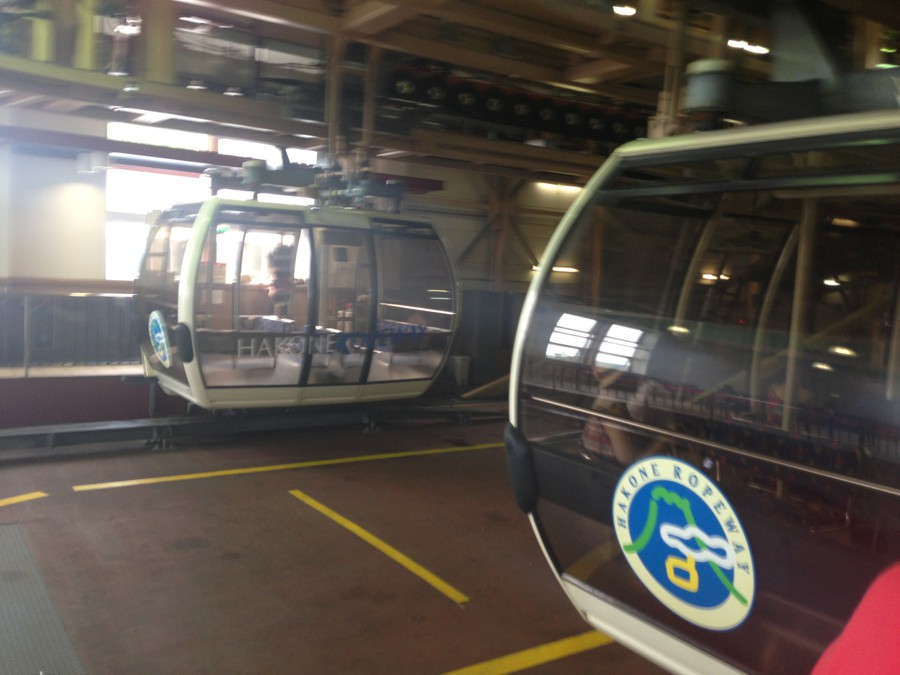 We were really lucky with the weather this day. Despite the clouds we got a great view of Mt. Fuji from the ropeway :) 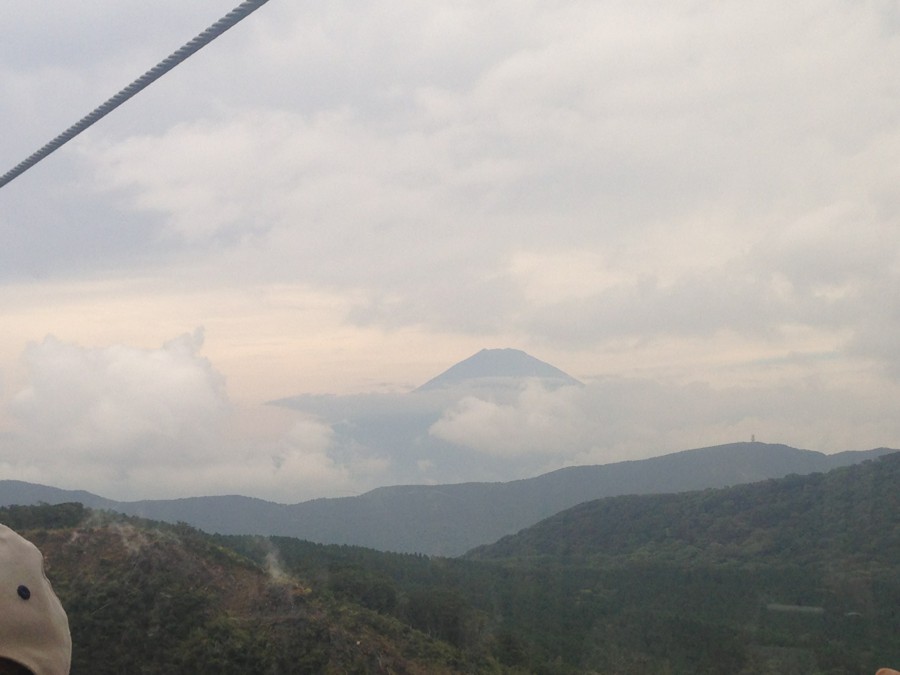 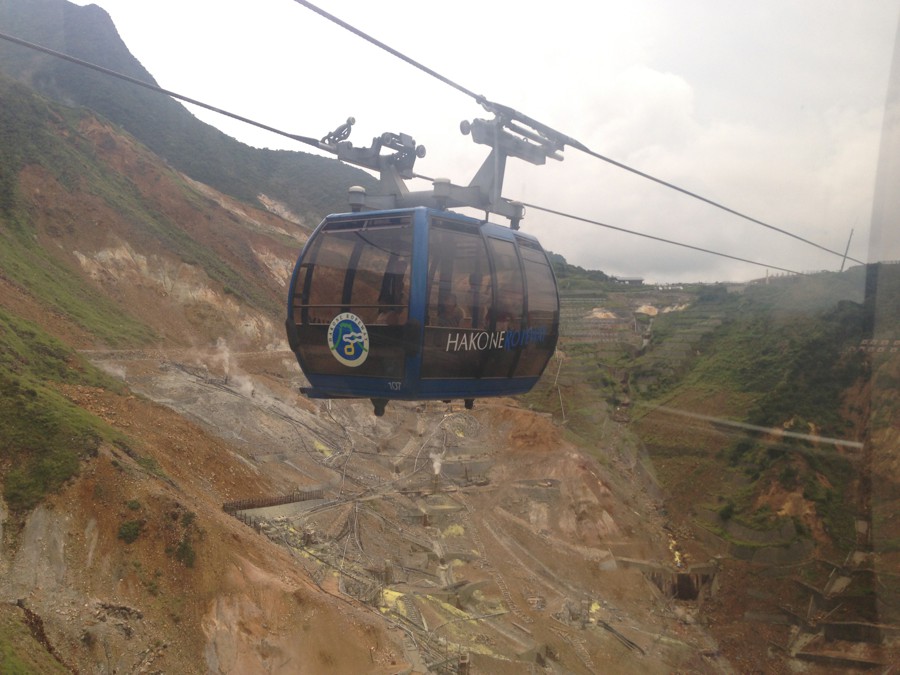 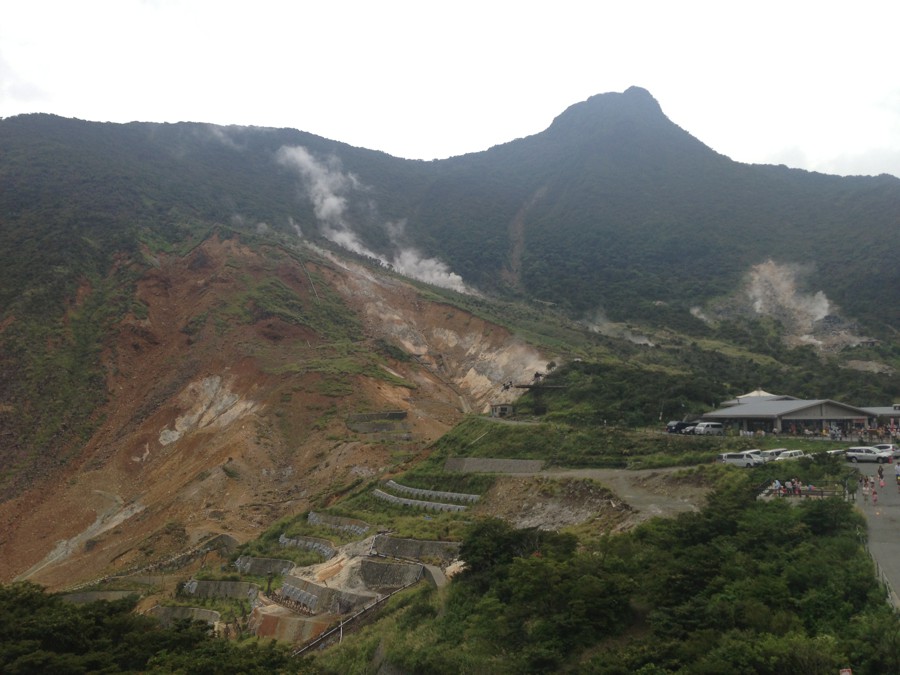 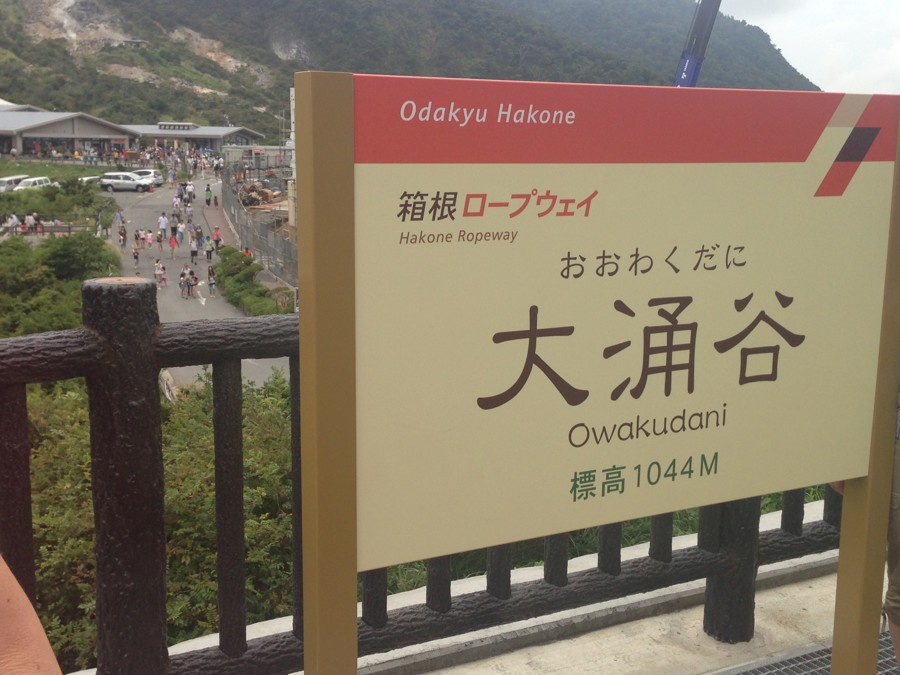 This place is were they're selling eggs boiled in the volcanic water, so had to take the opportunity to check that out! 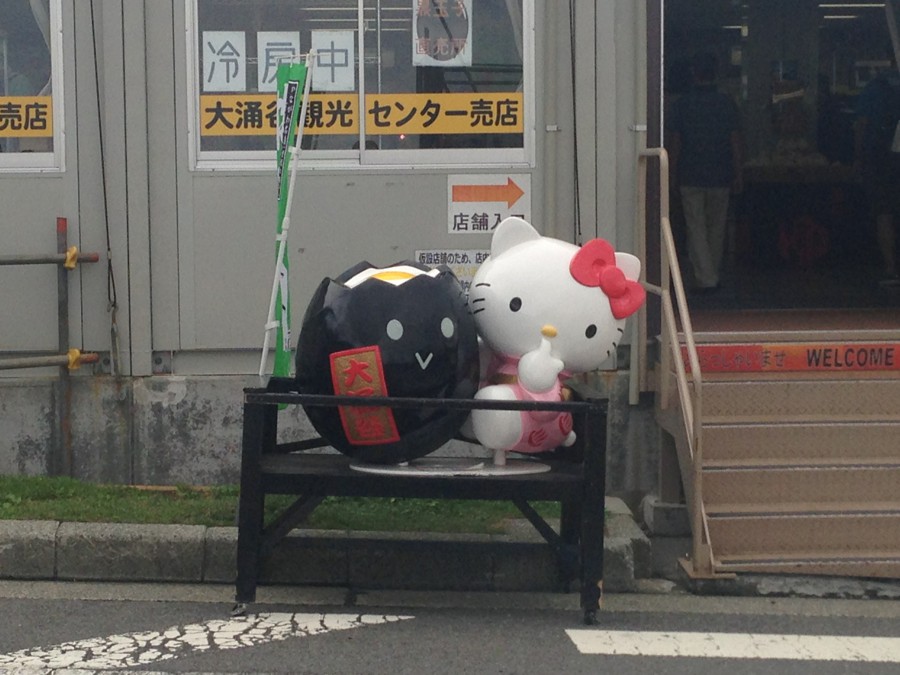 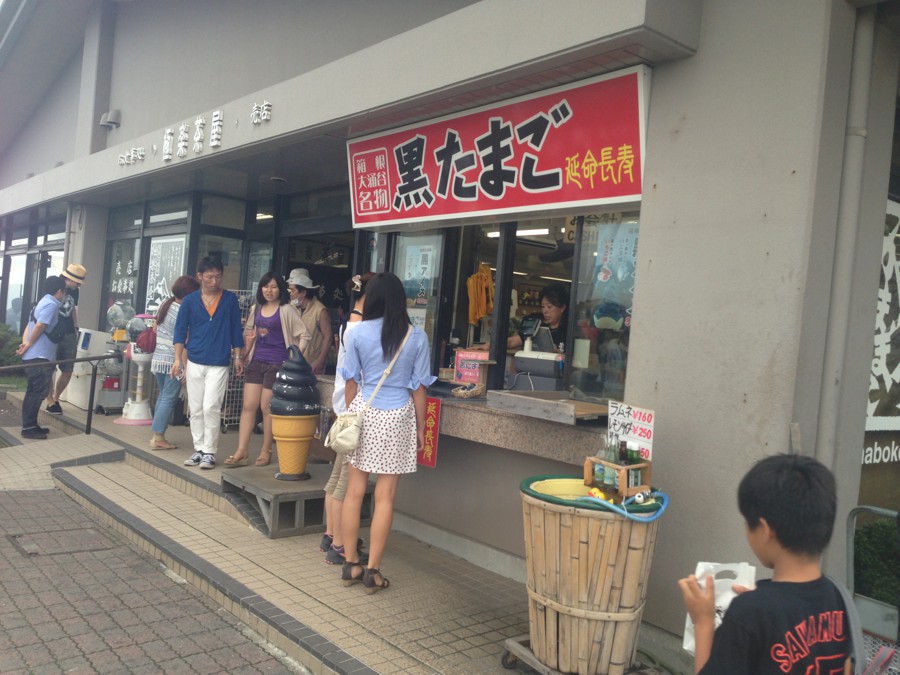 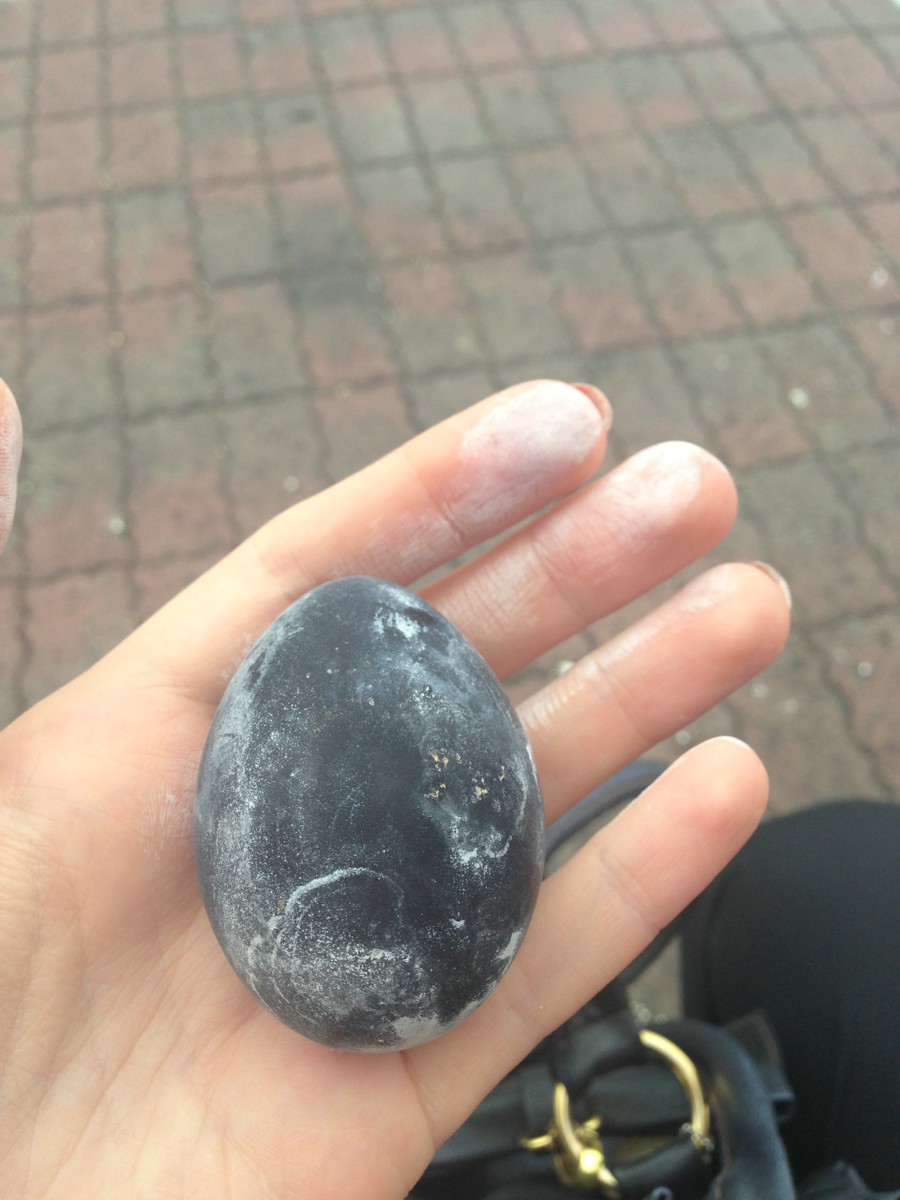 Could see Fuji from the place we were sitting too ☆ 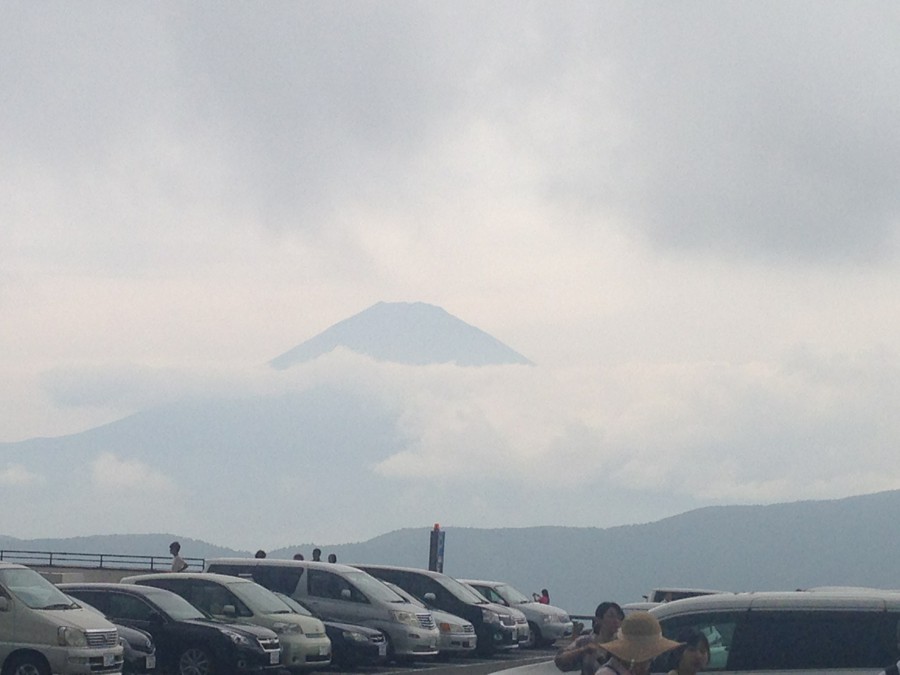 Then went on to explore the area a bit. The volcanic gas was really smelly.... 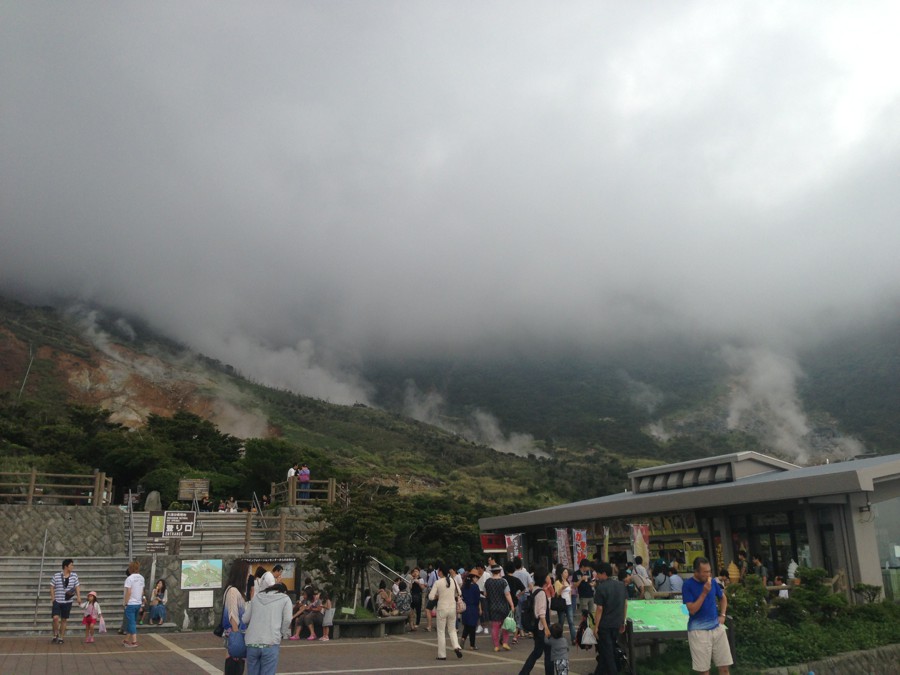 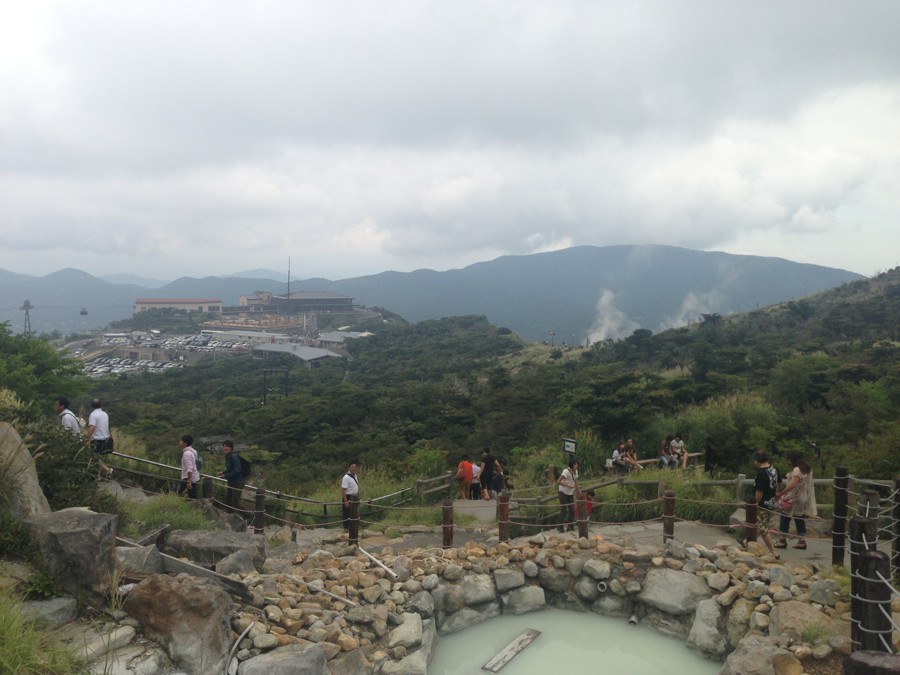 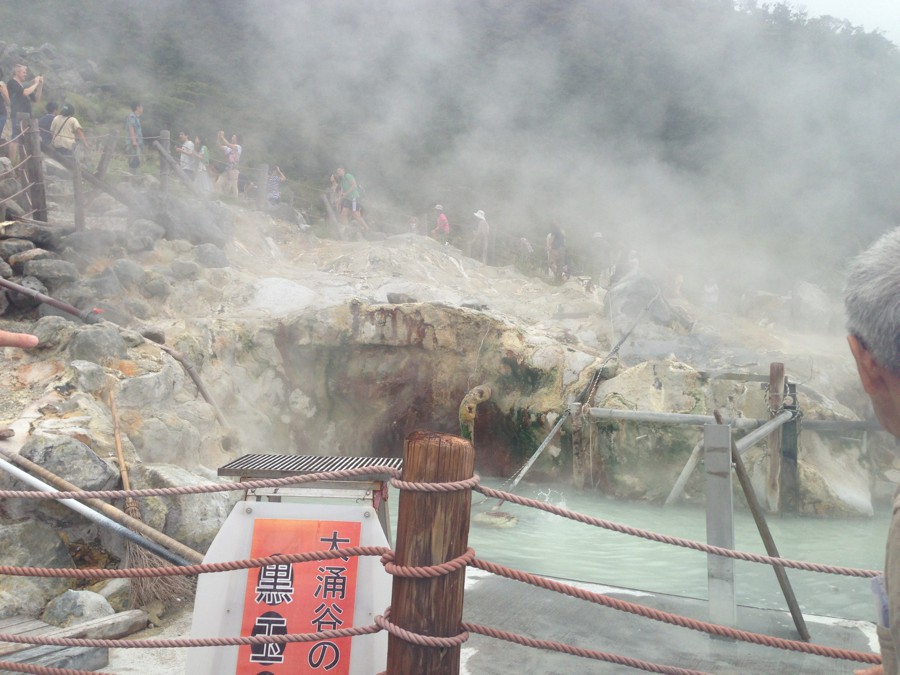 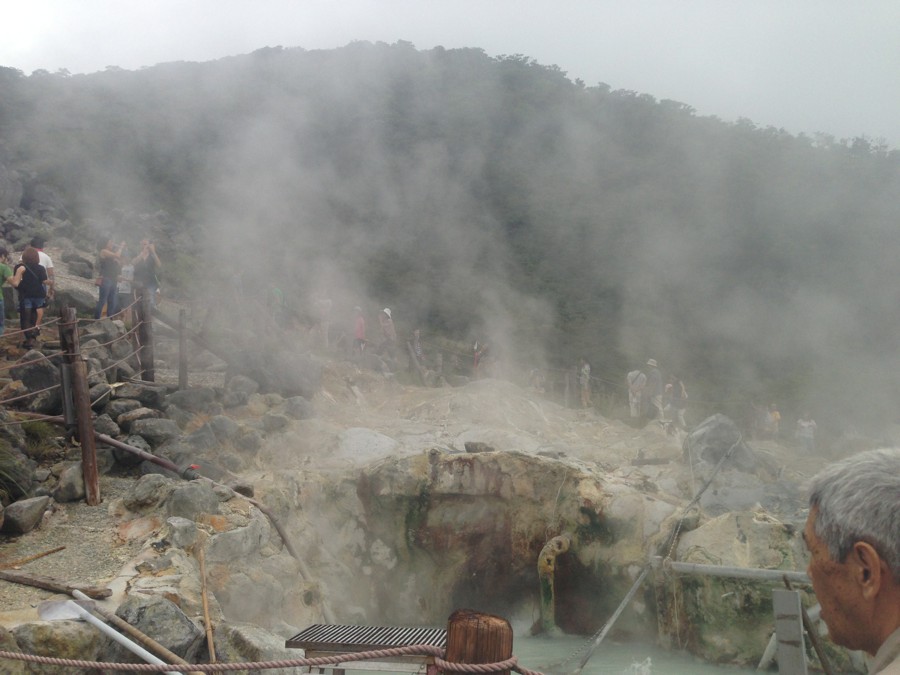 After eating lunch nearby, we got on the ropeway again and moved on to a lake a bit down the other side of the mountain - at 700something meters. There they had some nice big ships ♪ 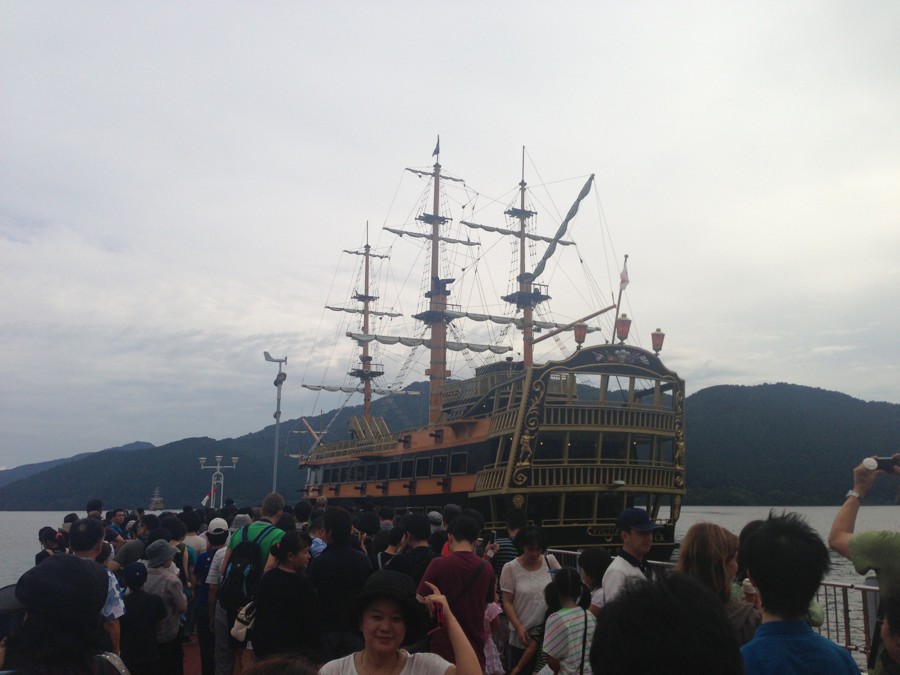 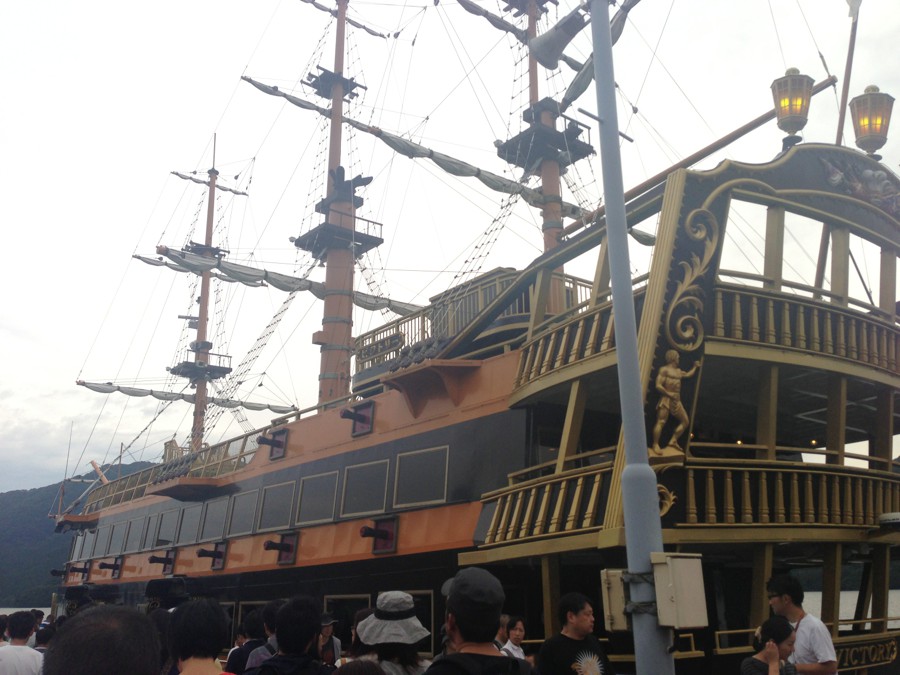 We got tickets for first class :D 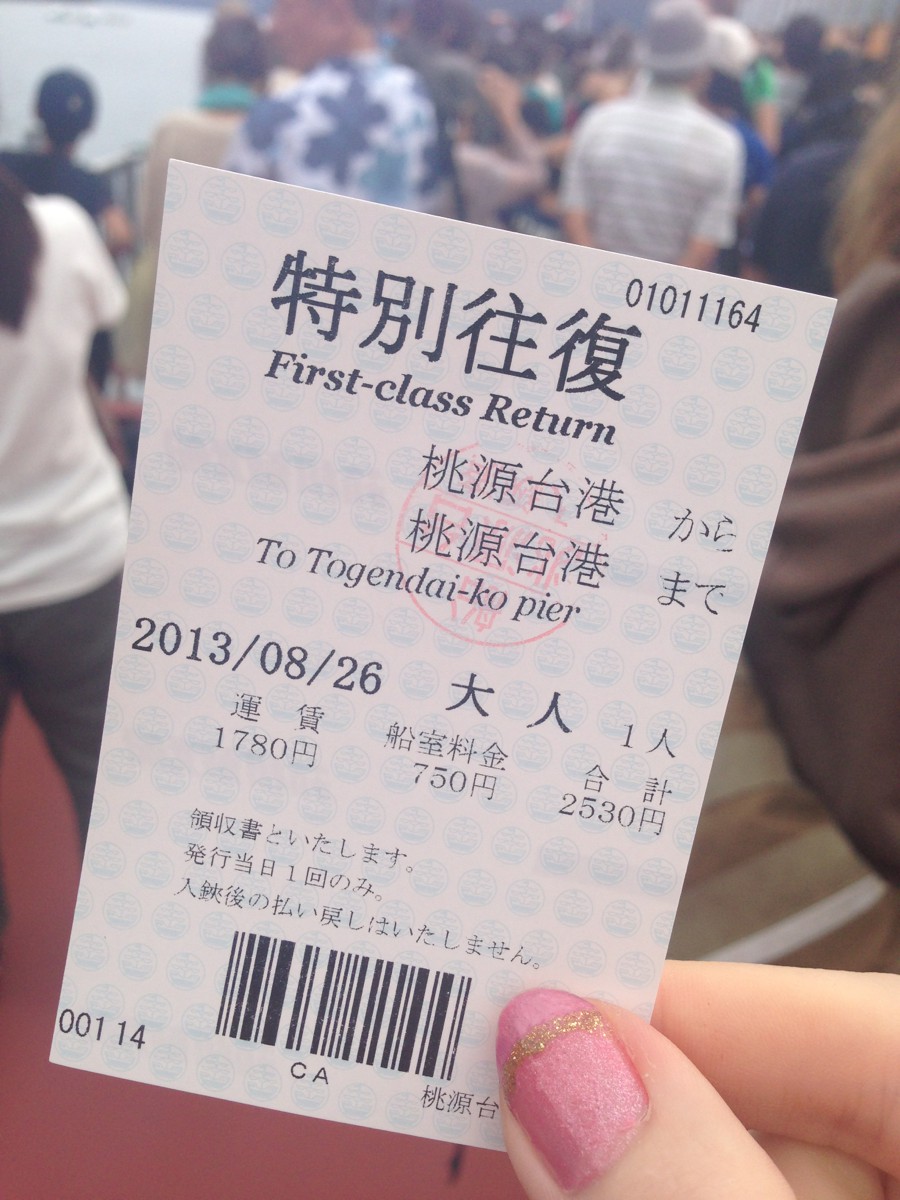 Everyone else were on common class, so it was really cool x) We had the entire front part of the ship to ourselves. 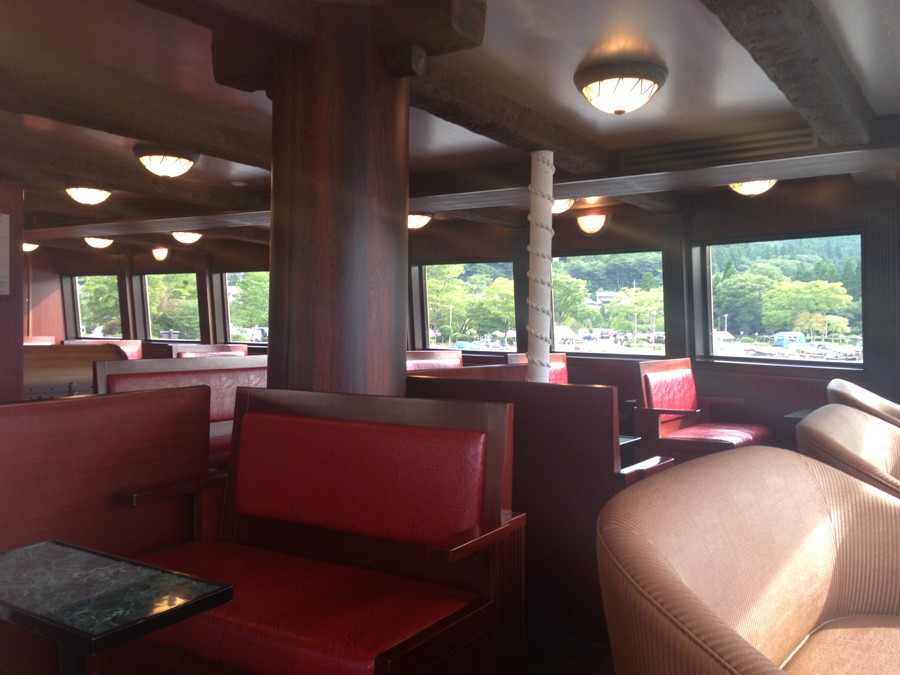 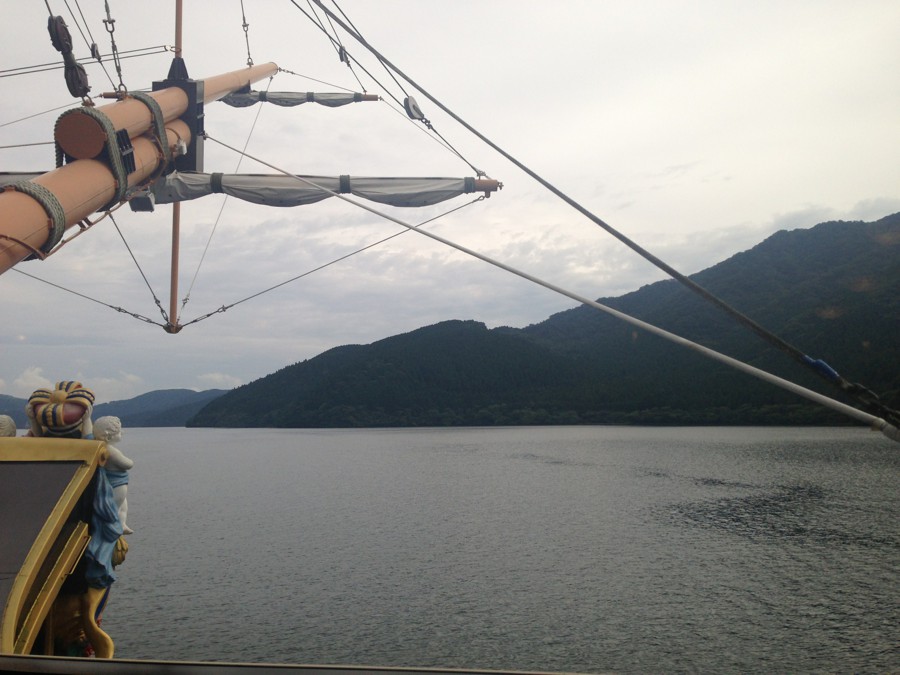 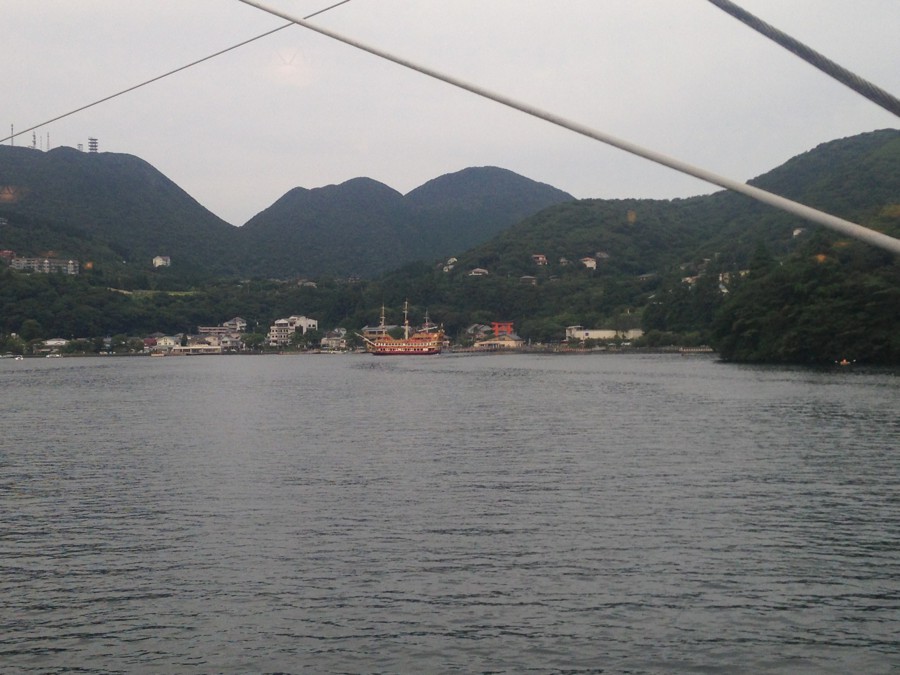 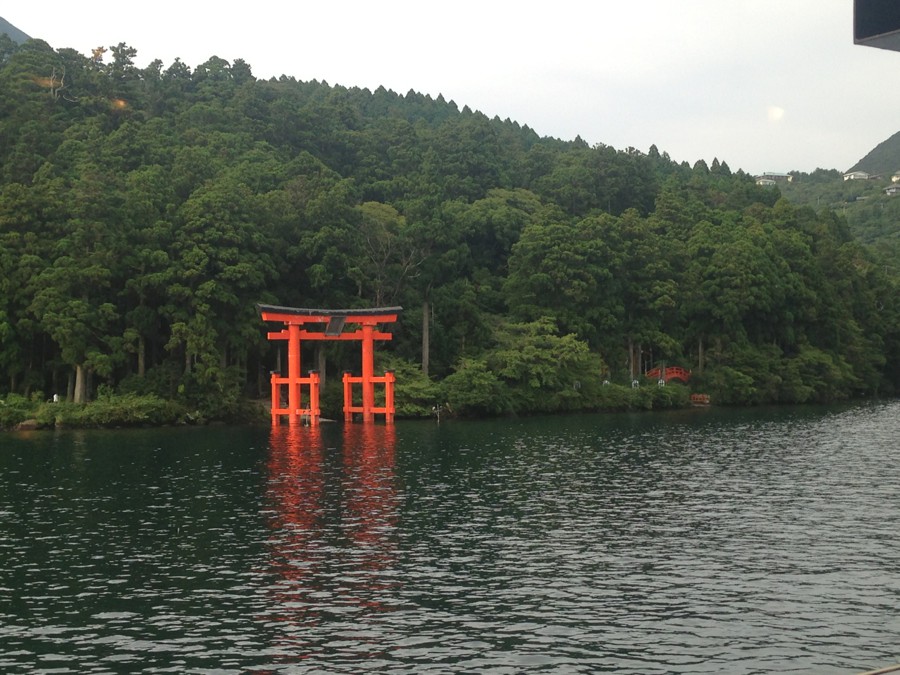 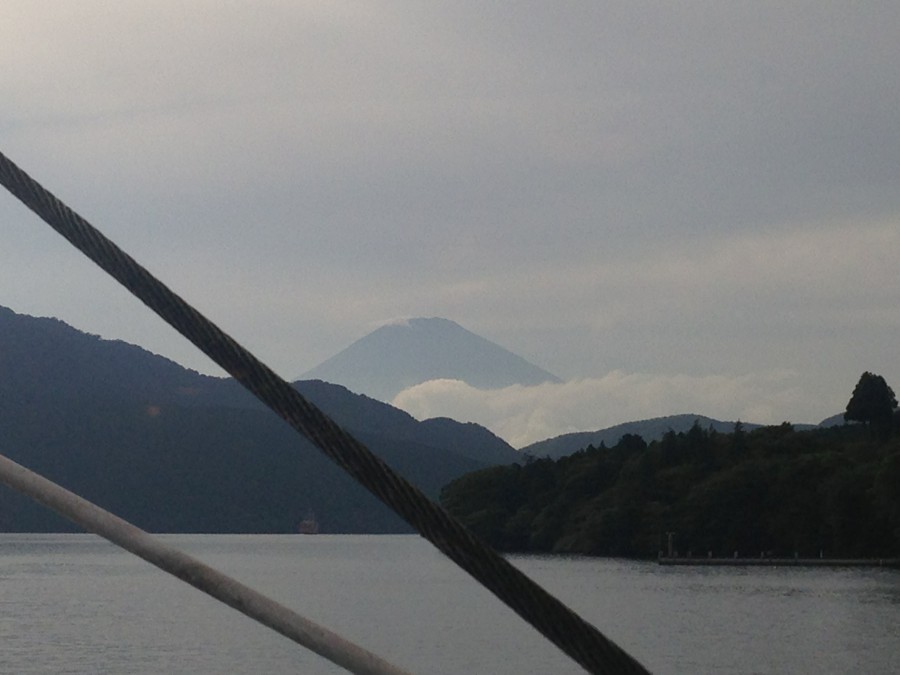 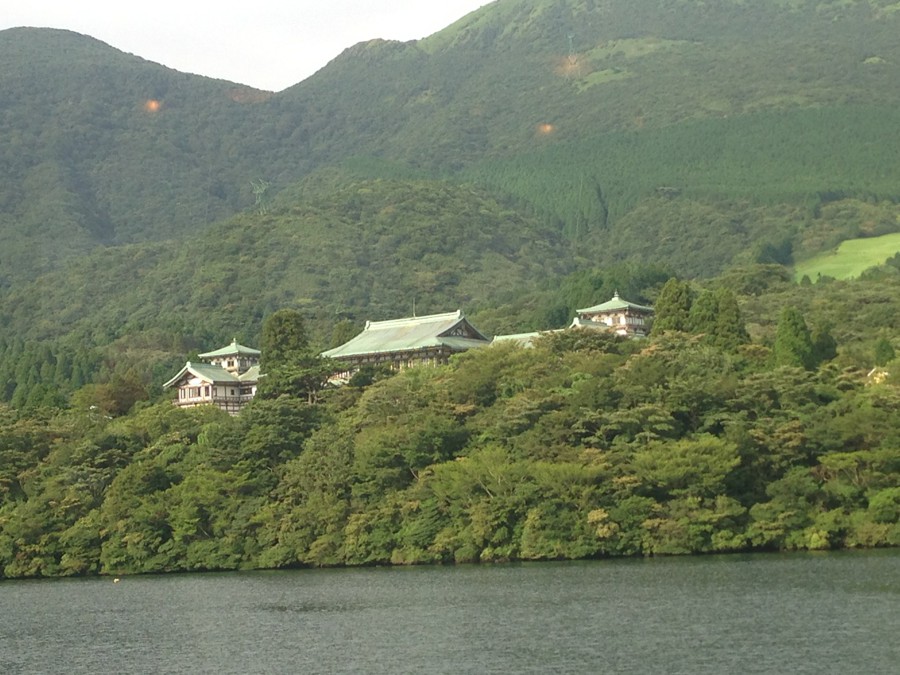 We could also go up on deck. 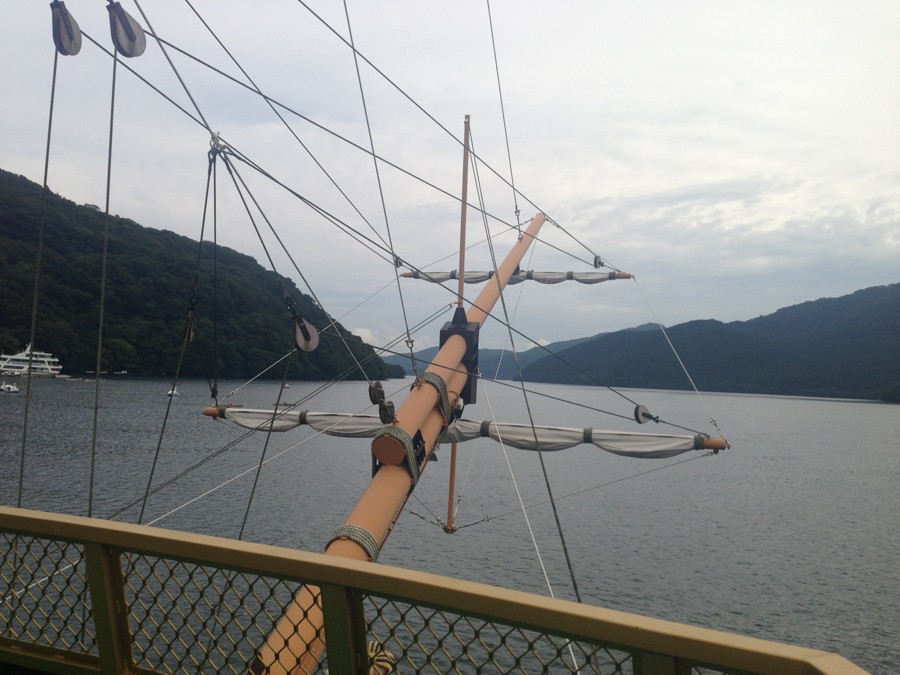 The "common class" behind us. 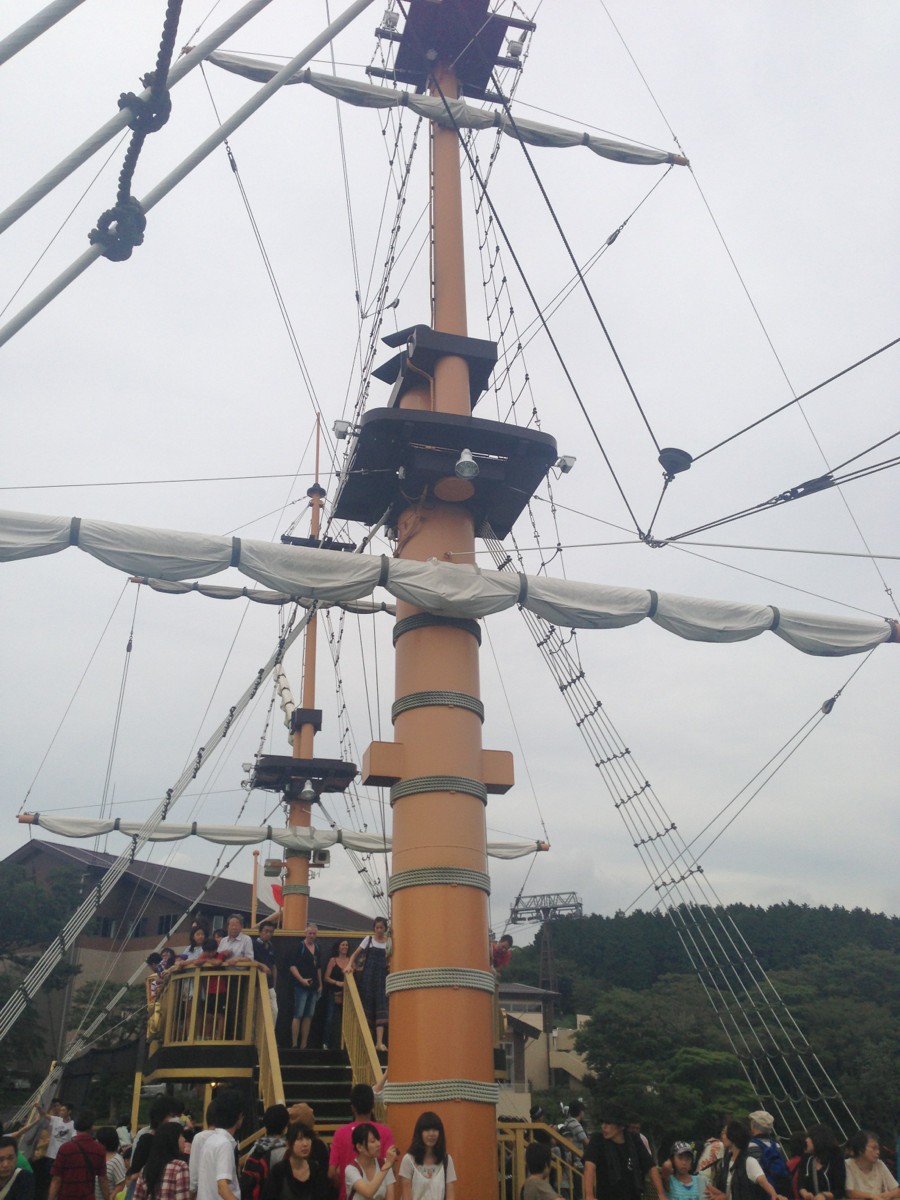 Nice trip out of town :) I don't really get too many chances to travel much these days, so I appreciated the change of scenery. It was also comfortably cool up on the mountain, compared to the sweltering concrete jungle of Tokyo.

Didn't do much this day. Went around the Shibuya area without any specific plans. Started at Kiddyland and walked down Omotesando, then jumped on a bus to Shibuya station (The Hachiko busses in Shibuya only cost 100 yen). 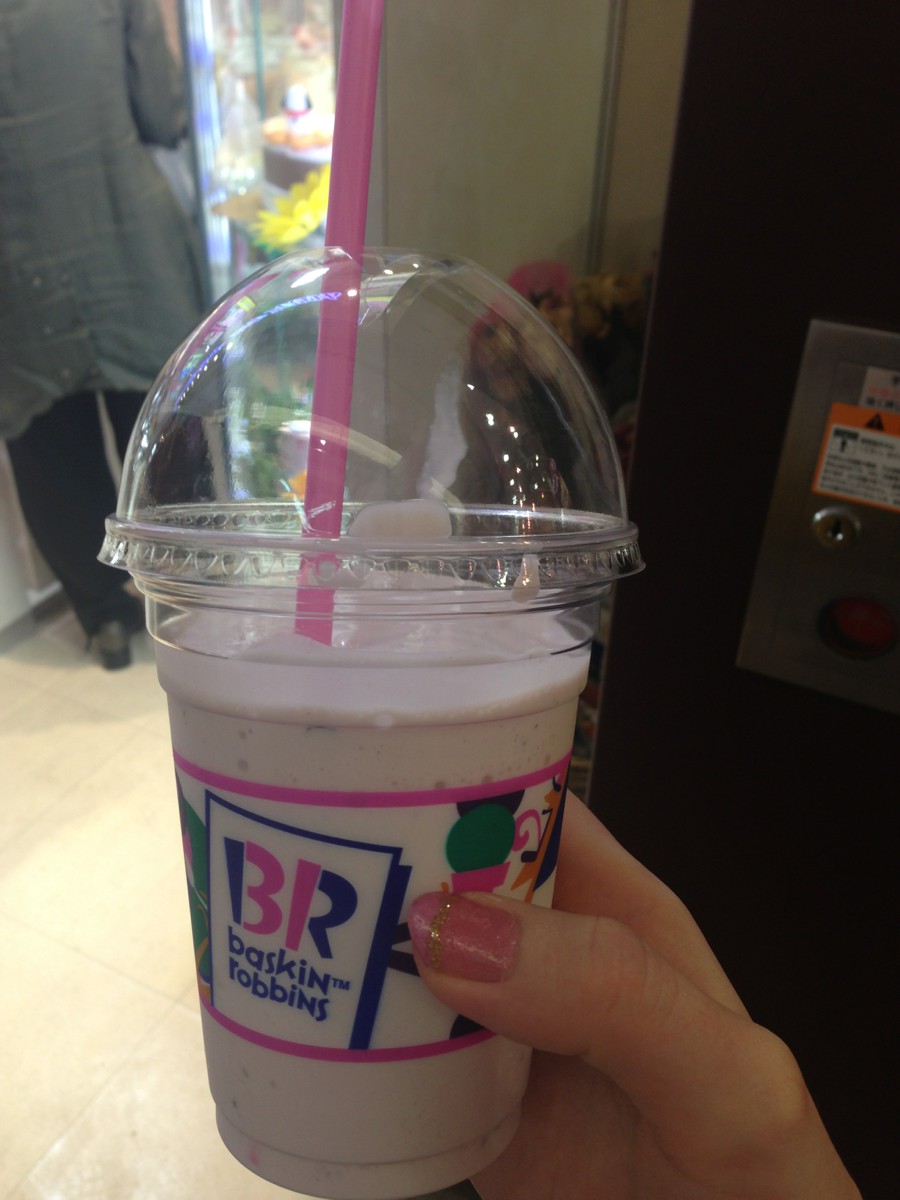 Will continue in a new entry later〜