Headed over to the Shinagawa Aquarium this morning :) Aquariums are great for escaping the heat of the sun.

Just as we arrived, they were preparing for the dolphin show, so we lined up to watch that. 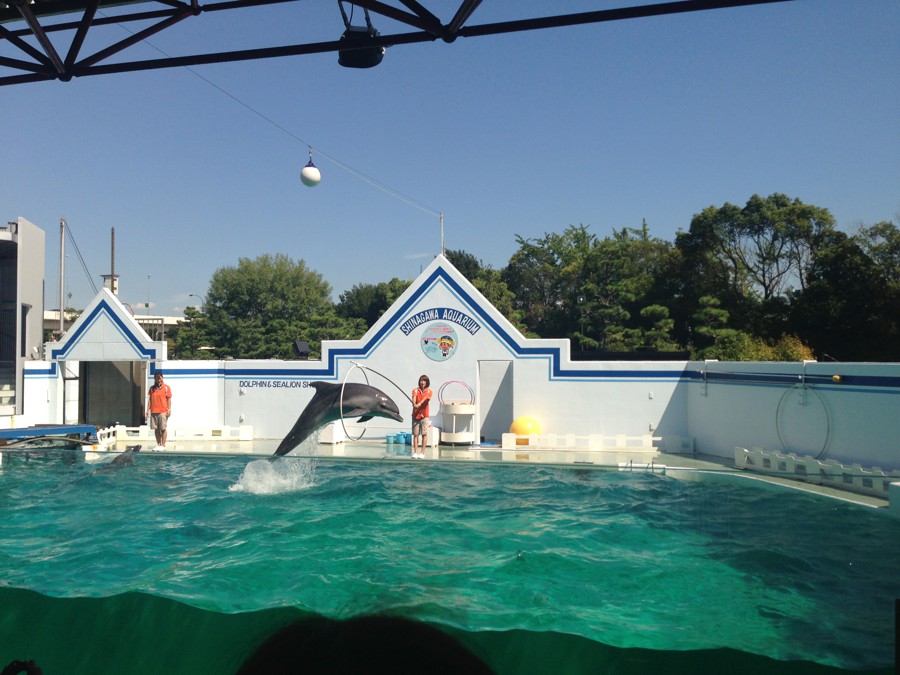 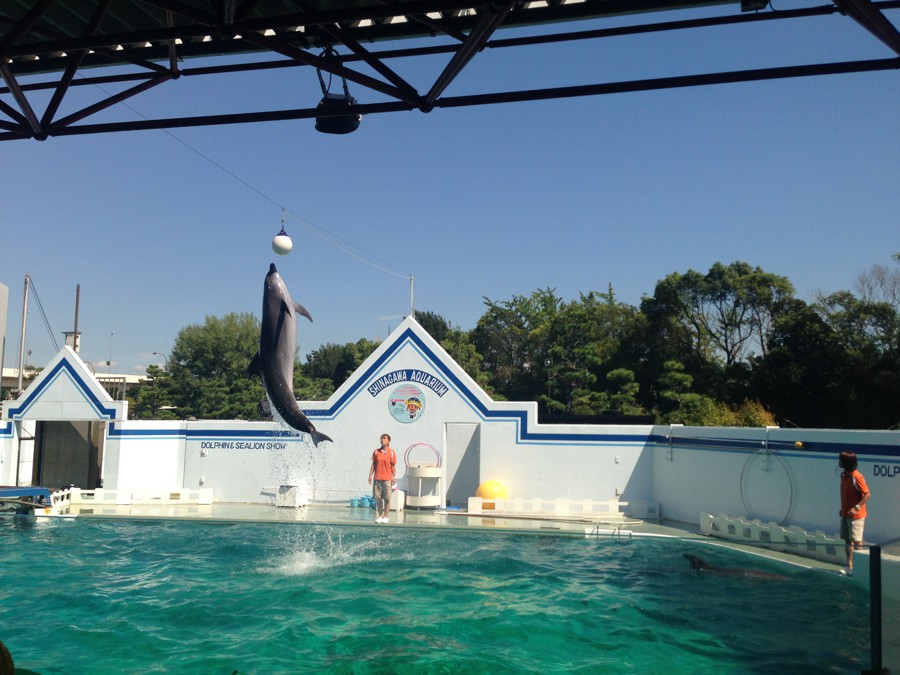 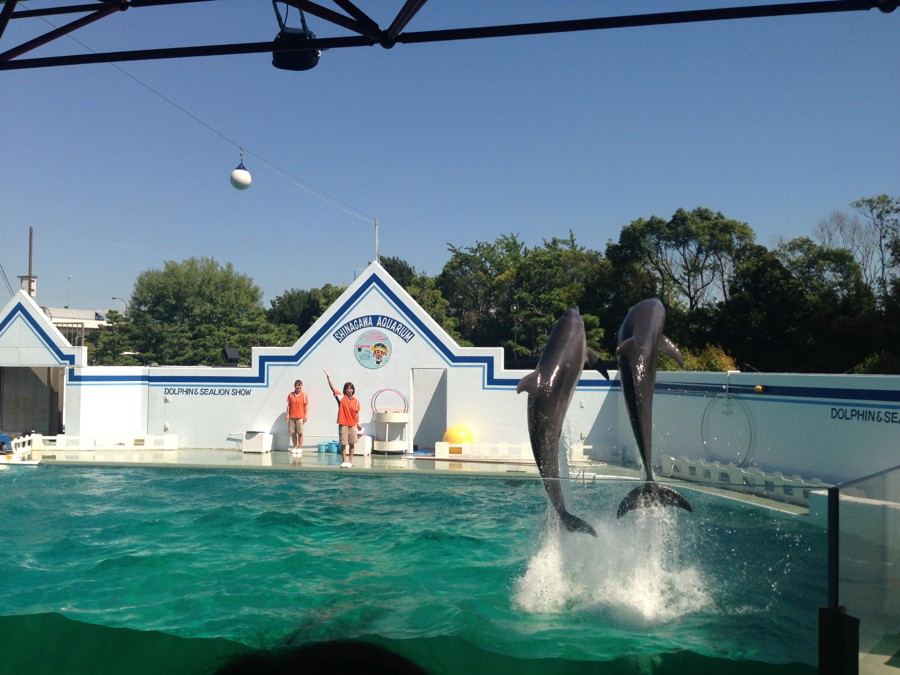 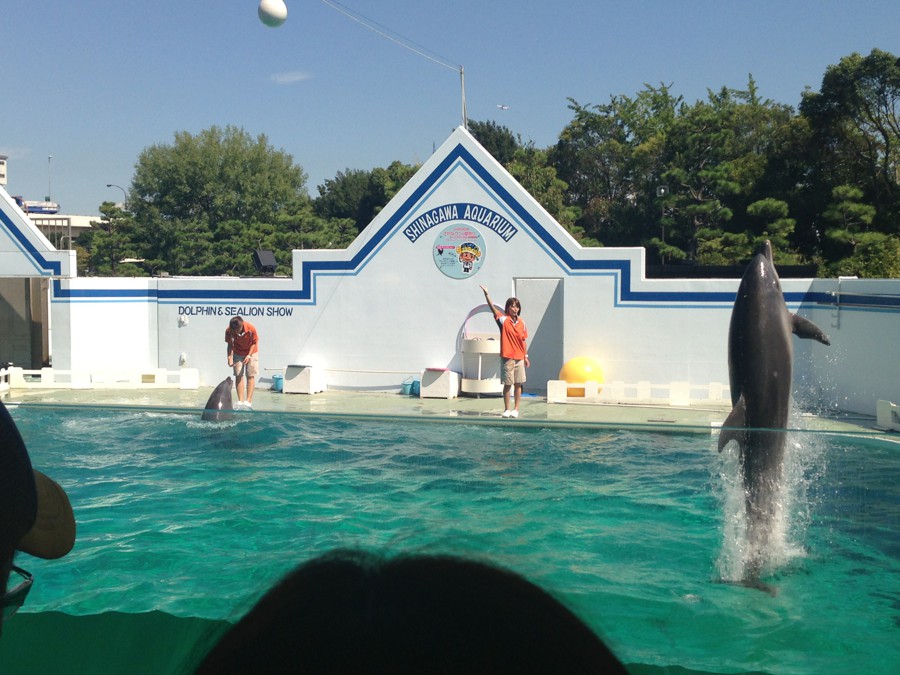 They were cute :) Later on there were other shows in the tank too, like sea lions. 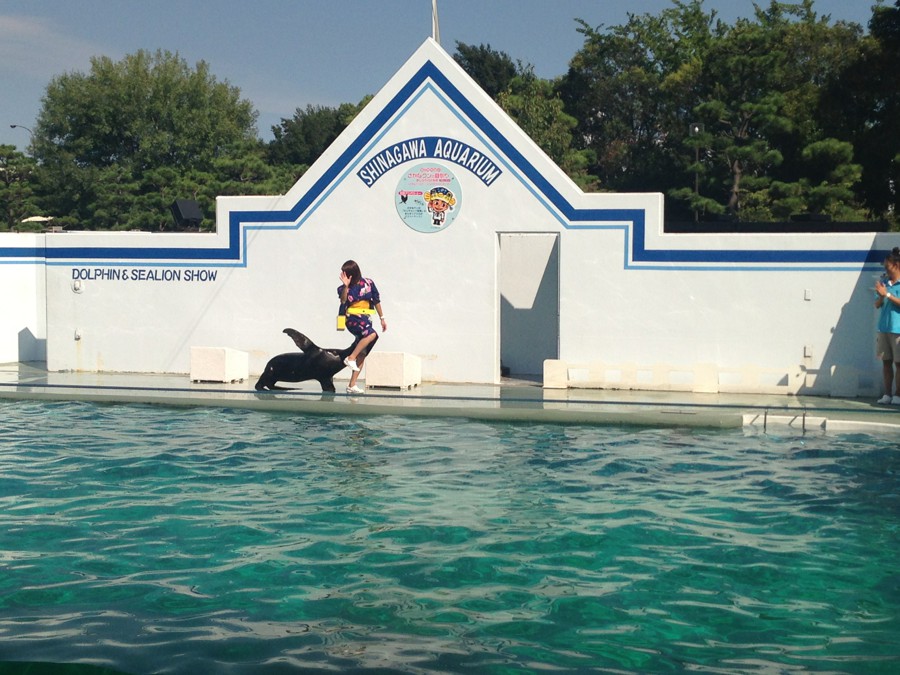 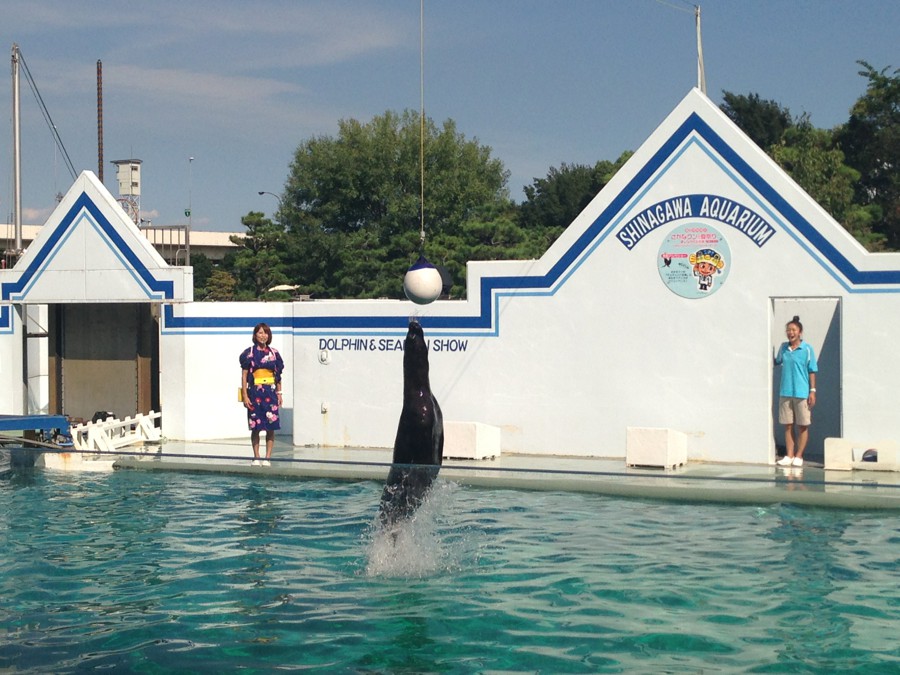 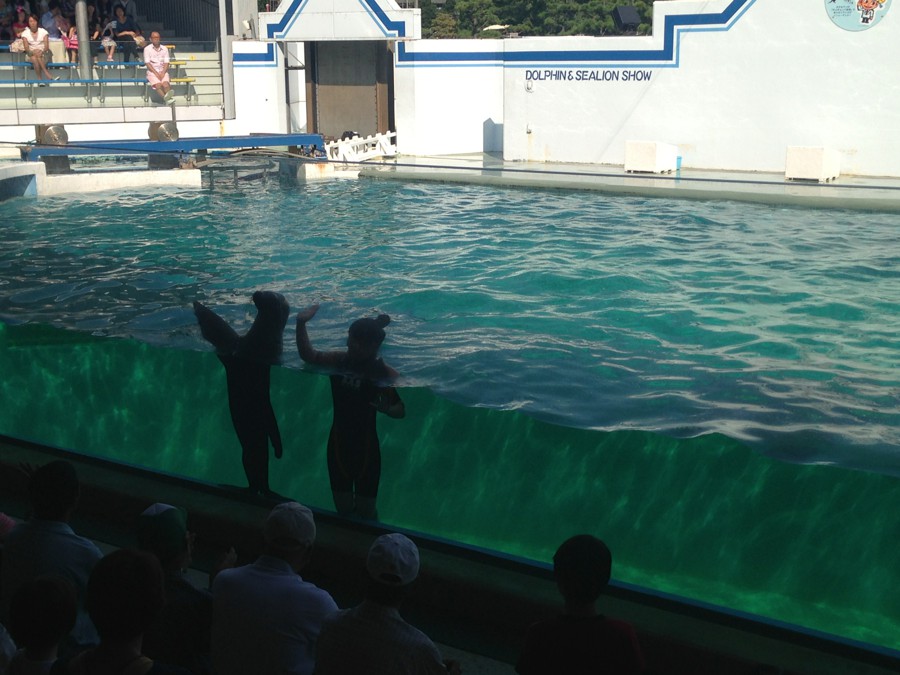 Inside an underwater tunnel: There was a really big turtle in there too. 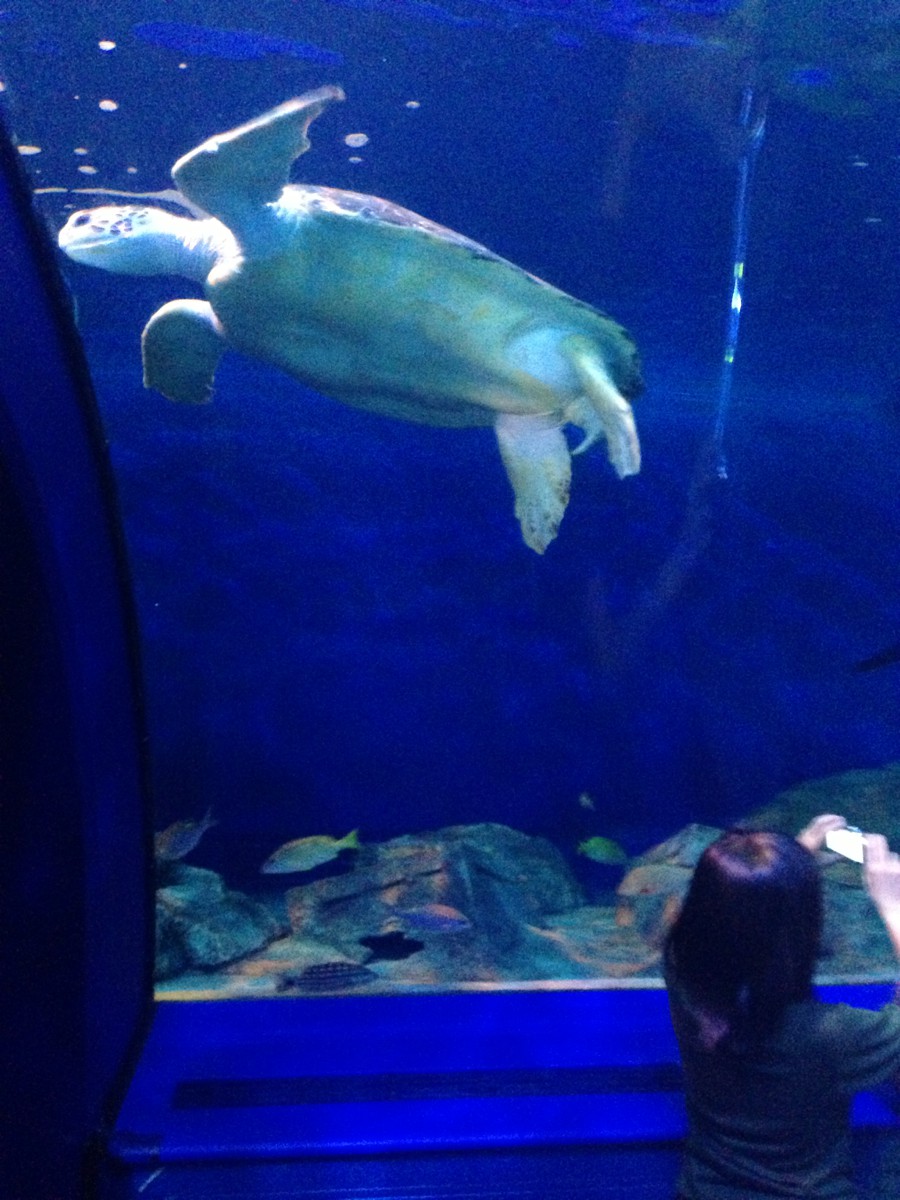 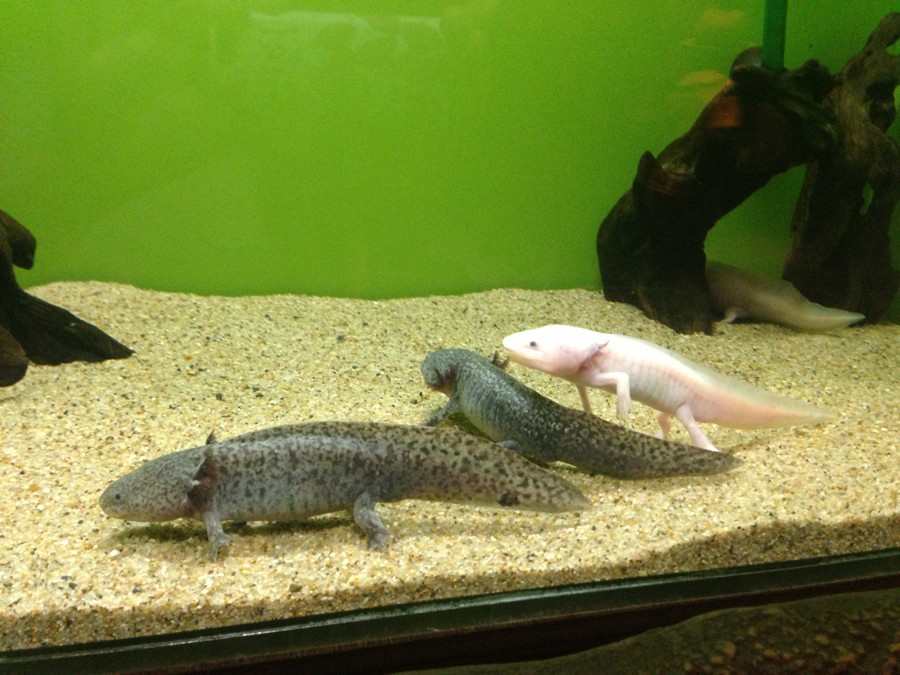 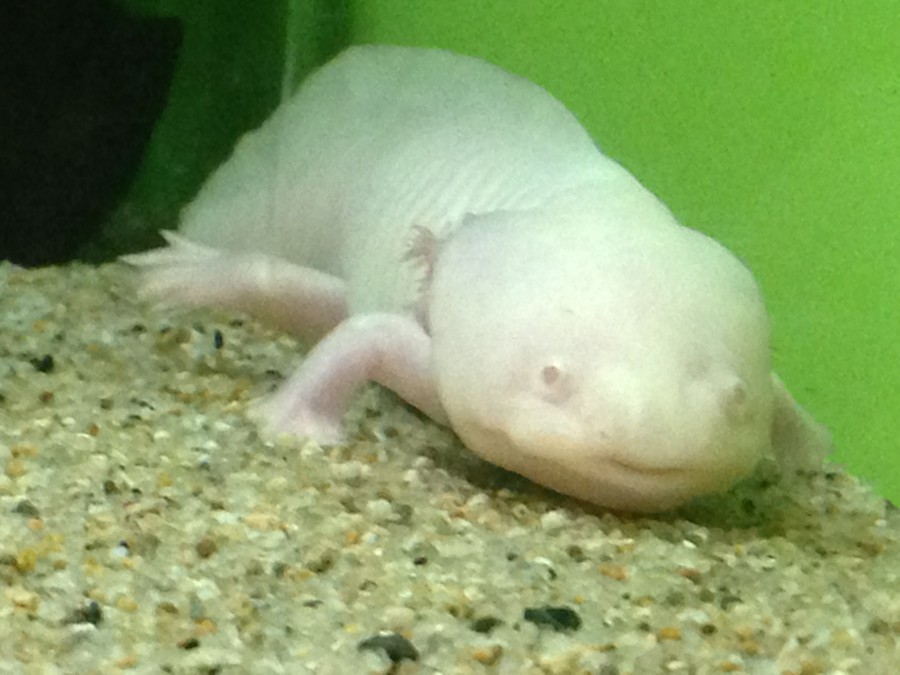 The tunnel through the seal tank was fun. Lots of different paths, corners, windows. (Though the animals themselves moved too quickly to get any proper pictures.) 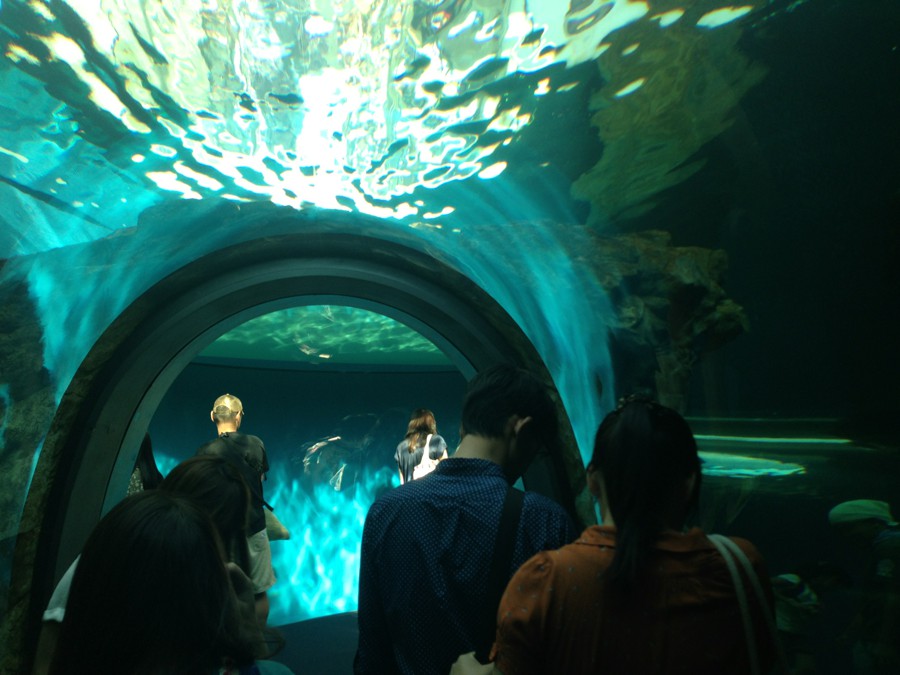 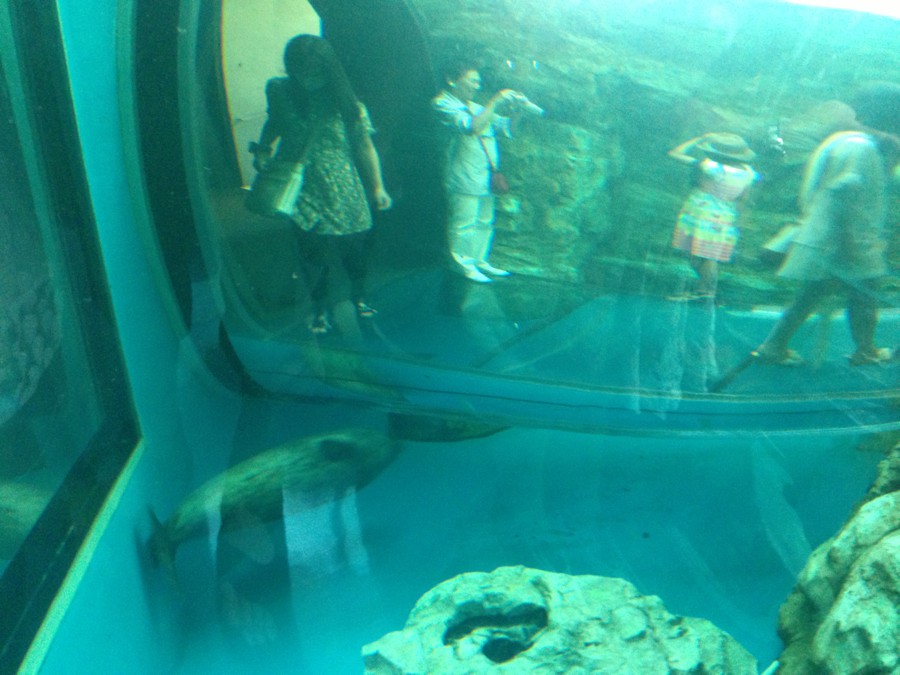 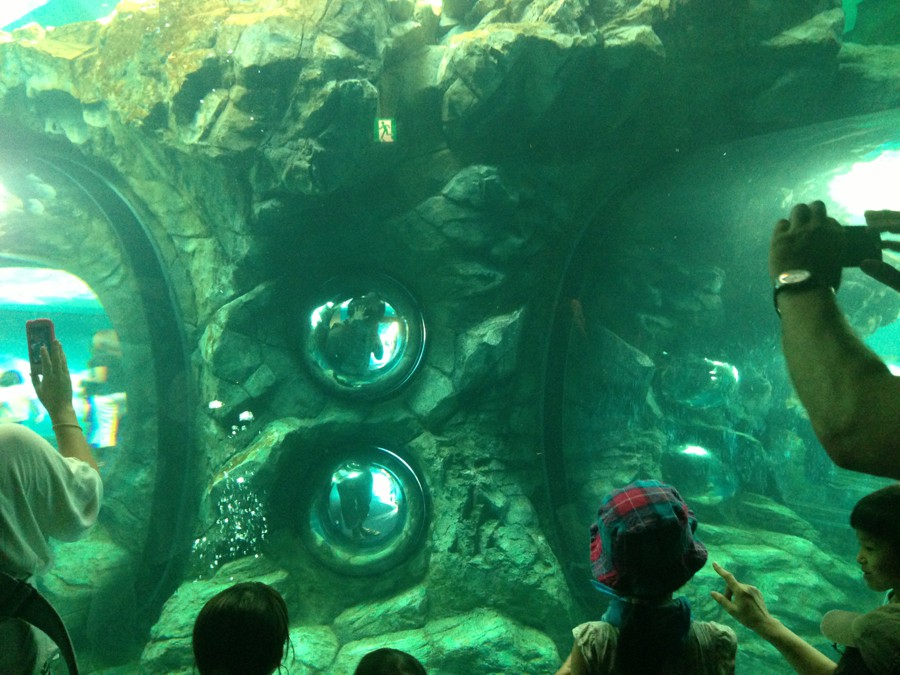 Ate dinner at a dolphin-themed restaurant just outside afterwards, with a nice view from our table. 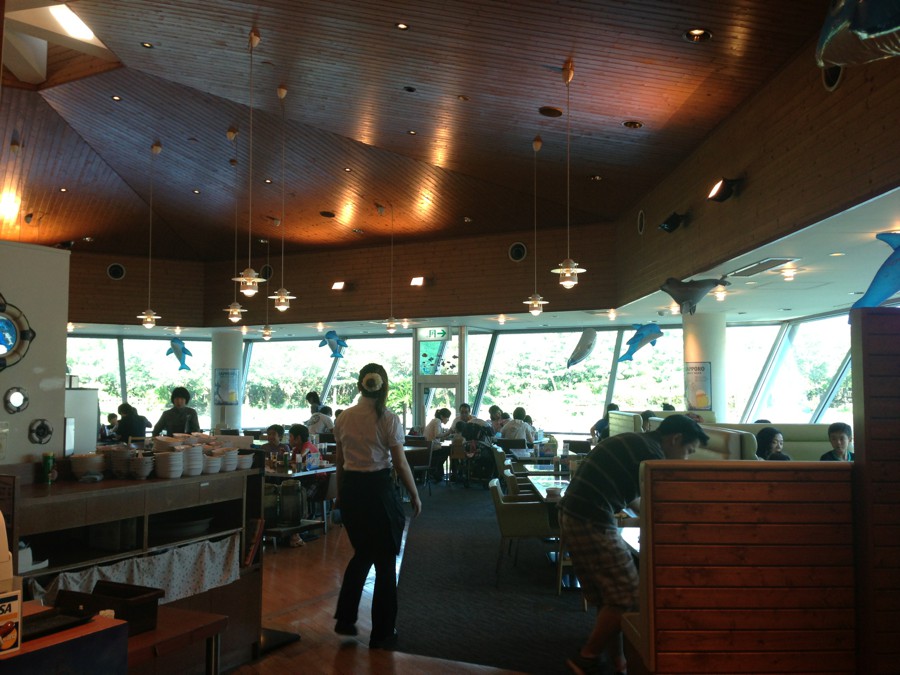 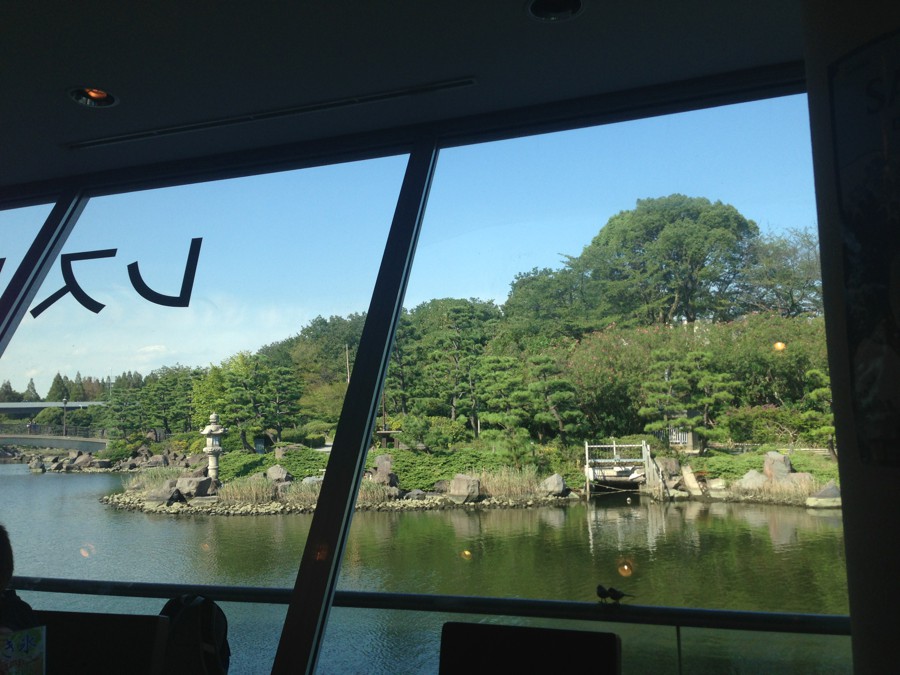 The following day was another daytrip westwards. Lots of pictures, so I'll make a separate entry later.