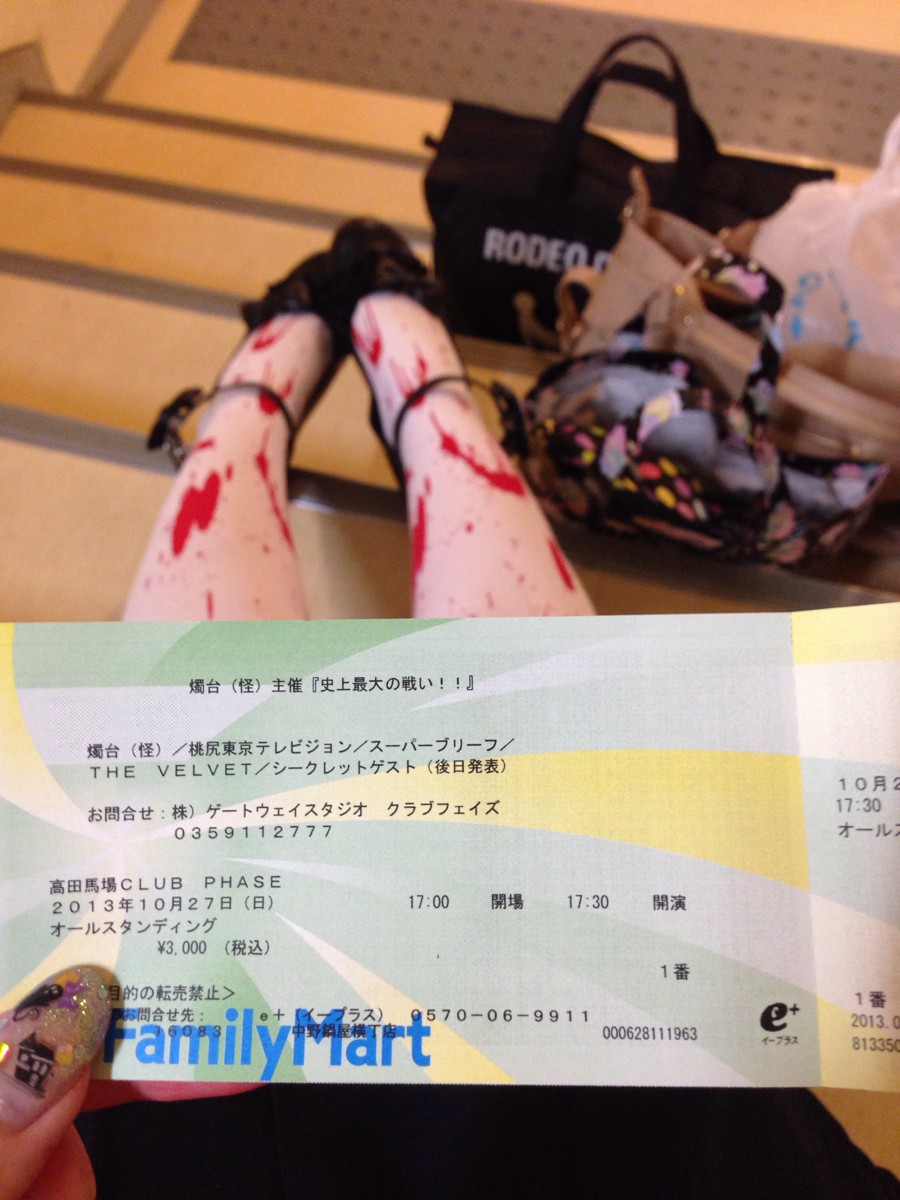 Second part of the Raichi(?) cosplay stuff (I've still not read that manga, and have no idea about the characters... oh well.) 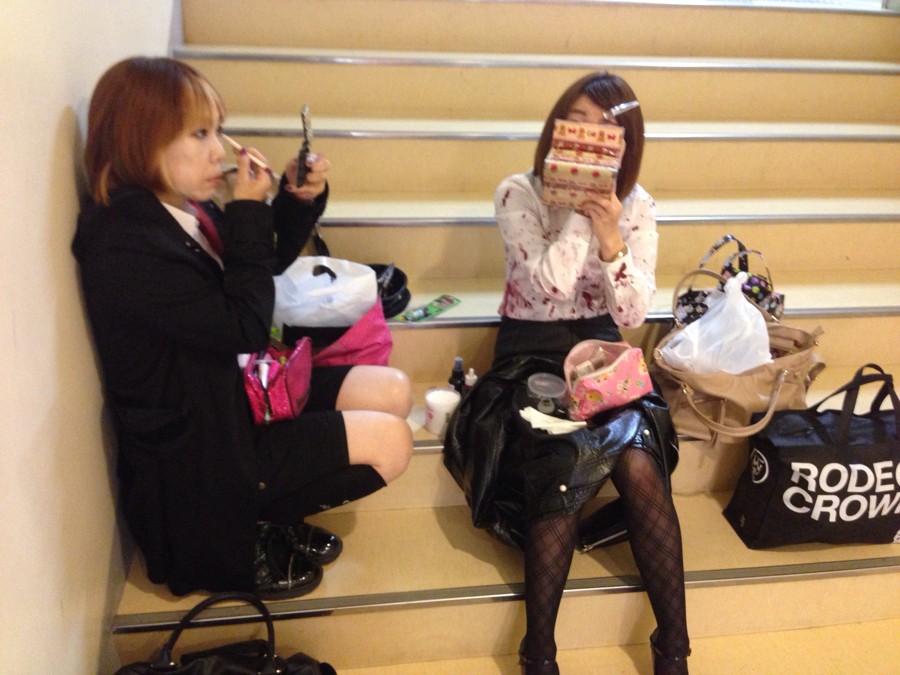 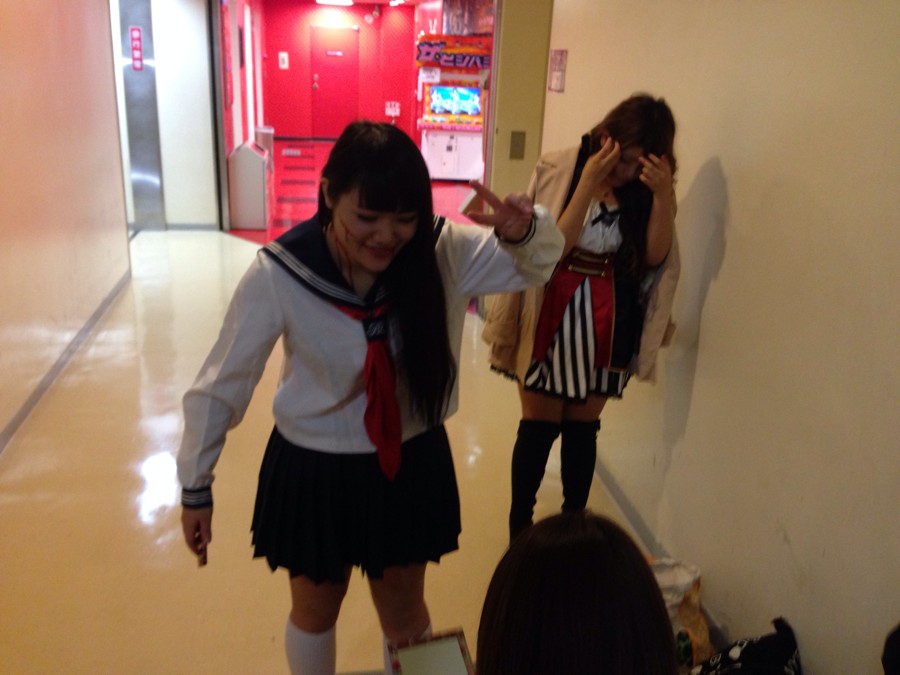 Met up with some of the girls at a mall near Takadanobaba station to take some purikura for the occasion. 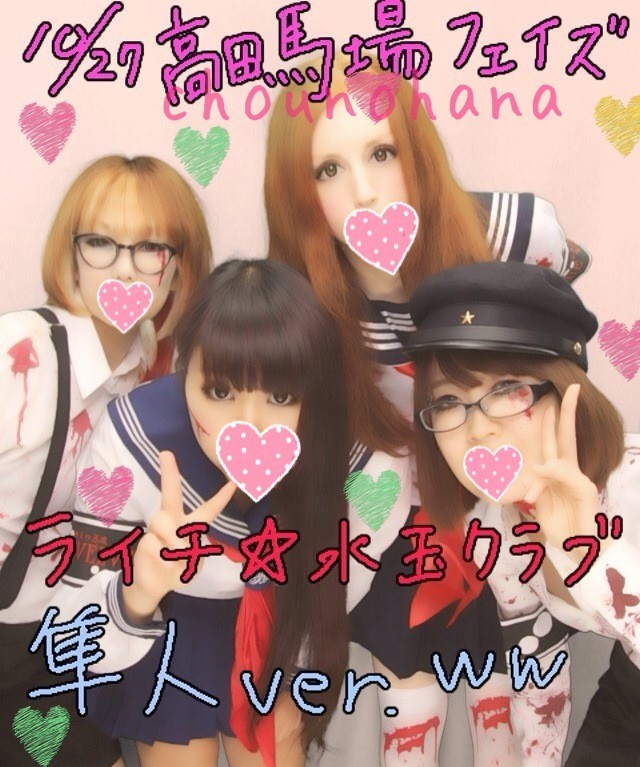 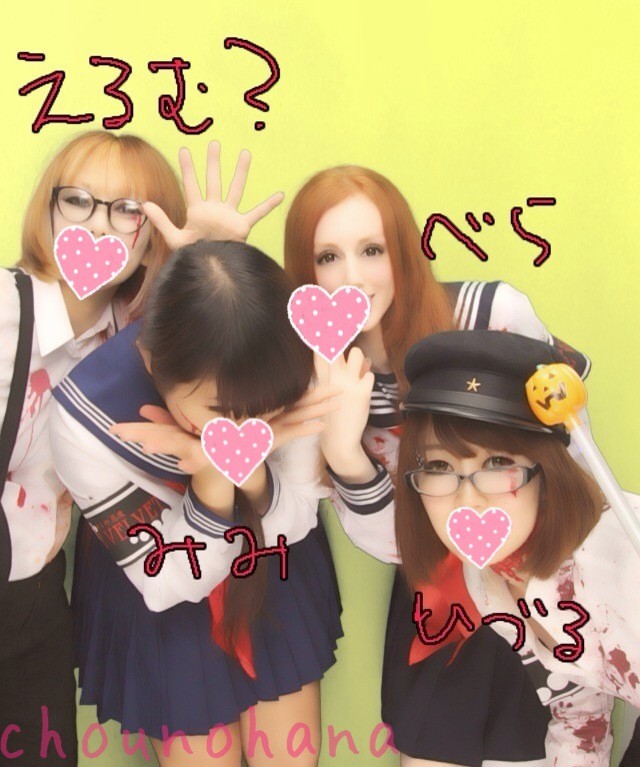 Then headed over to Club Phase. Hadn't been there since of of Art Cube's lives in... 2010? It's an ok live house though. It has a nice area outside the main hall where people can hang out. 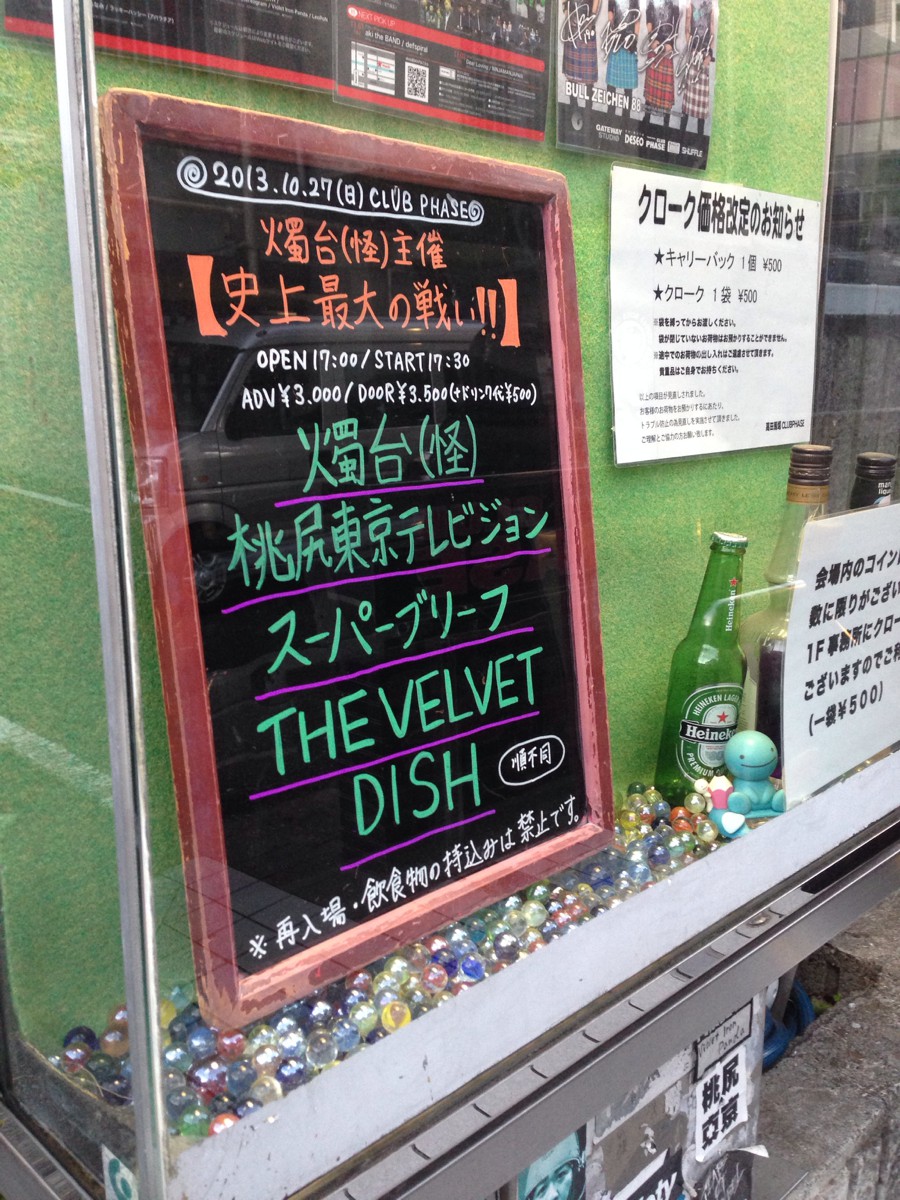 Shokudai is a weird band... And they invited equally strange guests. I brought a Norwegian friend along to this particular live, and he's really good at making friends, and got pictures with several of the band guys. This is a couple of examples of the people performing at this event: 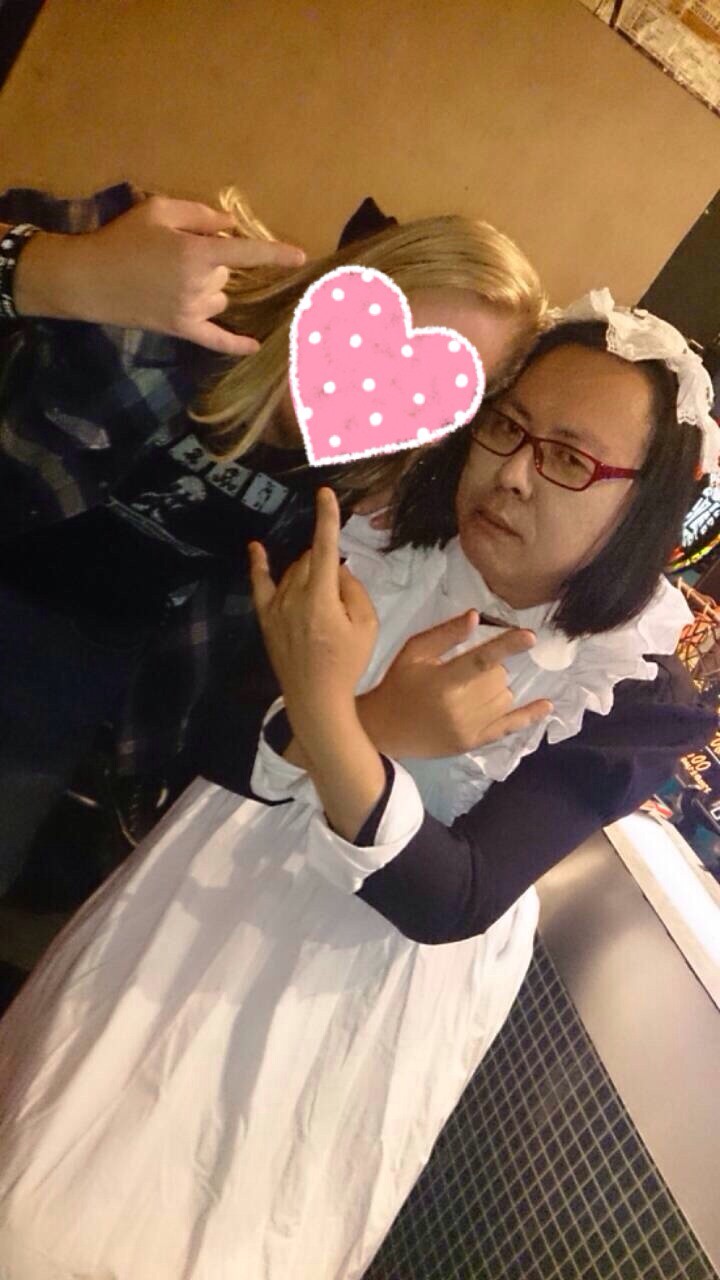 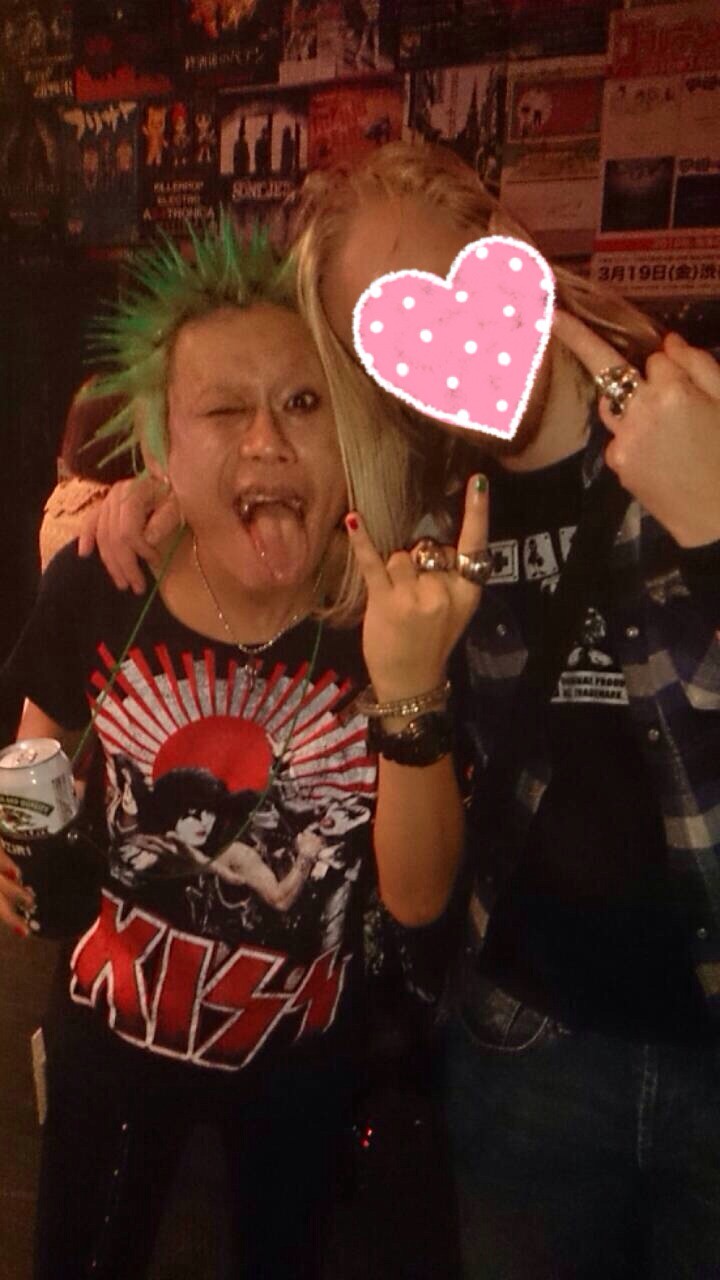 .... The band of the green haired guy did some sort of KISS homage?? (They had the same kind of make-up during the live). Randomly got a band sticker from him: 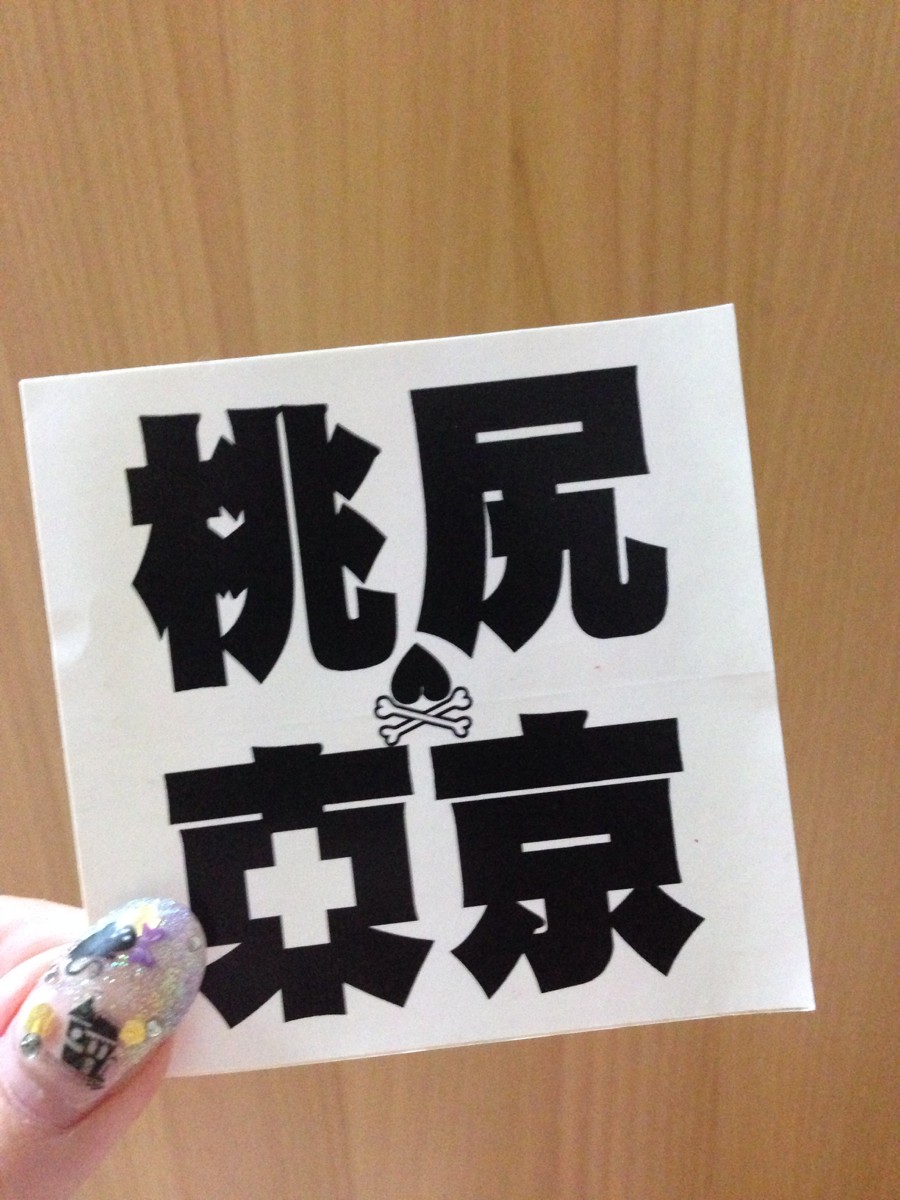 Mu☆Mu was also in that band for some reason.

THE VELVET was the second band ♪ Made up for them being last at the previous live. Happy with their setlist too! It had both Cinderella and Seijaku :) And thankfully this live house had a bar thingy at the frontrow, which is a huge help for some parts of the furi.

The guys did a few small changes to the cosplay to vary from last time. Added some fake blood and, since Hayato did drums this time, changed one of the characters.

Once Velvet were done, we spent the rest of the time hanging out in the room outside the main hall. Bera eventually came and sat down with us to chat ♡

Left after DISH were done playing, and had dinner followed by some drinks in Shinjuku afterwards ♪ Too bad the next live's not until November 17th. That'll be a sponsored event though! Let me know if anyone wants to come along :)

Too much other stuff that needs to be done before that, and it's almost 4am now, so I guess I'll be heading to bed.