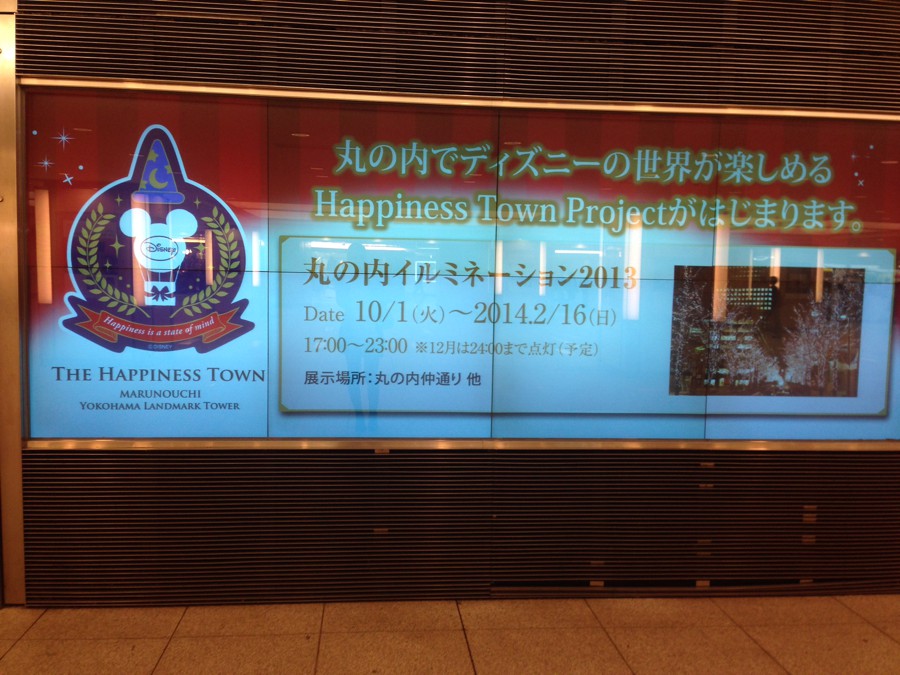 Went to the Marunouchi district today to look around. Part of Tokyo station is currently used as a gallery to display Disney artwork etc. 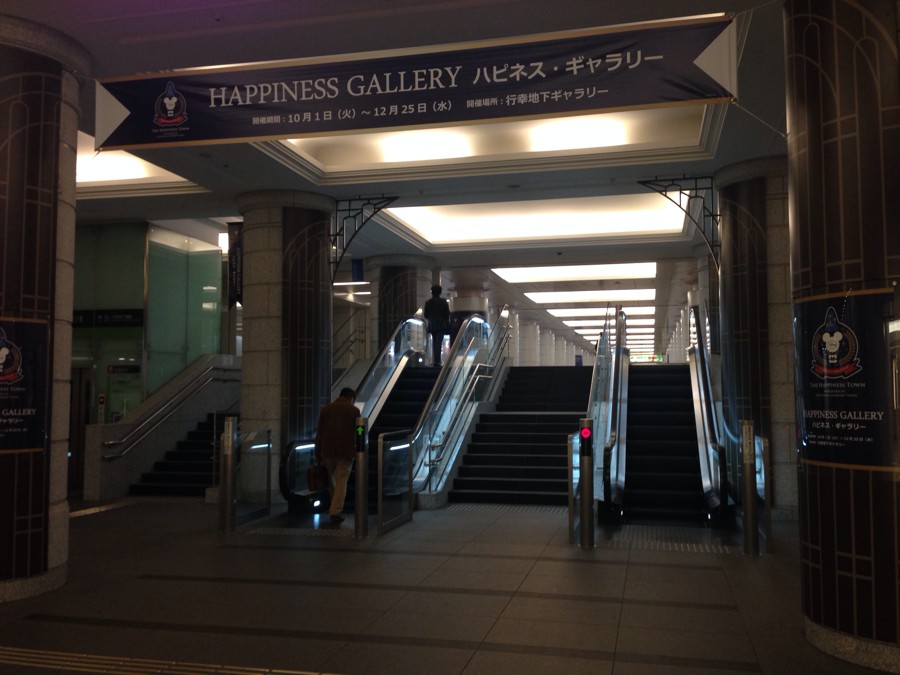 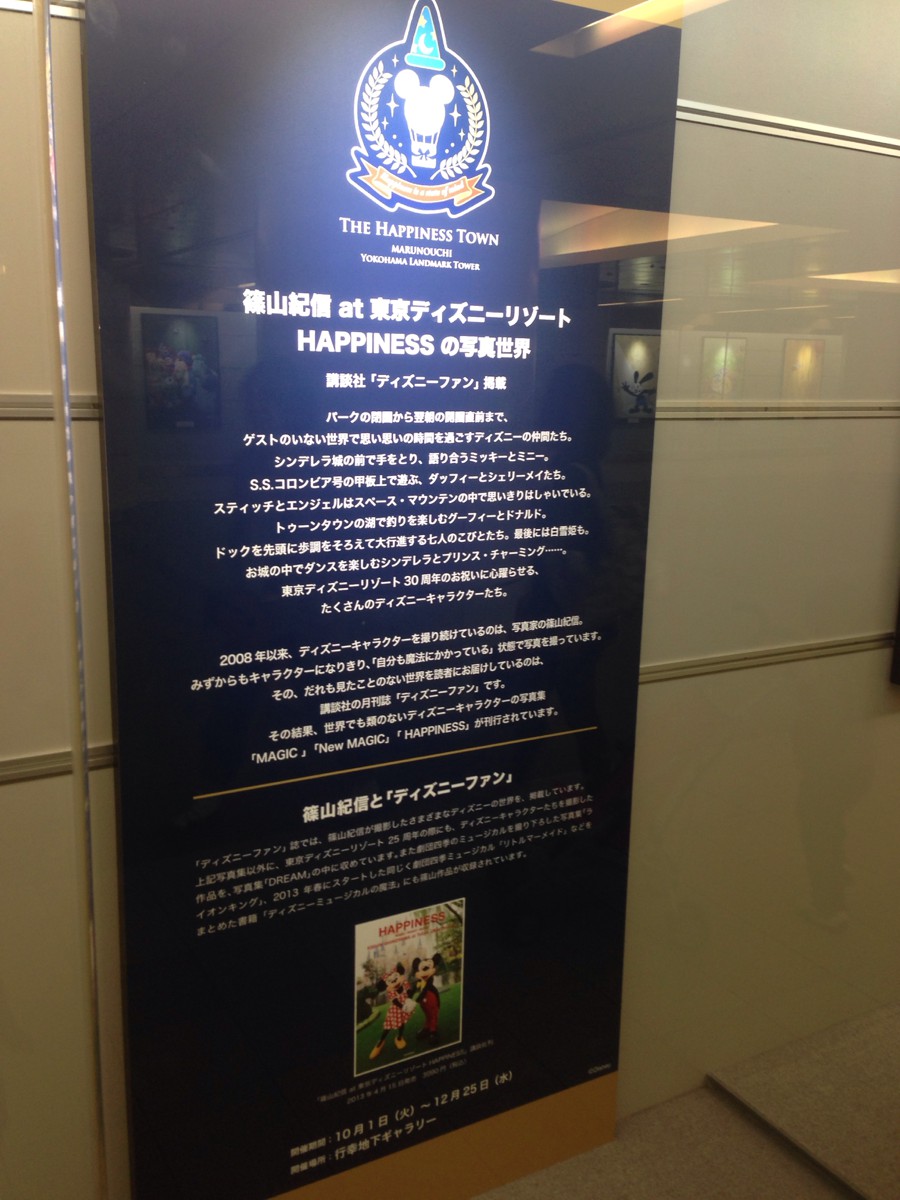 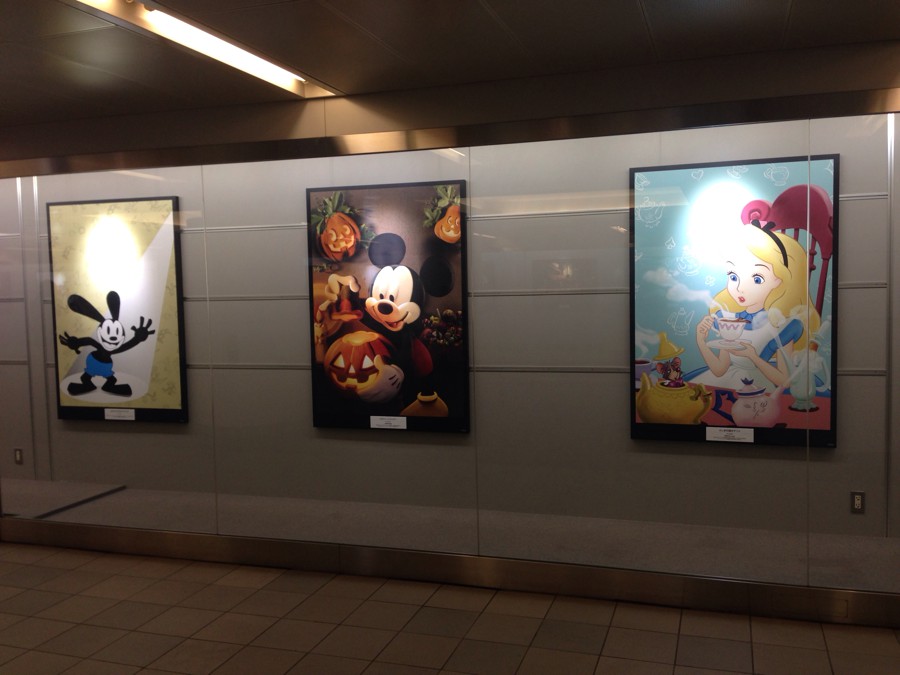 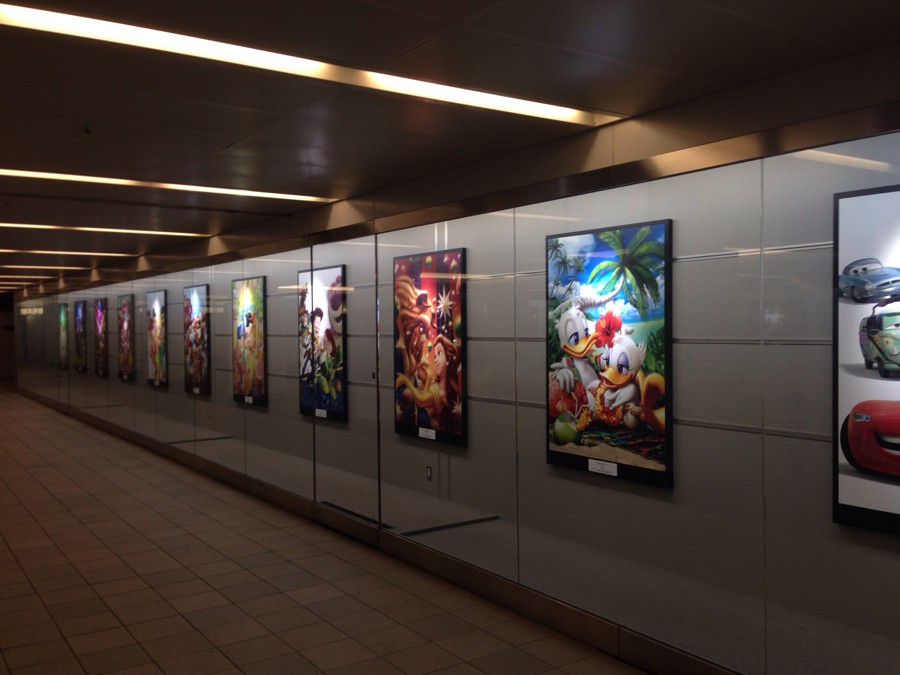 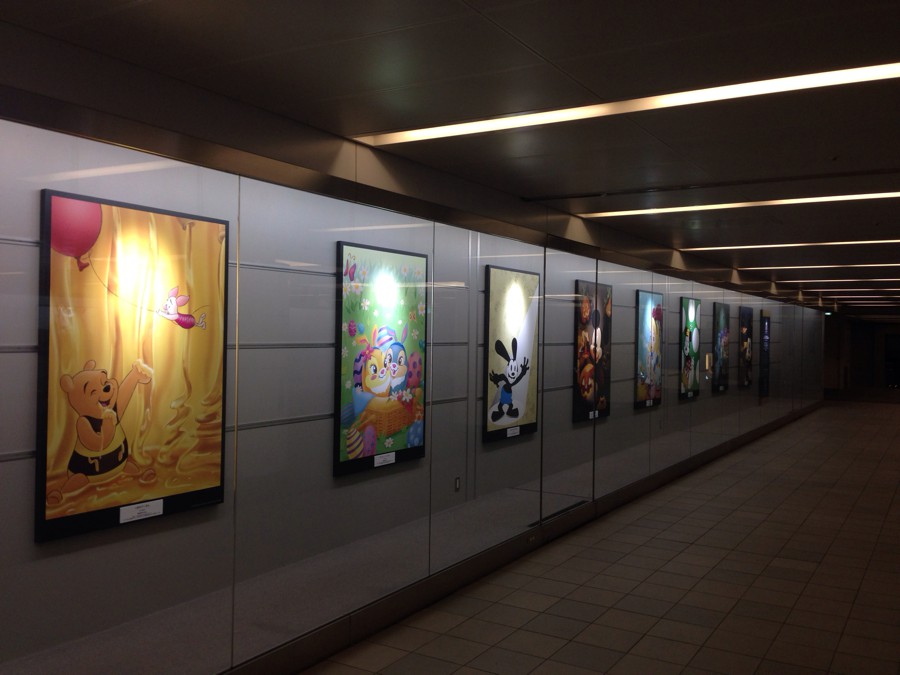 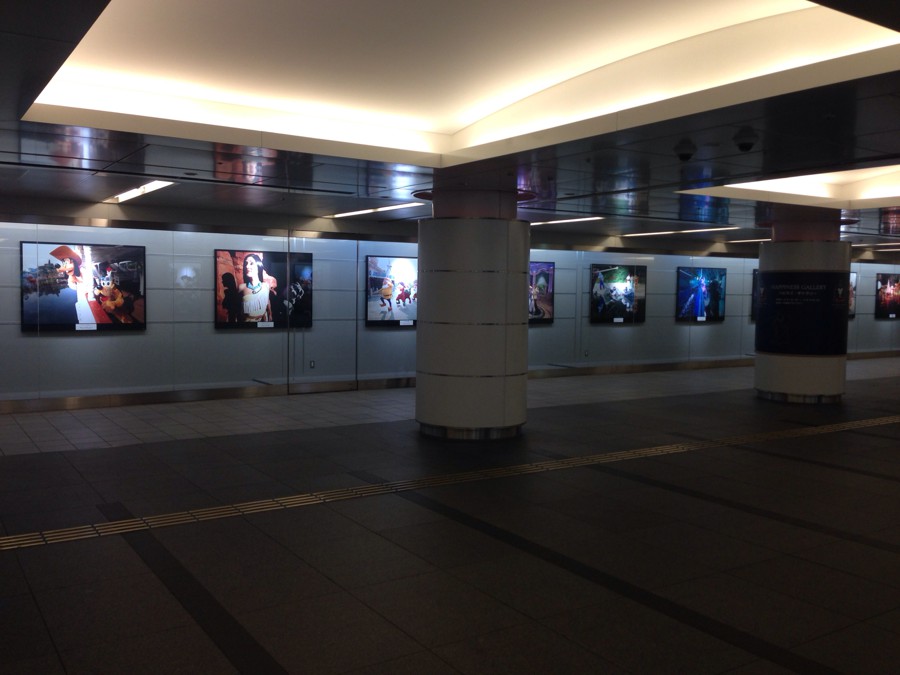 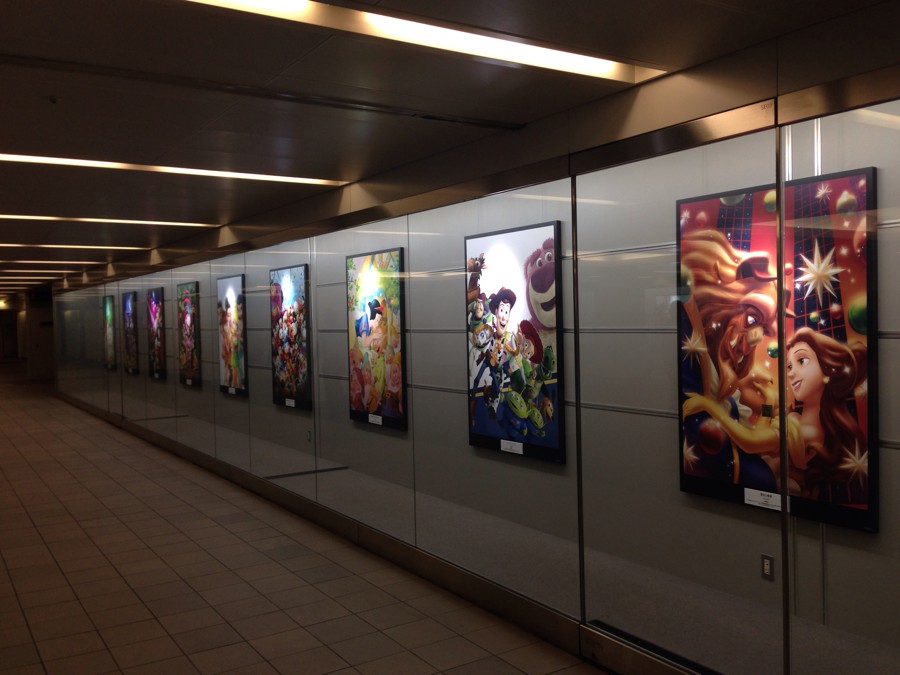 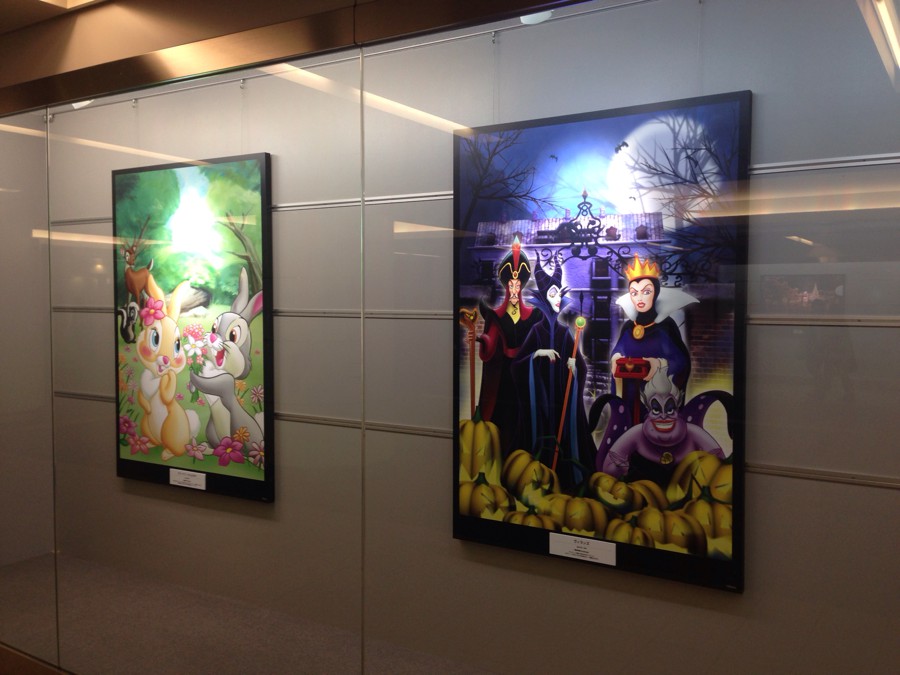 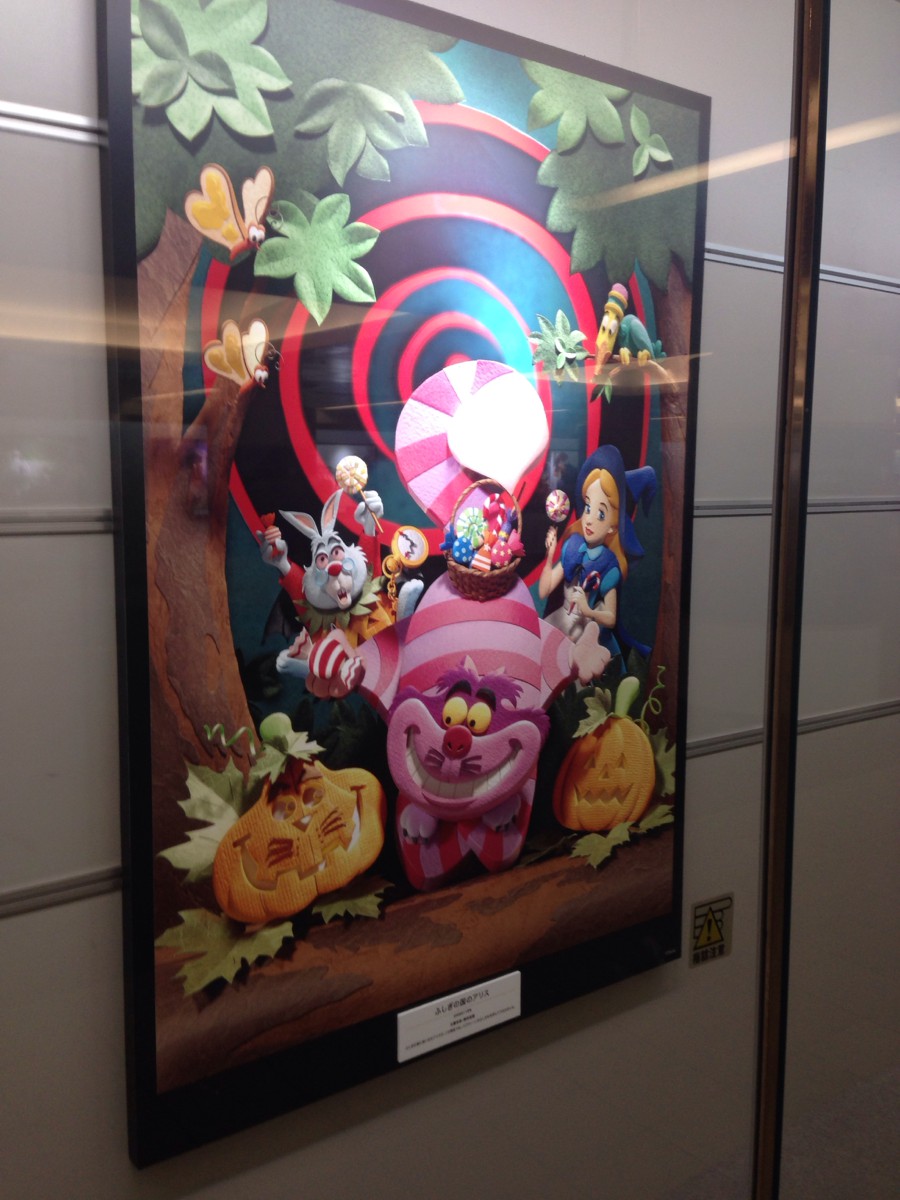 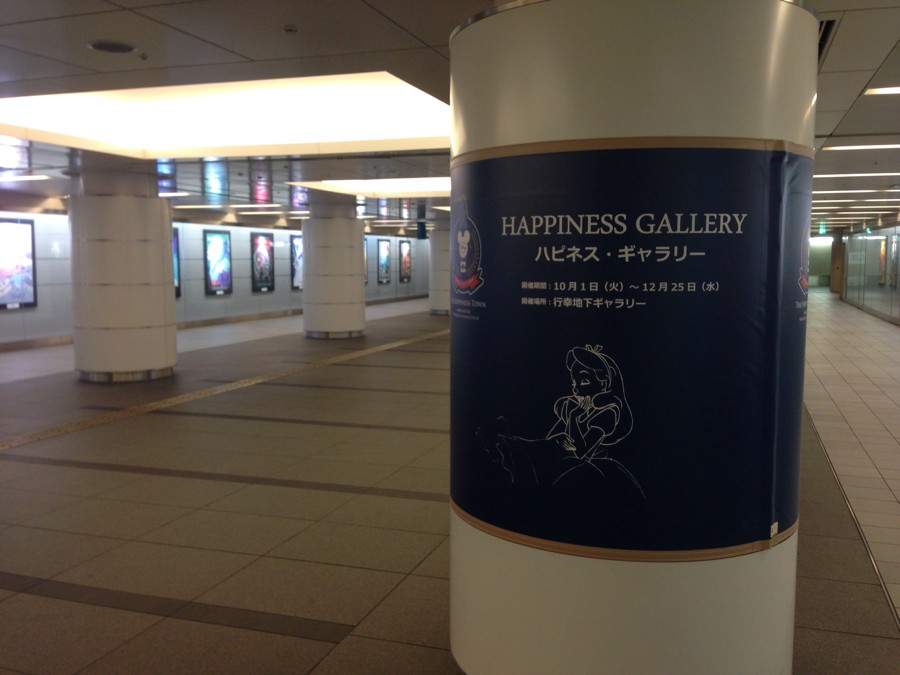 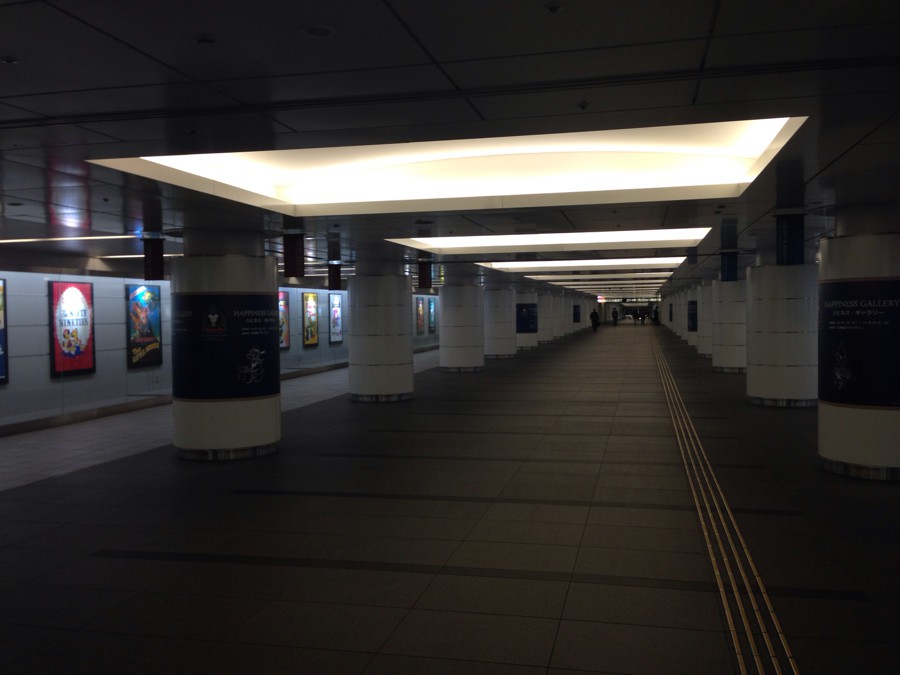 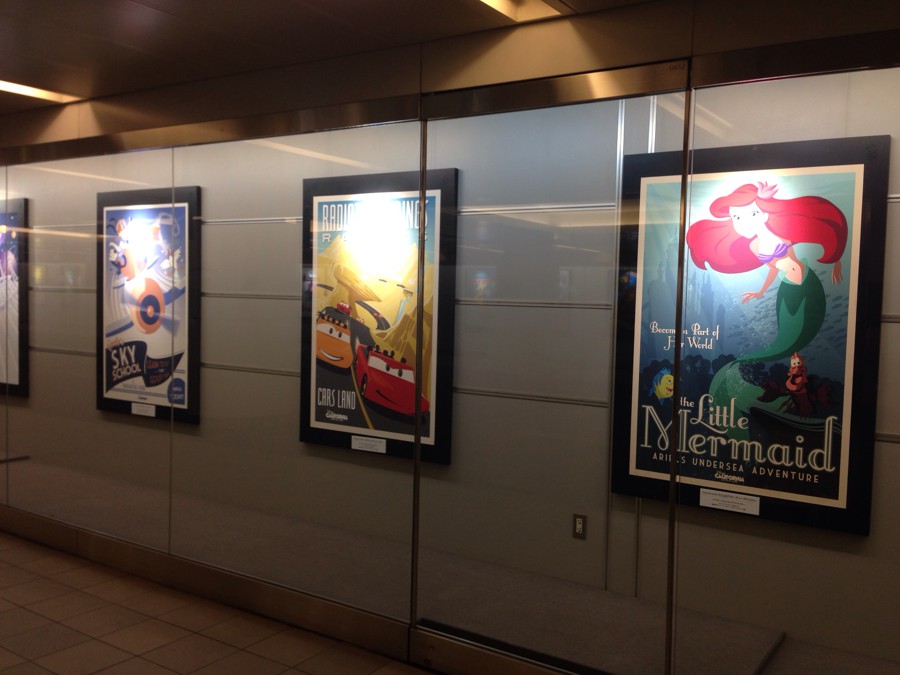 The hallway of pictures was really long, and there was Disney soundtracks playing through the station ♡

They even had a station to read/check out Disney related magazines etc. 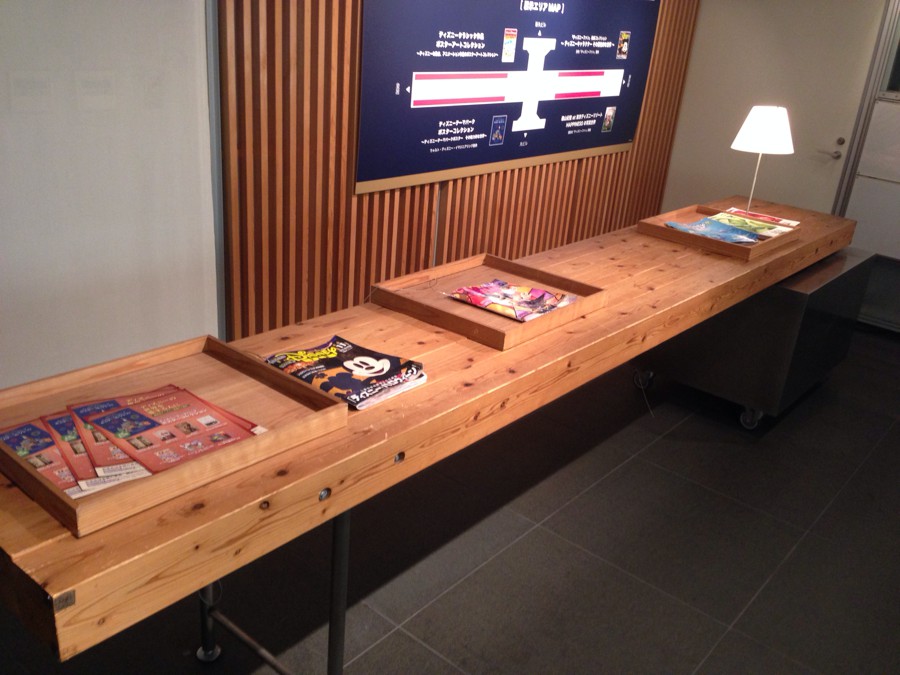 I really wanted to see the miniature gardens around the area, but unfortunately they were removed due to the typhoons that have been hitting Japan lately. Which is too bad, cause the concept seemed really cute: 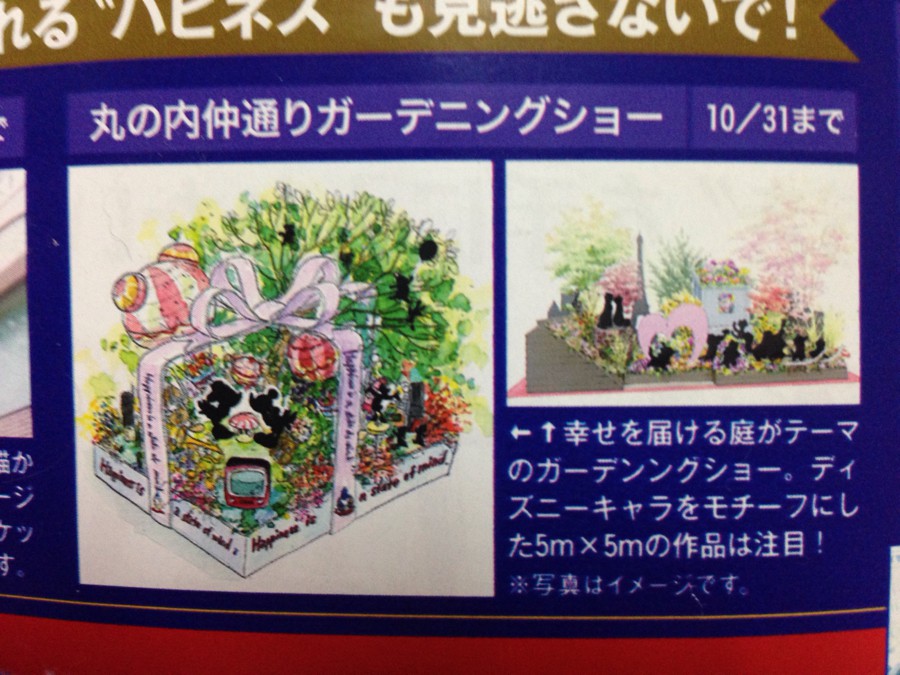 But they still had the ”Happiness Hanging Baskets” up. The main streets were decorated with various characters. 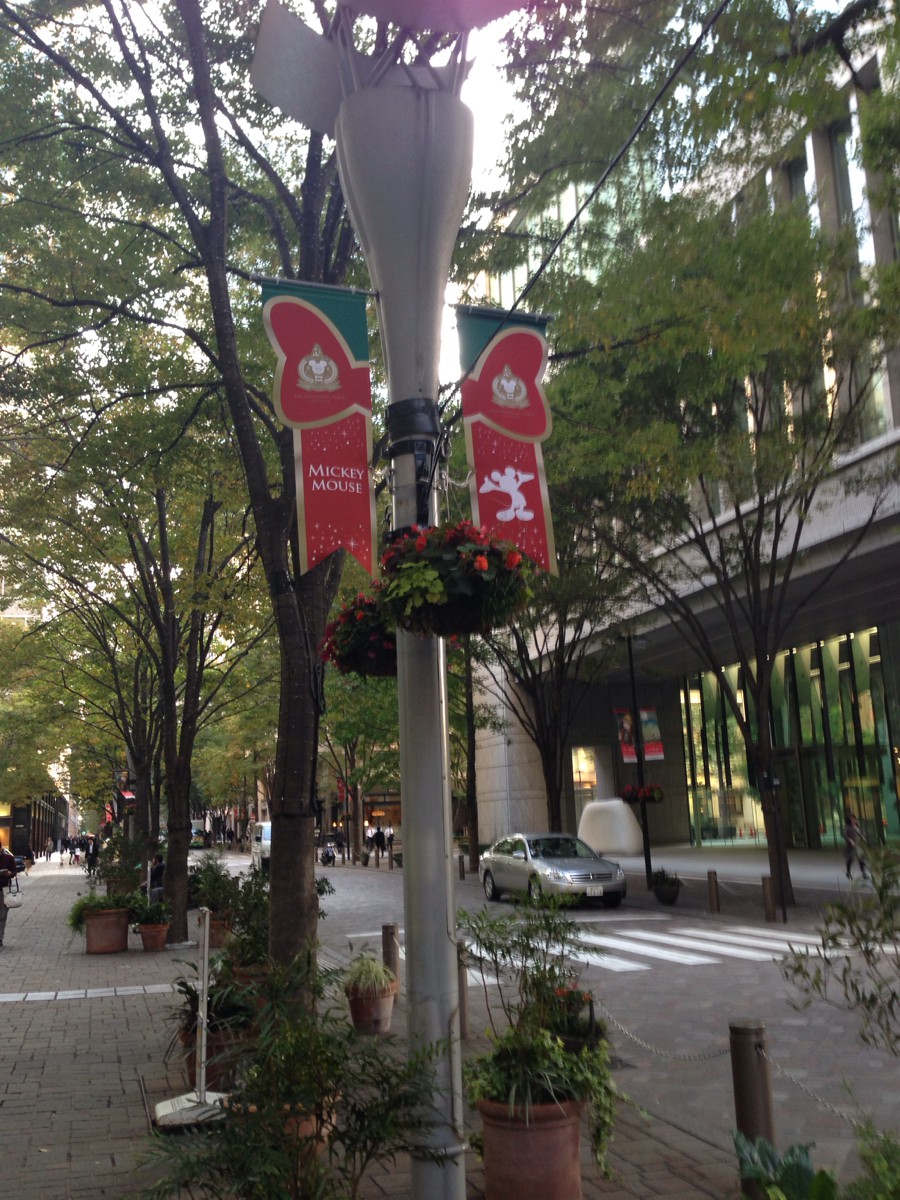 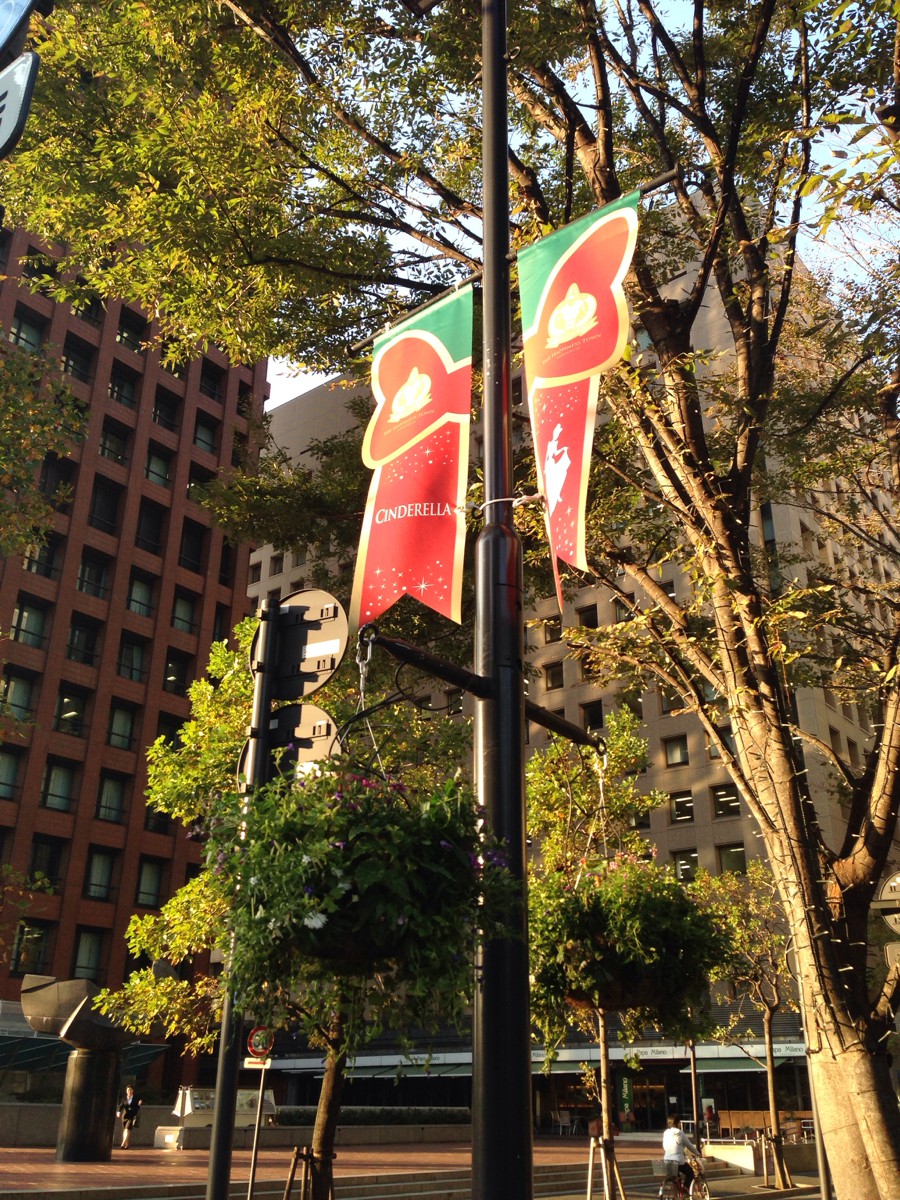 I couldn't stay long, so I didn't get to see the evening illumination this time, but there's still time left for that since it'll stay up until Christmas. The lightbulbs are shaped like Mickey! 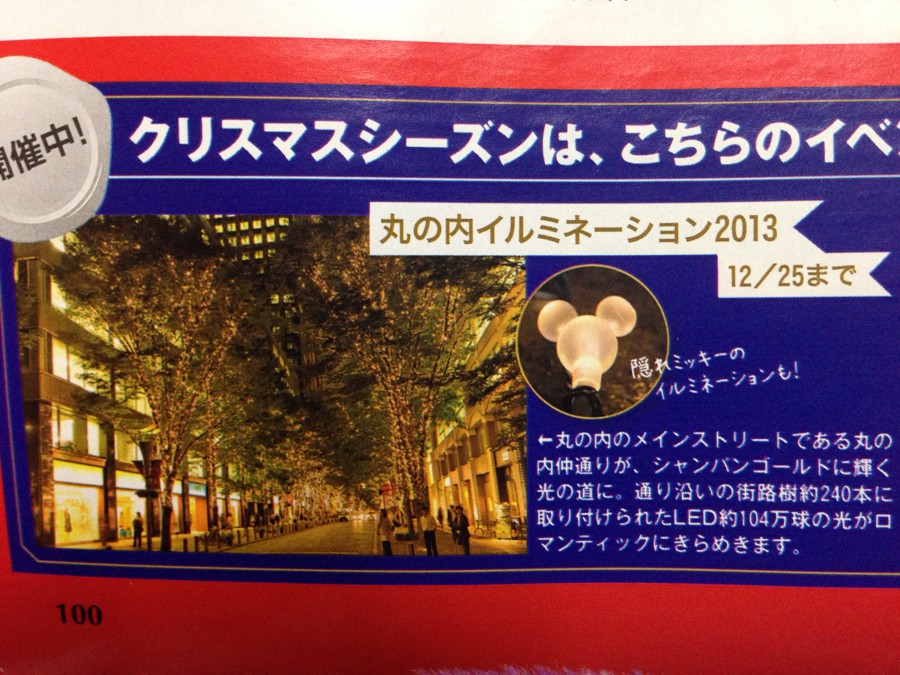 Next month, once Halloween is over, Christmas illumination will start appearing all over town (as usual) ♪ And both in Tokyo and Yokohama they are doing Disney themes this year, so I'll go look for them once they're up! The preview pictures look cute. 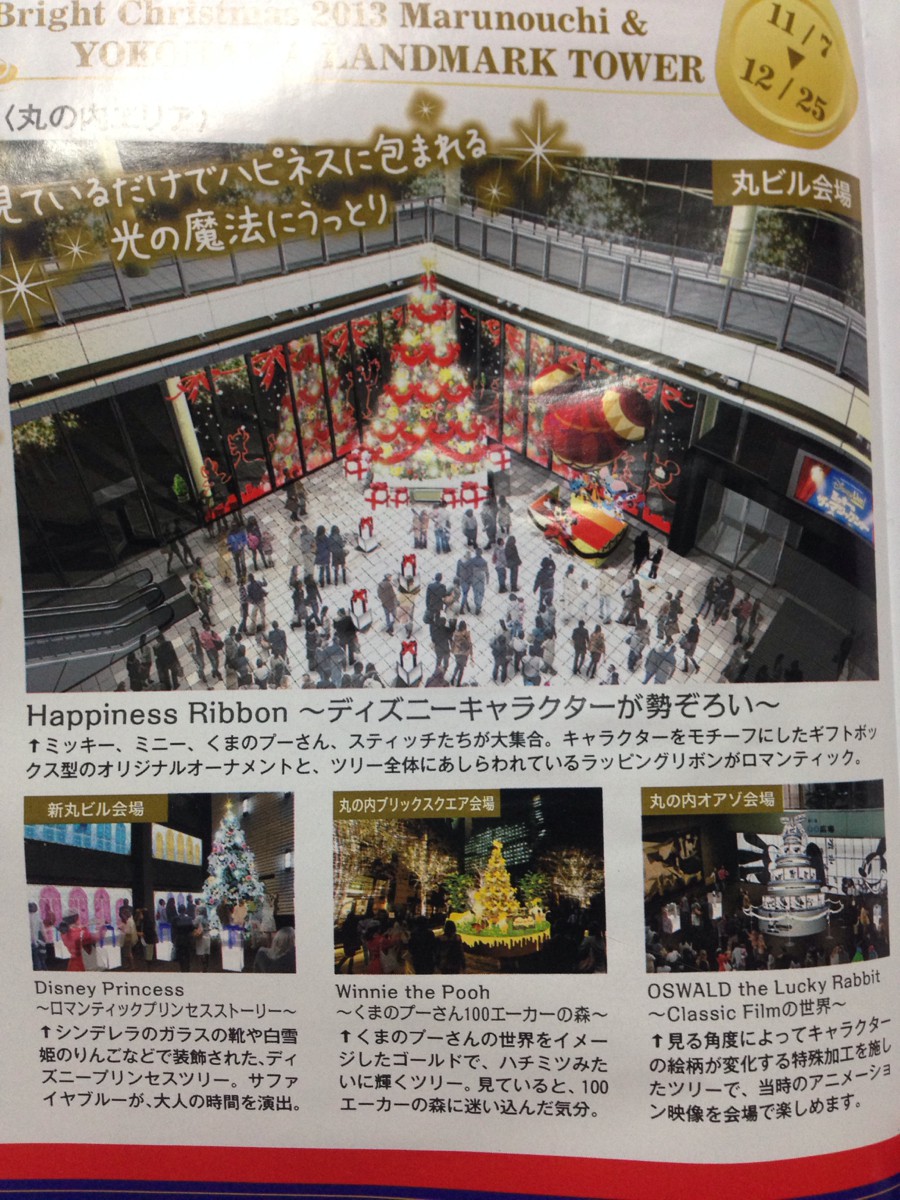 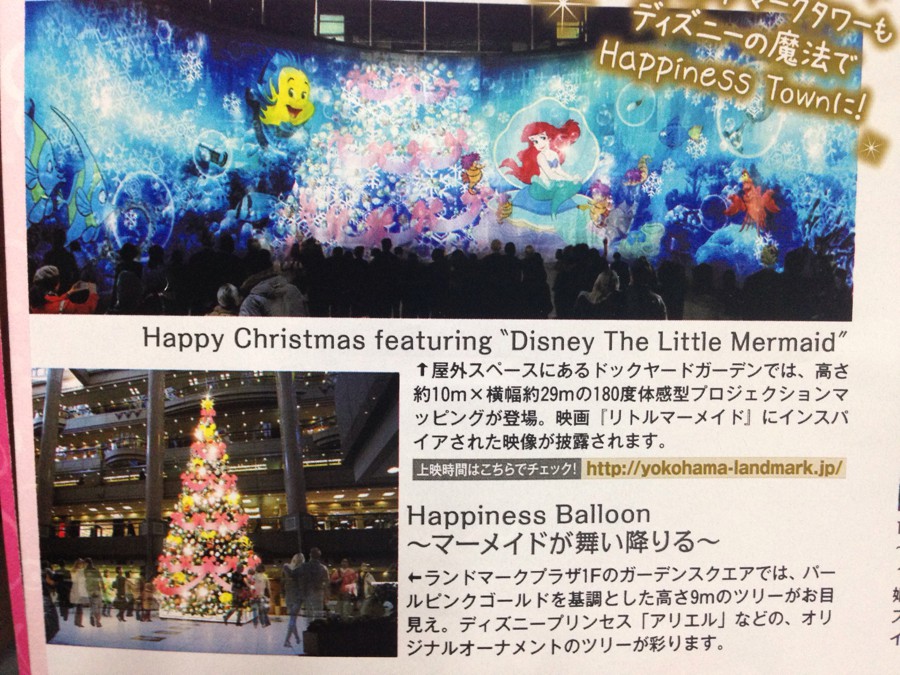 Generally looking forward to the illuminations (^o^) I really like December in Tokyo.